We didn’t anticipate many quarterbacks to be selected in the first round of the 2022 NFL draft, but it is a little surprising to see just one passer go off the board — with Pitt Panthers product Kenny Pickett partnering with his hometown Pittsburgh Steelers. Pickett was widely considered the safest quarterback in the draft class, and NFL teams supported that thinking through their actions on Thursday night.

Still, there are other passers who expect to go off the board quickly on Friday during the second and third rounds. One of them being Liberty signal-caller Malik Willis. Willis has the highest ceiling of any rookie in the group thanks to his immense physical tools, high football IQ, and charismatic leadership qualities. But the college offense he played in (and, frankly, the low level of competition he faced) did little to develop his skills as a passer, so he’s going to need time to polish his mechanics and get more comfortable surveying the field to attack all levels of the defense.

Frankly, there might not be a better fit for him than New Orleans. Willis would slot in as the understudy for Jameis Winston with Andy Dalton poised to step in should Winston miss time with another injury. Willis wouldn’t be pressured to start games before he’s ready or win over a locker room. Saints quarterbacks coach Ronald Curry could spend the year working with him while Winston focuses on leading New Orleans back to the playoffs — much like Alex Smith did with the Kansas City Chiefs prior to Patrick Mahomes’ emergence as one of the best football players on the planet.

But you have to wonder if the interest is there for the Saints. They’ve been keeping tabs on Willis and other prospects like Desmond Ridder, Sam Howell, and Matt Corral for months, and they may like another more pro-ready quarterback better. They also aren’t in the greatest position to pick their favorite passer at No. 49 overall, with 14 different teams picking ahead of them at least once.

Plus, New Orleans still has some very real holes to address on their roster. They need another safety, another defensive tackle, and maybe a running back and a tight end. They’re also down to their last remaining pick inside the top 10, with just two more selections in this year’s draft (at Nos. 161 and 194) at their disposal. If they spend their last premium pick on a player who isn’t getting on the field as a rookie, it’ll be tough to address more immediate concerns.

There’s the rub. Teams don’t always make draft-day decisions with the immediate future in mind; oftentimes these picks are part of multiyear plans. That was the case last year when New Orleans drafted Payton Turner to eventually replace Cameron Jordan or Marcus Davenport. General managers with strong job security like Mickey Loomis can afford to wait a few years for a draft pick to pan out.

But the Saints have made all-in moves to prop up Winston by moving early to get him better weapons and better production, so long-term planning hasn’t been the emphasis so far. Maybe that changes if a quarterback they like — maybe Willis — is still available once they’re on the clock. Stay tuned.

Who will draft Malik Willis on Day 2? – Powered By PickUp 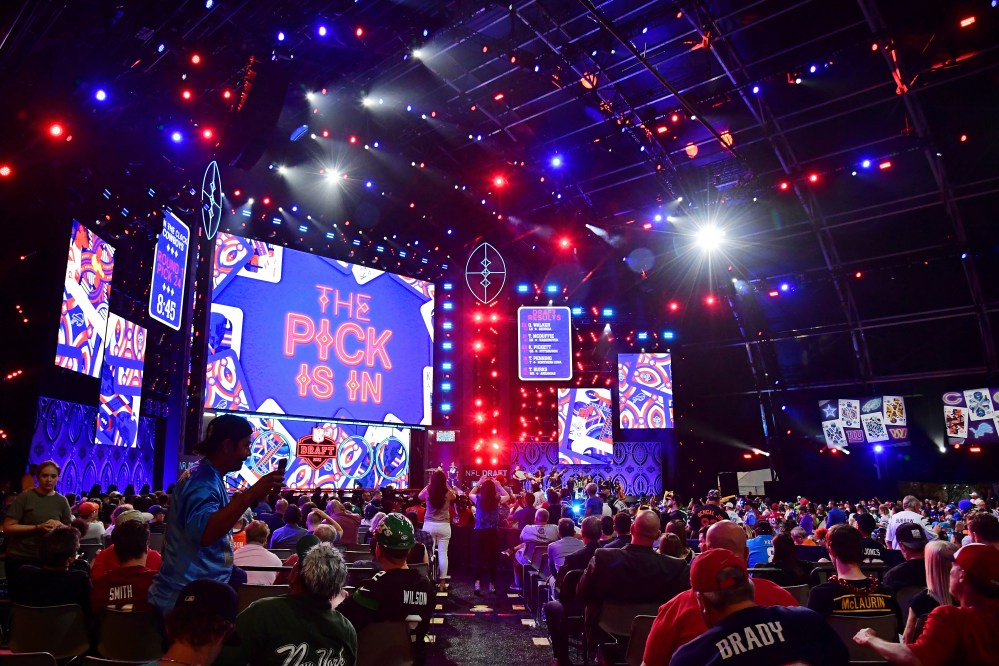