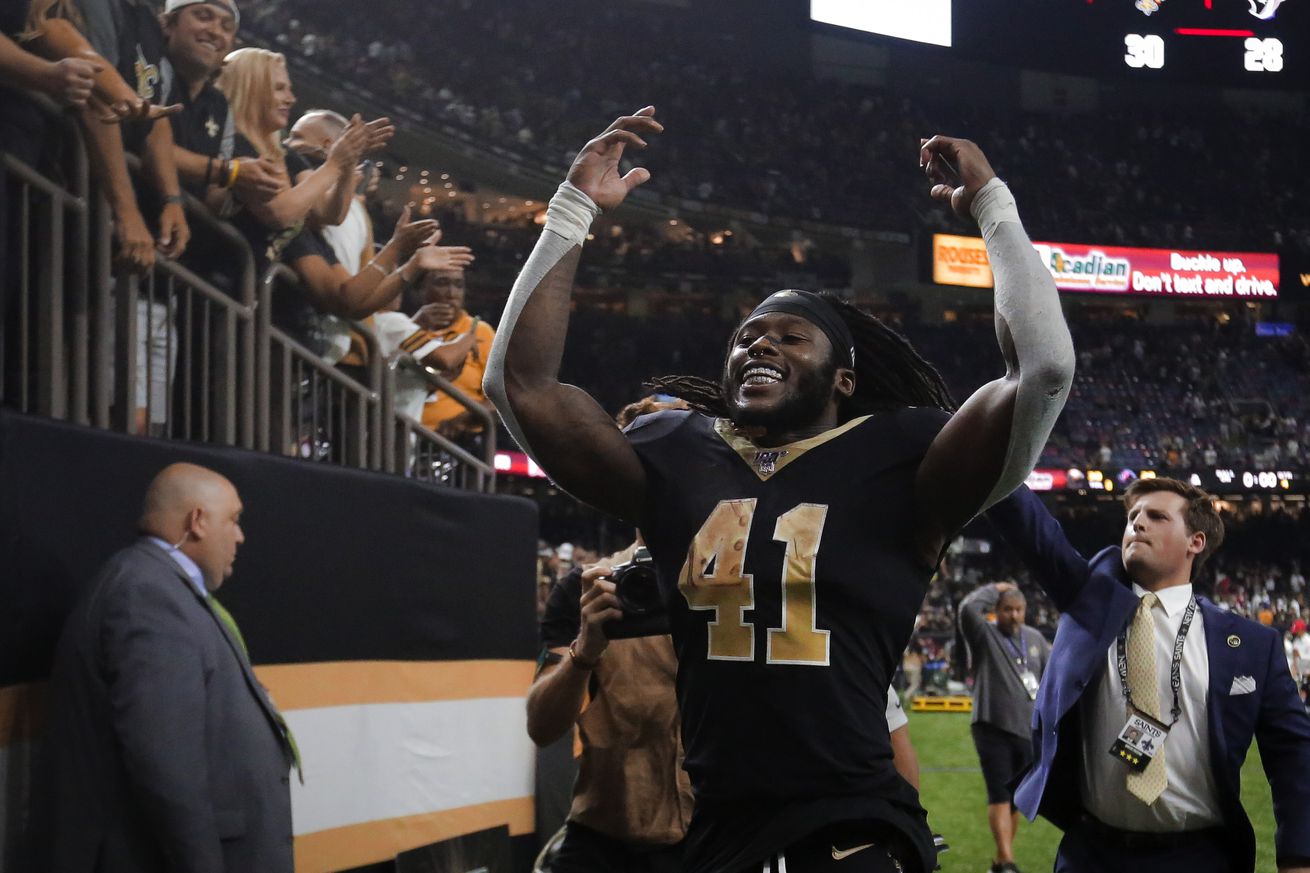 Per reports, Alvin Kamara’s recent absences from training camp are contract-related – which contrary to popular belief is not always a bad thing.

The New Orleans Saints and 2017 offensive rookie of the year running back Alvin Kamara heated up contract talks a little over two weeks ago. Since then, we heard from ESPN that progress could “move” in the next “few weeks”. Now, near that very timeframe, Alvin Kamara has missed a handful of practices and a lot of speculation began to swell.

On Monday, an update was shared by ESPN’s Adam Schefter.

Saints’ RB Alvin Kamara has had an unexcused absence from training camp the past three days and it is believe to be contract related, per sources.

Now, often times when you see the words “unexcused absence” and “contract-related” in a tweet about a superstar player, it can be panic-inducing. However, not all contract-related holdouts are inherently negative.

Alvin Kamara told media not long ago that he told his agent “don’t tell me anything about a contract until it’s like something where it’s happening or it’s something that I need to know.” Also adding that he’s “not concerned with contract talks at all.” So it is understandable why it may feel confusing that someone who isn’t concerned about contract talks would not attend camp over contract-related reasons.

While we are conditioned to think of these “holdout” types of actions as negative, it’s not always the case. It’s important to understand that this could actually signal something positive about the direction of Kamara’s contract talks.

A lot of people are gonna freak out over this, but I wonder if this is a signal that the contract is almost done. If that’s the case, no need to risk injury during camp jeopardizing the new deal. https://t.co/g4ZWP2rO6e

Let’s say that contract talks are close enough that the player and agent feel that they don’t want to risk jeopardizing their progress. If they want to avoid that, one of the most important elements to protect against is injury. This could very well be the case with Kamara. We tend to think of these situations as a disagreement that causes the player to not participate, but at times it is about protecting what are deepening negotiations. We got our first nod toward that possibility from neworleans.football’s Nick Underhill who recently broke down the intricacies of the negotiations.

Now that isn’t to say that a contract is imminent at this time or that anything is guaranteed, positive or negative. Things could wrap up quickly or they could fall though but it simply is not time to worry just yet. Erring on the side of waiting to see how this all unfolds is likely the most advantageous approach.

This is not at all new for the Saints with superstar players. They also saw a similar situation with Michael Thomas ahead of last year’s (at the time) record-breaking deal. Last year’s camp bean on July 25th and Thomas didn’t report until after his deal was complete on July 31st. According to Yahoo! Sports’s Charles Robinson, the Saints and Thomas were deep into negotiations three days ahead of camp. As the talks drew closer, Thomas did not report, therefore not risking injury and progress.

If this happens to be the case for Kamara, hopefully he can follow in his teammate’s shoes and put together a record-setting performance after landing the extension.