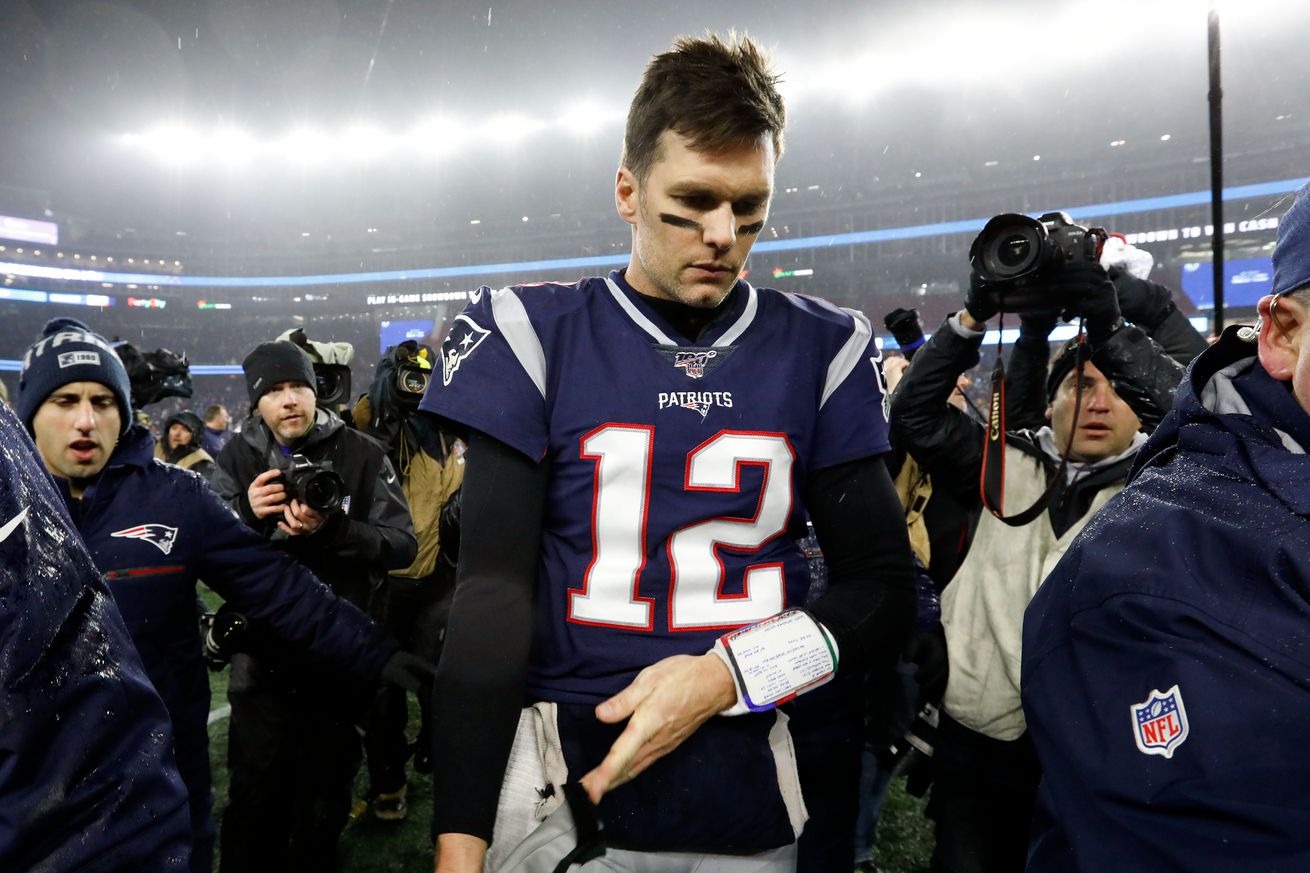 I took a deep dive into what a Tom Brady-led Buccaneer offense would look like, and… it’s pretty scary.

Six-time Super Bowl champion Tom Brady has left New England, and is headed to the NFC South to team up with the Tampa Bay Buccaneers and square off with Drew Brees and the Saints twice a year.

As big of news as this is to digest, the simple fact is the Bucs now have a smart, productive quarterback to get the ball to their vast array of weapons. Add this to the fact that their defense is young and improving with studs like Shaquil Barrett and Lavonte David, and they are definitely a team to be reckoned with.

In the past, Saints fans could take comfort in the fact that no matter how many great receivers Tampa Bay acquired, they still had Jameis Winston throwing them the ball (and therefore throwing the Saints’ secondary the ball). That’s no longer the case.

And if you think Brady is washed because of his age, or that he has a noodle arm, you’re wrong. He may have had an off-year in 2019, but that was mostly due to a lack of viable receiving options.

He’s still got it.

Tom Brady plays to the strengths of the offenses he’s in. In the past two seasons, that’s been dinking and dunking to James White and Julian Edelman, or whatever other scrubs were running routes for the Patriots last year.

In 2017, it was airing it out downfield to Brandin Cooks and Gronk on his way to another MVP trophy. I’d expect glimpses of that in 2020.

He might not be quite the same quarterback he was in ‘17, but I don’t think he’s far from it. And with Mike Evans and Chris Godwin now in his toolbox of weapons, he’ll be throwing to open guys often.

So, here’s what the Saints’ defense should expect from a Brady-led Bucs offense in 2020:

In 2019, the Bucs ranked 30th in the league in play-action passing percentage. Tampa not running a ton of play-action this past year made sense, considering they were behind in a lot of games.

However, even when Bruce Arians was the head coach of the 13-3 Arizona Cardinals in 2015, they ranked 20th in PA %. They ranked 25th or lower in every other season he coached there.

This is typically just how Arians-led offenses operate, with a ton of straight drop-back passes.

Thing is, the Patriots have been the opposite. They’ve ranked in the top-15 of play-action passing rate in the past four years, including top-five marks in ‘17 and ‘18.

And Tom Brady benefited greatly from this. Play action is a proven method to success in the NFL, proven by play-action Gawd’s like Andy Reid and Kyle Shanahan, who run it a ton, and effectively so.

Play action opens up a ton of windows in the passing game, by pulling linebackers and safeties down towards the line of scrimmage, especially if you run it on early downs.

This causes defenders to retreat back to their coverage zones after the play-fake, often turning their back to the QB and missing assignments in the passing game.

It’s also a great way to offset a pass rush, by causing rushers to second-guess whether it’s a run or pass, reducing their effectiveness off the line.

Most importantly, and contrary to popular belief, you don’t have to have a particularly effective run game to set up play action. It obviously doesn’t hurt, but it’s not a necessity, and the analytics community would back this claim up.

Not only did Brady’s efficiency jump when running play action, improving his yards per attempt by 2.1 yards in 2019, but Winston also took a leap. In the rare occasions when Tampa Bay did run PA, Winston’s YPA jumped from from 7.4 to 11.9 yards.

Not to mention, the Bucs ranked 3rd (!!) in the league in estimated points added (EPA) per play on play-action passes in 2019.

Once he starts getting acclimated in the Bucs offense, I would imagine one of Brady’s requests to Arians and offensive coordinator Byron Leftwich will be to alter their philosophy a bit and run more play-action. They would be smart to listen.

Since 2015, 482 of Tom Brady’s targets have been to running back James White. On these types of targets, there isn’t much depth downfield.

Around 90 percent of Brady’s targets to players out of the backfield since 2015 have been short of the sticks.

Look for this to change.

A big reason as to why we saw the high volume of targets to White and other running backs from Brady lately was his lack of faith in his receivers.

In 2019, Pats receivers dropped 37 passes, tied for the sixth most of any receiving corps. They only caught 14.5 percent of contested catch opportunities.

On the contrary, Bucs receivers only dropped 24 passes, sixth-fewest in 2019. They had a contested catch rate of 21.4 percent.

Brady now has a reason to trust his receivers, and I expect him to take more chances throwing to them than he did in 2019.

Not only this, but Arians’ passing attack almost forces his quarterbacks to target receivers by eliminating the option of throwing to a running back.

They’ll often have the running back stay in to block, with only intermediate/deep routes available on a play, like the one above.

This is a flood concept to the trips side, with switch routes to the outside. There’s no check-down option, forcing Winston to find Evans on the deep out from the slot.

This will be an adjustment for Brady, who is accustomed to having check-down options pretty regularly.

Look for Brady to air it out downfield in 2020

If you didn’t notice, these aren’t very high numbers!

BUT, much of this can be attributed to his mediocre receiving weapons in these seasons, as previously mentioned. Julian Edelman was his only consistent receiver, and even he does most of his work underneath.

Rob Gronkowski was in his final season and beginning to decline. After that, it was slim pickings.

The last time Brady had a serious deep threat was his 2017 MVP season, with Brandin Cooks. The ‘17 offense featured a full-strength Gronk, as well as Danny Amendola.

Brady’s average depth of target in that season? 9.5. That ranked sixth among QB’s with at least 350 dropbacks.

Including the postseason, the Pats actually led the NFL in pass attempts of 20 or more yards downfield in 2017.

And they were one of the best teams in the league from an efficiency standpoint when they took those deep shots. They ranked sixth in the league in EPA per play on 20+ yard pass attempts.

This just goes to show that when Brady has weapons, he can still sling it. Hell, even when he had no one to throw to last year he still ranked 13th in EPA per play on deep balls.

From the Saints standpoint, it’s going to be very important to keep adding pieces in the secondary to try and combat Brady and the Bucs’ receivers. The addition of Malcolm Jenkins helps, but the no. 2 cornerback position is still up in the air.

This needs to be shored up if New Orleans wants to bring home another NFC South title, because Brady and the Bucs are not to be taken lightly.