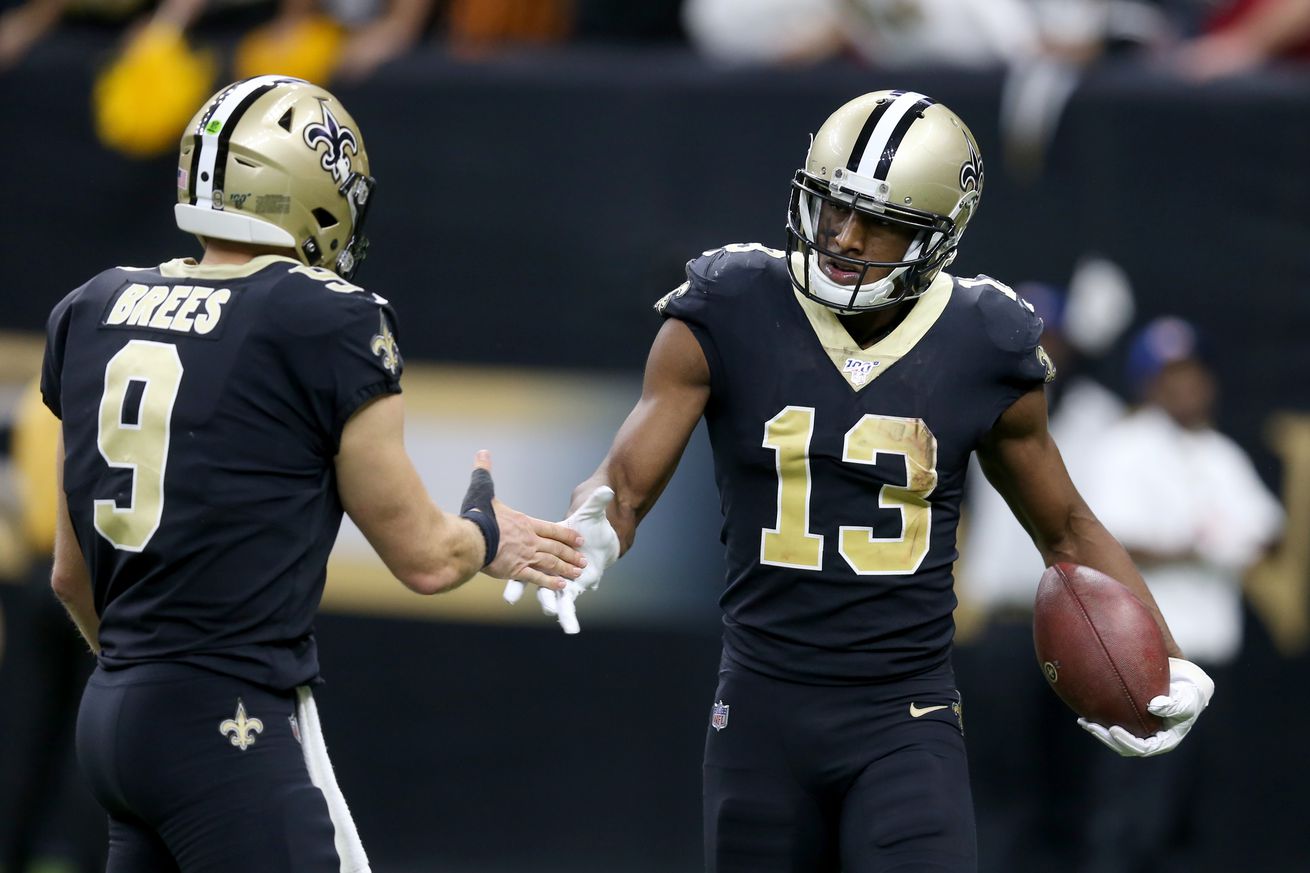 After a record-breaking 2019 season, there are some high expectations for Michael Thomas in 2020. How will the wideout fare next season?

New Orleans Saints wideout Michael Thomas had one of the most historic seasons during the 2019 campaign. En route to earning the NFL Offensive Player of the year award, Thomas set the new record for receptions in a single season with 149. However, Thomas’ accolades did not stop there. After securing 1725 receiving yards and nine touchdowns, the receiver was legitimately in the Most Valuable Player (MVP) discussion.

High expectations remain for Thomas entering the 2020 campaign. New Orleans has maintained an “all in” approach this offseason as evidenced by bringing back Drew Brees, and Andrus Peat, while also bringing in safety Malcolm Jenkins and wideout Emmanuel Sanders. It is clear that a “Super Bowl or bust” mentality is helping direct the Saints’ transactions this offseason.

Thomas will play a massive role in helping New Orleans achieve that goal, but what can the team, and fans expect from the superstar in 2020? After all, a legitimate second option in Sanders will be lined up across from Thomas in 2020.

Other Worldly Yards and Receptions

Thomas will continue to have some of the most reliable hands in the NFL come 2020. While it is almost certain that 140-plus receptions will be unlikely, Thomas should still be able to easily secure 100 receptions over the course of a 16-game season. It is reasonable to assume that Sanders will eat into some of that share, but that is a good thing because it leaves the door open to be more productive in other areas.

Those other areas include receiving yards. The 1725 yards Thomas earned in 2019 was the seventh best season by a wideout in NFL history. It’s even more impressive when one considers that Thomas was heavily double teamed throughout the majority of the season. Now, Sanders, Jared Cook, and a healthy Alvin Kamara will force teams out of double coverage. This allows Thomas to do what he is best at, which is create yards after catch (YAC) with much more ease. While the addition of Sanders will likely reduce his reception count, it is quite likely that his receiving yards will remain in the same neighborhood as his 2019 production.

A Larger Role in Leadership

Thomas’ responsibilities on the team have increased every year since he was drafted in the second-round of the 2016 NFL Draft. Increased responsibility and leadership will be expected from Thomas in 2020. Between being an offensive leader, and Brees’ most-trusted target, Thomas will be expected to expand his role in the locker room.

Even with the addition of a veteran presence in Sanders, New Orleans is expected to draft a young wideout in the 2020 NFL. As such, Thomas will be influential in helping develop the new offensive players, as well as introducing and instilling the culture that the Saints have cultivated over the last few years. Furthermore, the example and standard that Thomas has set will be the bar that all future receivers will hope to reach.

Entering the second year of his mega deal, Thomas will be expected to maintain his production while increasing his role as a leader and veteran. He is up to challenge, and we imagine he will once again exceed all expectations come the 2020 season.