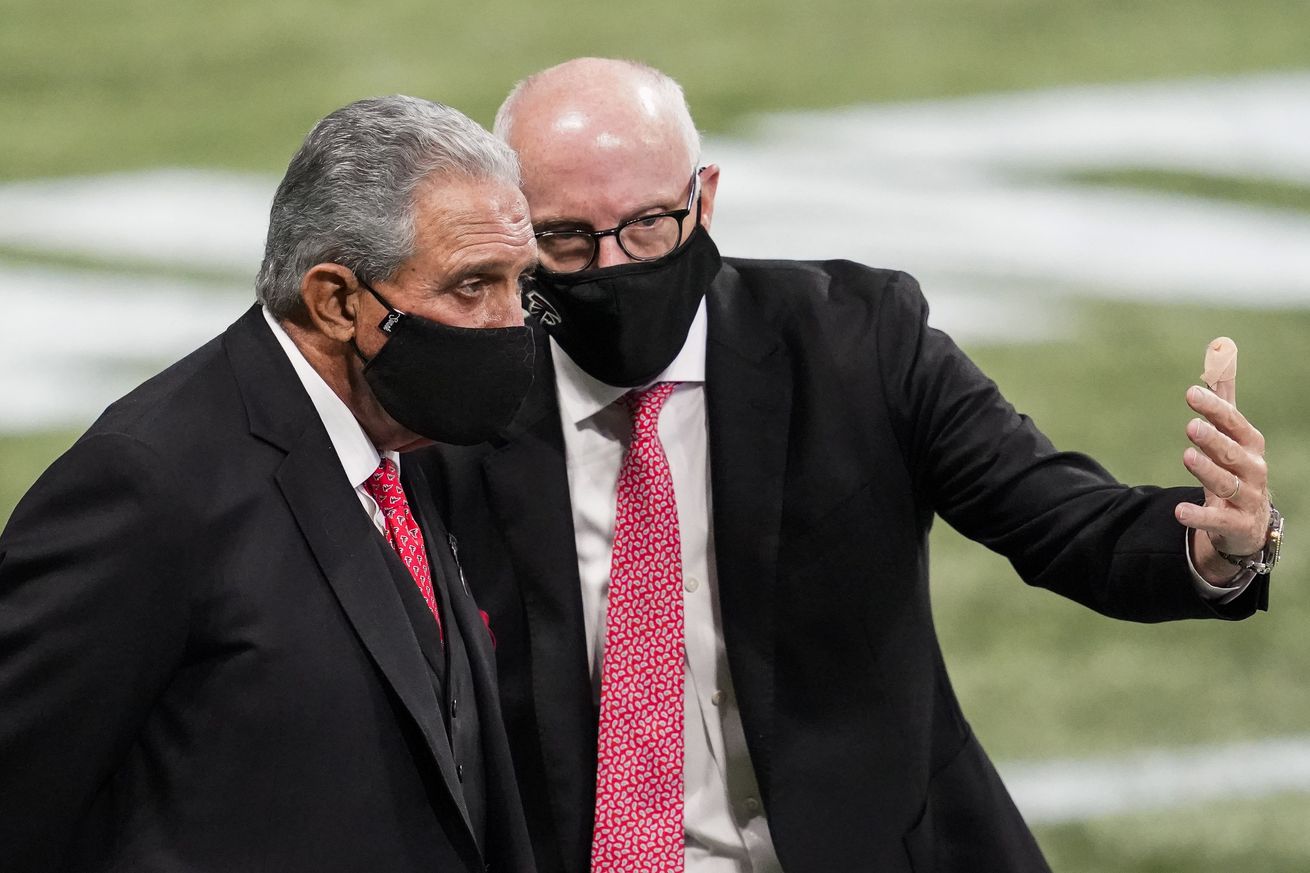 The Saints and Buccaneers continue the race for the number one spot in the NFC South.

If there was a compilation of the five worst game finishes of the 2020 season, the Atlanta Falcons may finish with all five spots. The Falcons/Lions matchup in Week 7 may have been a parody on display by the football gods. Todd Gurley doesn’t bleed the clock in the final 2-minutes, but he decides to reach the end zone. Detroit Lions linebacker-Jamie Collins swings his arms up in celebration for the Falcons making the mistake of surpassing the white line. Yes, that happened. The Lions and Falcons showed that they deserved each other in Week 7. Nonetheless, the Falcons managed to squeak out the loss.

As for the other NFC South counterparts, there was more promising play. The Carolina Panthers put up another dog fight against the New Orleans Saints without running back Christian McCaffrey, but it wasn’t enough for the Panthers close 24-27 loss. As for the Tampa Bay Buccaneers, they won another game against the competitive Raiders squad. So, I mean they have to be the best team in the NFL? Right?! Actually, they might be the best team in the last ten years! Have you seen Tom Brady sling the football to Rob Gronkowski!? Yes. That’s not me. That’s every analyst who cherrypicked the Buccaneers to win the Super Bowl and that’s their follow-up attitude towards the 5-2 team, who is getting more praise than the well oiled San Francisco 49ers machine and steam rolling the Baltimore Ravens squad in 2019. Weird.

All in all, let’s take a deep dive into the four NFC South teams and unravel where they stand!

If you are an avid Saints supporter, you would know what to expect out of Drew Brees in Week 7. It would seem like he would struggle without Michael Thomas and Emmanuel Sanders! Wrong.

Who Dat Nation knows that injuries and odds can sometimes throw the Saints back in rhythm, because the defense doesn’t know what to expect. This can help the New Orleans offense that’s more about timing and precision than any other offense in the league. This offense holds more “potential” with Thomas and Sanders in the lineup, but it’s not always awful when it’s a mid-regular season game and Sean Payton can flex his muscles against a pedestrian defense.

As for Week 8, the Saints get to take a trip up to Chicago. I will be honest. This isn’t the best matchup for New Orleans. Don’t worry if the Saints struggle or lose this game. They will be facing off against an elite, angry Bears defense. It’s cold weather, Michael Thomas is out of sync, and the Saints offensive line is beat up.

It could be very ugly if the Saints secondary doesn’t show up.

If Colin Cowherd needed a fan to cool himself off over a professional football team, it would be the 2020 Tampa Bay Buccaneers. Colin flopped from riding with the Ravens that he claimed would go 16-0 and flipped to the Buccaneers. Somebody should check on the jersey sales, with that being said.

In all seriousness, the Buccaneers have loads of elite talent. Their front seven is arguably the best in the NFL. Their weapons on offense are lethal.

However, I believe that this is a prime October team. Similar to the Saints in 2018, Tom Brady won’t be throwing 45-yard back shoulder passes in January, I promise you that. I also know that this team lost to Chicago, led by Nick Foles at quarterback.

The Buccaneers may finish 12-4, but the Saints have the same easy schedule. Let’s slow down on the Buccaneers train. New Orleans controlled Tampa in Week 1. It was more than a “Week 1” game in the bayou. Mike Evans always gets shut down by Marshon Lattimore. The Saints run defense did well like they always did. Sure, the Buccaneers have Chris Godwin and now Antonio Brown. Well, In Week 1 against New Orleans, Chris Godwin did solid against New Orleans and Scotty Miller had the best day. I’m not sure if those productive factors will be enough the next time, again.

The Carolina Panthers have lived up to my expectations of being the NFC Sleeper in the 2020 season. Well, they are 3-4, but they’ve played the Raiders, Buccaneers, and the Saints without the best player in the NFL-Christian McCaffrey.

The reason that it’s promising, is because they aren’t awful on defense. Yes, no matter how that sounds. All in all, this team has promising pass rushers and their secondary is competing. It’s good to see that. This defensive line is made up of rookies and second year players. This secondary is well less talented. If this defense can hang tight with their schedule thus far, I’m excited to see how they fair with Christian McCaffrey back on offense.

It’s getting to the point with Saints fans where they’re almost bored or not surprised when the Falcons blow a fourth quarter lead. Again. Again. And again. I’m not sure where to address this team.

I know that the Falcons may have the best wide receiver combination in the NFL. They are also getting Todd Gurley’s legs back. Besides the game losing touchdown, Gurley has been promising.

On the positive possibility of the future outlook, due to the explosion on offense, this team could fix the offensive line and/or secondary and take a huge swing in wins. This happened in 2019 and it could happen in 2020.

Even if it’s too late.