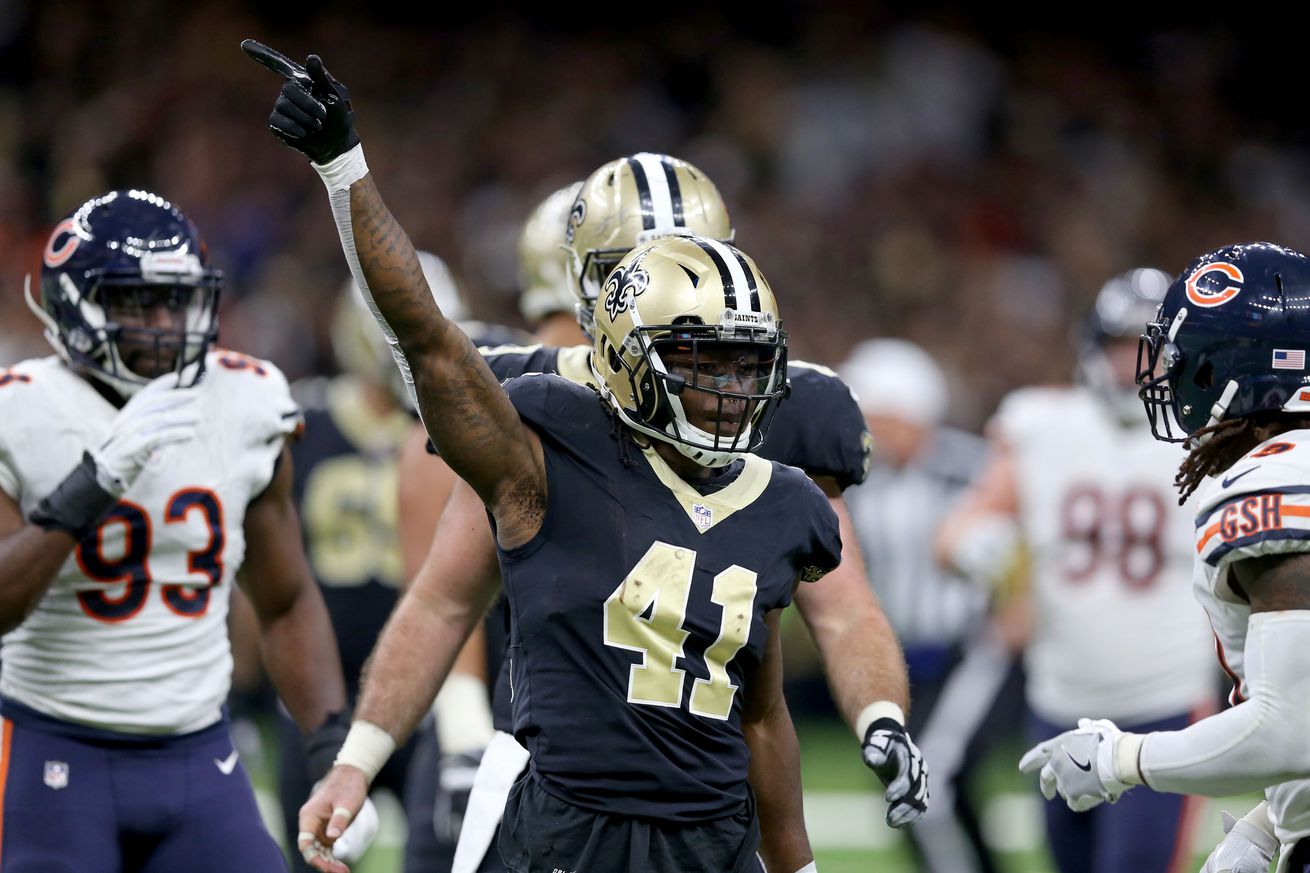 After last week’s game against the Panthers, it appears that the Saints are finally starting to come into their own on the ground. The Saints rushed the ball 29 times for 138 yards, with Alvin Kamara leading the way at 14 carries for 83 yards. In fact, Sunday was a very balanced game for the Saints in general, as Drew Brees was able to succeed passing in the flats to complement the passing game.

Against the Bears on Sunday, expect to see the Saints look to keep to that blueprint to take the pressure off of Brees. The Bears defense has been staunch for the most part this season, with even the blowout loss to the Rams on Monday being closer than the score indicated. The Saints will have to wear them down to be successful.

For the time being, the Bears are 15th in the league against the run. They’re eighth against the pass, so the Saints will have to do whatever possible to avoid passing against Khalil Mack and the Bears formidable rush. Keeping the Bears front seven honest will be key in this game.

The Saints are climbing up in the rushing game rankings, now sitting at 14th in the NFL. Kamara has looked more consistent in recent weeks, with a big part of that coming in the passing game. Expect to see the Saints run a lot of short passes and play action early in an attempt to keep the Chicago defensive front honest.

For the Saints, it looks like Terron Armstead will be able to play. That’s good news, as sixth man up front Nick Easton will be out with a concussion. Andrus Peat has been solid in recent weeks, while Cesar Ruiz looks like he’s coming into his own nicely.

For the Bears, Roquan Smith has been as good as advertised, notching 60 tackles through the first seven games. He’s most capable of shutting the Saints down, as the tag-team of Smith and Danny Trevathan has proven hard to run against.

Expect to see a big Latavius Murray presence in this game as the Saints try to grind the Bears defense down. Murray has appeared to be Sean Payton’s go-to against tougher run defenses, with Kamara often getting touches in the passing game. This is a bit of an exercise of the freedom Kamara gives him, but it works.

This game is going to be a tough matchup for the Saints offense, but the Saints will undoubtedly hope that momentum carries over from last week. In reality, keeping the Bears offense on the field in short spurts will be more important, as the defense tries to force a lot of punts. The Saints can add to that with a good running game. Expect to see a gameplan based around a strong run/pass mix in this one, as the Saints definitely have the edge offensively.