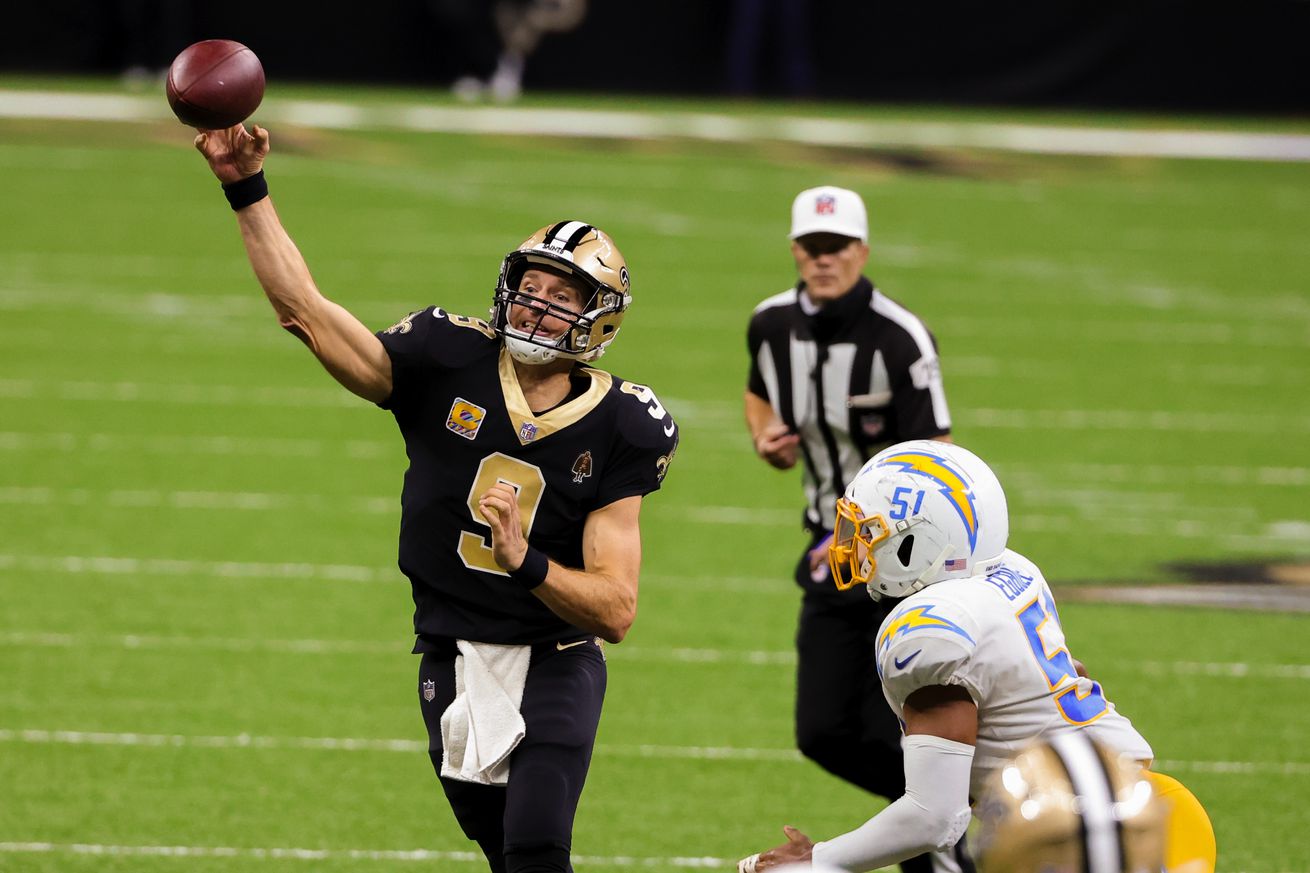 The Saints, Buccaneers, and Panthers stand at 3-2.

The NFC South is cooking up after three teams are sitting tied for first place with a 3-2 record. The New Orleans Saints have climbed out of the dungeon after winning two straight games, while the Carolina Panthers are very spicy after winning three straight.

The Tampa Bay Buccaneers are still the most hyped up 3-2 team in the NFL, but they are coming off a tough loss against the NFC Sleeper-Chicago Bears. Last but least, the Atlanta Failcons have begun lighting the flare with the firing off Dan Quinn and the team’s General Manager-Thomas Dimitroff.

All in all, that’s let’s dig into a bright overview of the NFC South teams heading into Week 6.

Hello, Drew Brees. Hello, Taysom Hill. Meet an efficient game plan in action. At the same time! Drew Brees and Taysom Hill both found the end zone in Week 5. Drew Brees has been taking the heat for his air yardage in this young season. He silenced the haters in Week 5 with 41-yard strike to Jared Cook.

Meanwhile, Taysom Hill found the end zone on a quick rushing touchdown after a play action pass plan went haywire. Taysom Hill did a little silencing of the haters after constant mistakes and lack of production. The duo that ate turkey breasts together after last year’s Thanksgiving matchup, feasted once again.

Looking at Carolina, The Panthers appear to be the NFC version of the Las Vegas Raiders. Their offense is lethal and they take care of the football. As they see their young secondary improve, they’re seeing an elite team unfold.

The key of this game will be how well the Saints can cover Panthers wideout, Robby Anderson. Anderson has flat out been a Top-5 WR this season. As for Carolina, Panthers need to keep up with Emmanuel Sanders who cranked out a career best- 12 catches in Week 5.

2020 has been a year to forget. Saints fans have gotten some closure with how the football gods treated Atlanta. The Falcons have started 0-5 and Dan Quinn met the chopping block. The Falcons head coach is gone, while the GM followed him out the door.

The Falcons get a new head coach and they’re going up against the 1-4 Vikings squad. After seeing the motivated Texans notch their first win without Bob, we might see Atlanta rally for new found passion without Quinn.

The Tampa Bay Buccaneers didn’t quite look like a Super Bowl contender in the Thursday Night Football Header. No, Really?! The Buccaneers looked like they weren’t as explosive as previously sought to be. Gronkowski remains a decoy and Brady misses Chris Godwin.

The Buccaneers might look more beat down on offense than anticipated, but their defense is legit. The run defense is like the condensing, moving wall in “Star Wars-New Hope”, while their secondary has improved, similar to Carolina.

The Buccaneers face off against the loaded Green Bay Packers this week and the hot Las Vegas Raiders in Week 7. The Raiders can go from the popular Super Bowl pick to third place in the division, if Brady’s Bucs don’t get more juice on offense and the penalties don’t go down up front.