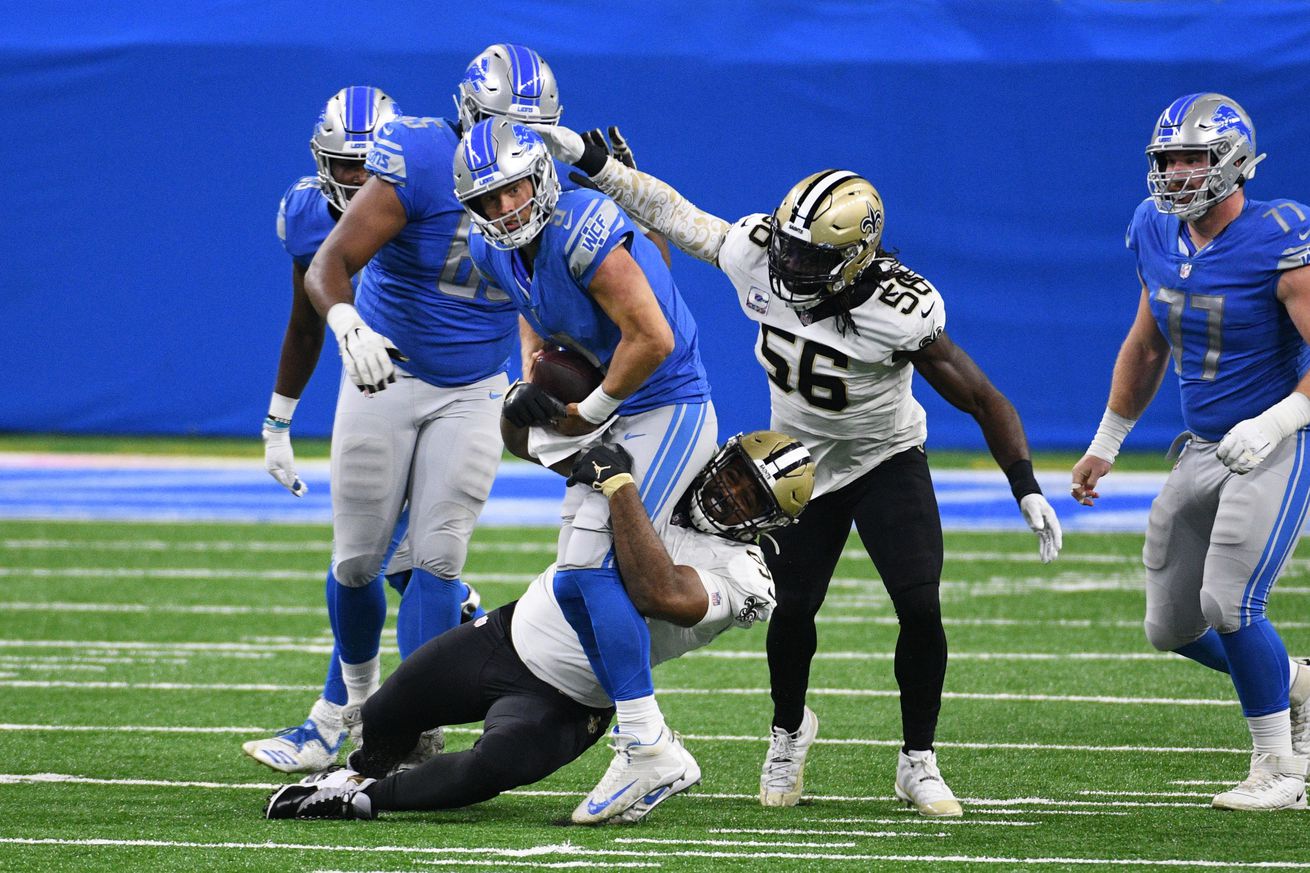 As for the fellow NFC South squads, Tampa Bay grabbed their third win of the season. Carolina looked like an NFC wildcard team with an excellent win over Arizona. The Falcons Fail-coned again. Green Bay stomped the dirty birds with a 30-16 win over Atlanta. Ha!

Nonetheless, the season is young. Let’s take a look at where these NFC hopefuls lie headed into Week 5.

It wasn’t quite the ‘Dome silencer that we’re accustomed to seeing, but it was a ‘Dome silencer for Drew Brees, nonetheless. The quarterback was lethal as he silenced the doubters with a 76%, 246 passing yards, and 2 passing touchdowns on the positive note.

This is the Drew Brees that we’re familiar with. More importantly, Drew was throwing the ball 15+ yards on target. One of Drew’s passes was a 30-yard dime to Tre’Quan Smith. Granted, the route was a crosser for Smith, so Brees had to lob it in the corner with no safety looming. It’s also not fair to judge an opposing corner that lets Smith to run by him with pure speed.

It’s positive to see that Brees can make throws against a compromised matchups. It’s at least possible. The most important part of the Saints win has to be the other wide out-Emmanuel Sanders. We saw the free agent acquisition break out in Detroit with six receptions for 93 yards. When Michael Thomas returns, it will be Sean Payton’s game plan and the offensive line protection to keep Brees from looking like his 2017 version.

The Atlanta Falcons are almost gut wrenching to watch play football. This team has started 0-4, but it’s came in ugly fashion.

To be fair, nobody expected the Falcons to march into Lambeau Field and edge out the loaded Packers squad. This team didn’t really put up a fight, although. Last year, we saw the Falcons demolish the Saints and 49ers when the mur murs of firing Quinn came along. This season, they looked concerned to tackle, play quality special teams, and take risks.

All in all, It’s not a good look for Dan Quinn. We saw Bill O’Brien get fired for leading his team into death valley, also known as 0-4.

If this team can’t win on Sunday against the the Carolina Panthers. They’re sitting at 0-5 and two games behind third place in the south. I’ll take my bet on Adam Gase staying in the league over Quinn if the Falcons lose in a few days.

Tompa Bay is 3-1. This team is looking like a talented, sharp, football team in the NFC. tom Brady hasn’t slowed down and Mike Evans looks like a Top-5 wide receiver. This team has an insane run defense, while their pass rush is ferocious.

The question is: Are the Buccaneers a 10-6 team (2019 Minnesota Vikings), or are the Buccaneers a 13-3 steaming train (2019 San Francisco 49ers). We will get to see how legit the Buccaneers are in the next two weeks. They get a date on Thursday Night Football with a stout 3-1 Bears team. To follow it up, they get to face off against the NFC South killer: Green Bay Packers.

If the Buccaneers can dismantle the Bears without ease, we will expect this team to pose a great game against Green Bay. Chicago deems to be a wildcard pick at the moment, so we will know Tampa is a weight class higher with a win. We will witness all of these scenarios soon.

Carolina was my NFC Sleeper leading into the season. My crystal ball looks more clear with a win over Arizona. All of my claims seem realistic with a classy win on Sunday. For one, I loved the underrated deep threat Robby Anderson facing off against No. two corners each week. I also loved Teddy Bridgewater fitting in with Coach Rhule.

Teddy Bridgewater is in the shadow of Tom Brady and Drew Brees. Possibly Matt Ryan, but who cares. Teddy can take care of the football and convert crucial situations. He showed his skillset with a 70.3%, 276 passing yards, and a 98.5 passer rating.

It seemed like all hope was lost without Christian McCaffrey. The first year head coach-Matt Rhule, said watch this. The young fiery Panthers crew ripped out two straight wins. I can’t wait to see what the best player in the league (McCaffrey), brings to this team after returning healthy.

For now, the Panthers get to face off against the division rival-Falcons. If the Panthers lose, the Falcons are a game behind with another date against Carolina. If Carolina wins, we might be looking at a new head coach in Atlanta and a team that has little spirit left.