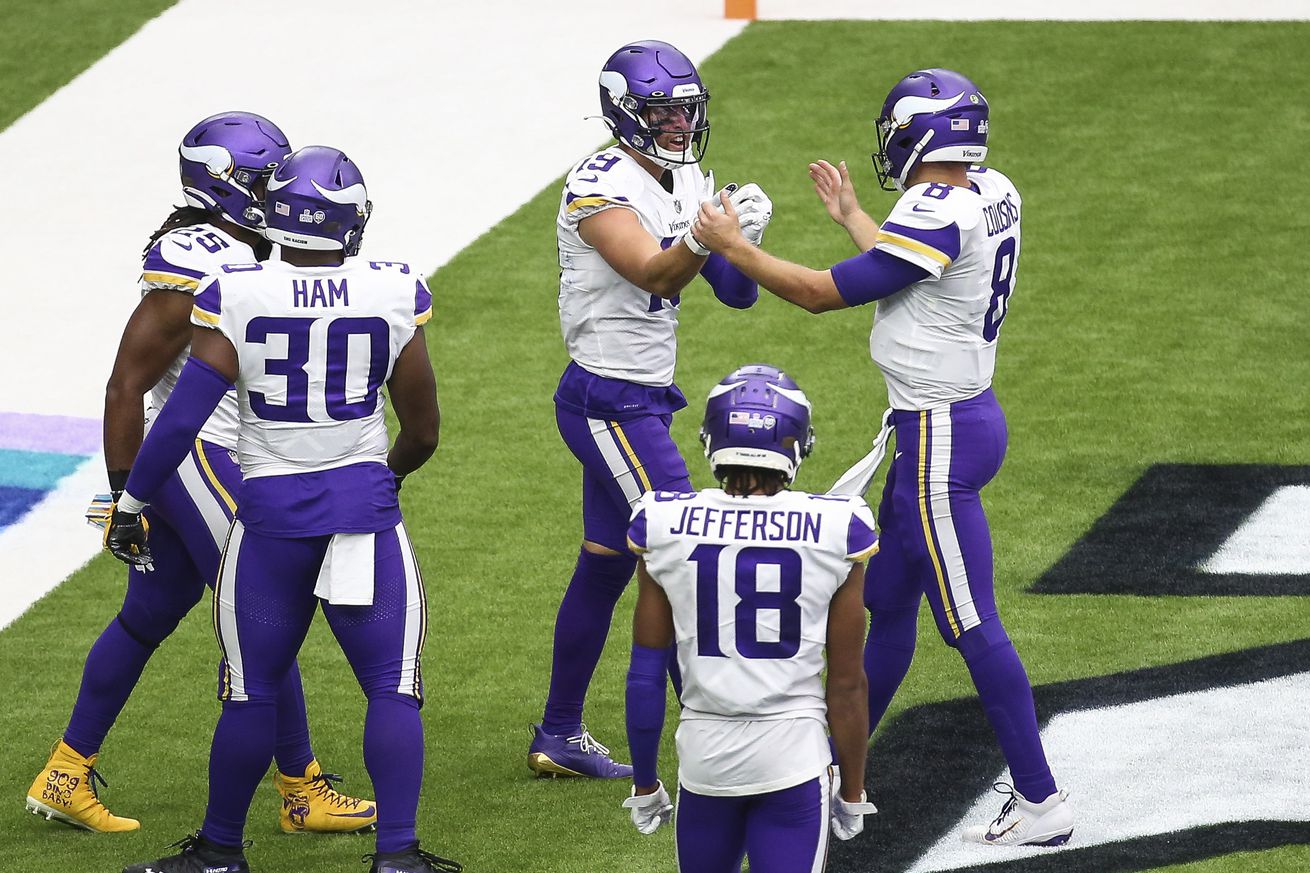 In Week 5, Saints fans can kick back and watch Sunday’s slate comfortably before a Monday Night Football showdown with the Chargers. With the Buccaneers already having lost to the Bears on Thursday, the Saints have a chance to reclaim a lead in the NFC South despite a rocky couple of weeks.

However, there’s still plenty of meaningful football to watch, so don’t get too comfortable. Here’s who Saints fans should be rooting for in Week 5’s NFL schedule.

This is a game where Saints fans just need to bite the bullet and root for the Falcons. They’re horrendous, yes, but the Panthers currently share a 2-2 record with the Saints while the Falcons don’t have a win this year. With the first quarter of the season over, it’s time to start thinking pragmatically, and the pragmatic choice is to want the team closer in record to the Saints to lose.

The NFC East for the moment is an absolute abomination. No team has a winning record, and no team looks posied to break out. Kyle Allen is getting the start against the vaunted Rams’ defensive line, as Dwayne Haskins was benched this week. Pull for the Washington Football Team, but don’t get your hopes high enough to be let down.

The Cardinals, Eagles and 49ers are playing outside of the conference, so as always, go for the AFC teams there.

Honestly this game doesn’t matter all that much in the grand scheme of things. Both of these teams are bad, but the Cowboys seem more likely to break out of the funk. They definitely have talent for it. With that in mind, root for the Giants.

The Seahawks are undefeated, while the Vikings are 1-3. The math is easy, pick the Vikings.

There’s an awful lot going on this week around the league, but who to root for is actually very straightforward. There’s also a lot of wonky scheduling going on in the AFC due to the Patriots and Titans’ coronavirus situations, but that doesn’t affect the Saints’ outlooks all that much.