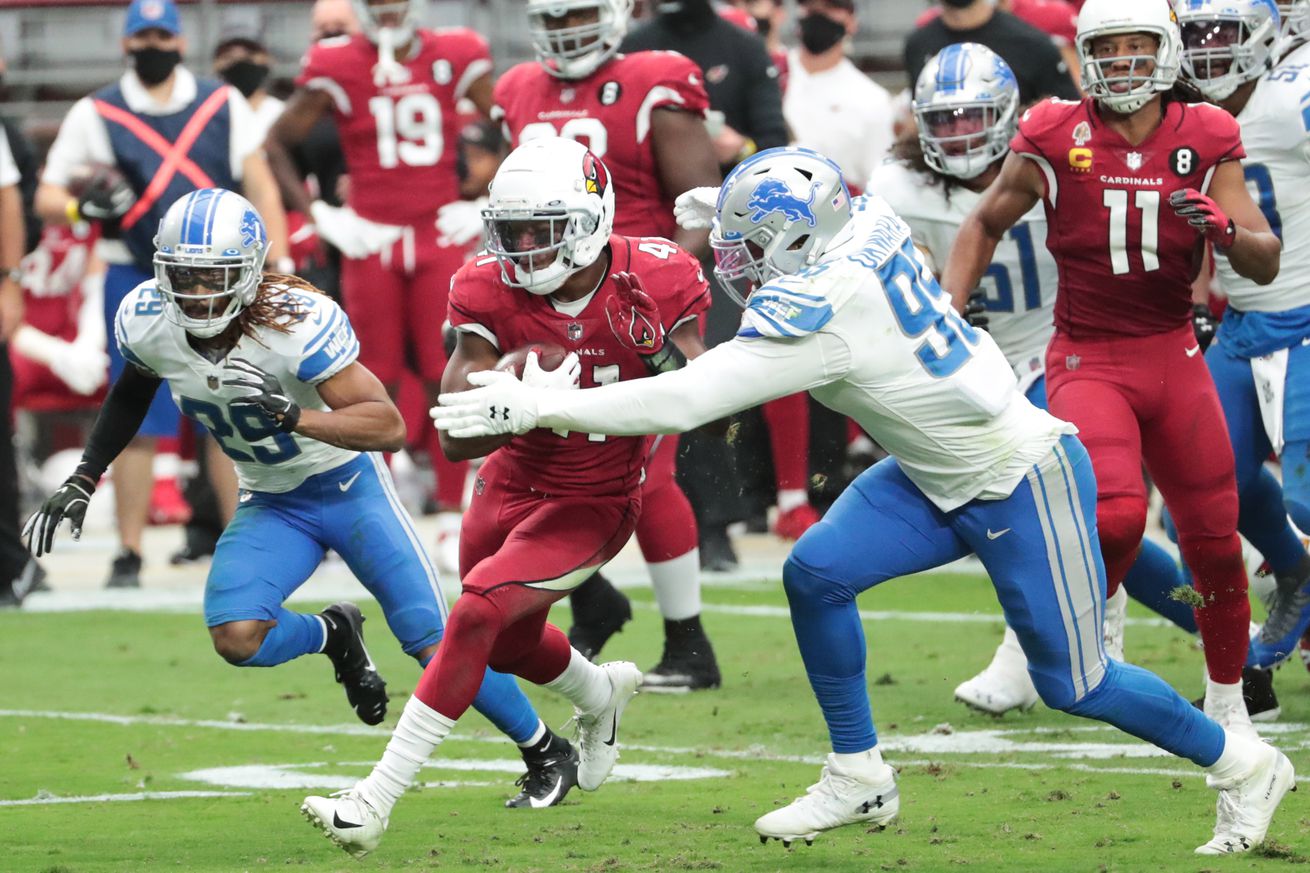 Everything wasn’t all bad for the Saints last week, as Alvin Kamara got rolling

The Saints took a big hit to their pride last Sunday with their second straight loss to the Packers, but it isn’t all doom & gloom in New Orleans. On a a shiny new contract, Alvin Kamara put up big yardage on limited carries, and he was equally effective in the passing game.

The Saints’ running offense will have a chance to shine against the Lions’ run defense. The Lions are 30th in the league against the run, giving up a whopping 172.3 yards per game. If the Saints give up on the run as they have in the past two weeks, it will be a fundamental failure of playcalling.

It can be argued last week’s loss fit into the mold. Kamara ended up with just six carries on the entire night, while Latavius Murray had another 12. Yes, Kamara also had 13 receptions, but that doesn’t have the same effect on a defense that running between the tackles does.

The biggest thing that the Lions lack is a serious playmaker on the front seven outside of Jamie Collins. Their top four tacklers are in the secondary. Expect to see the Saints attack Jahlani Tavai and Jarrad Davis often. The Lions can be attacked in the middle of their defense. That means this could end up being a big week for Murray, as Sean Payton has proven he likes to go inside with Murray so far this season.

In the middle, Danny Shelton will be the player to account for. The tackle already has an impressive 10 tackles on the season, and he has been outstanding against the run. However, that doesn’t change that the way to move the ball against the Lions is methodically.

The reality is that, regardless of the offensive line’s status — Andrus Peat hasn’t practiced the last two days with injuries — the Saints need to run the ball early and often. The past two weeks, Payton has seemed enamored with gimmicky playcalling. Part of that may be him giving the offensive line a bit of time to mesh, but against a team like the Lions you have to go mano a mano and win at the line.

While a lot has been made of Drew Brees’ issues throwing the ball and a refusal to throw the ball downfield, it’s hard to throw it downfield without an established running game. Right now it doesn’t feel like the Saints have an identity offensively, and this should be a get-right game one way or another. It’s a great week to go back to basics and try to win at the line of scrimmage.

While that may be a foreign concept to some Saints fans at this point, it’s worth trying again. After all, the gameplans the last two weeks have not been effective. And a 1-3 start to this season would be difficult to come back from. For all of their flaws, the Saints aren’t beyond redemption. But a loss in this game might mean it’s time to start hitting the doomsday button.