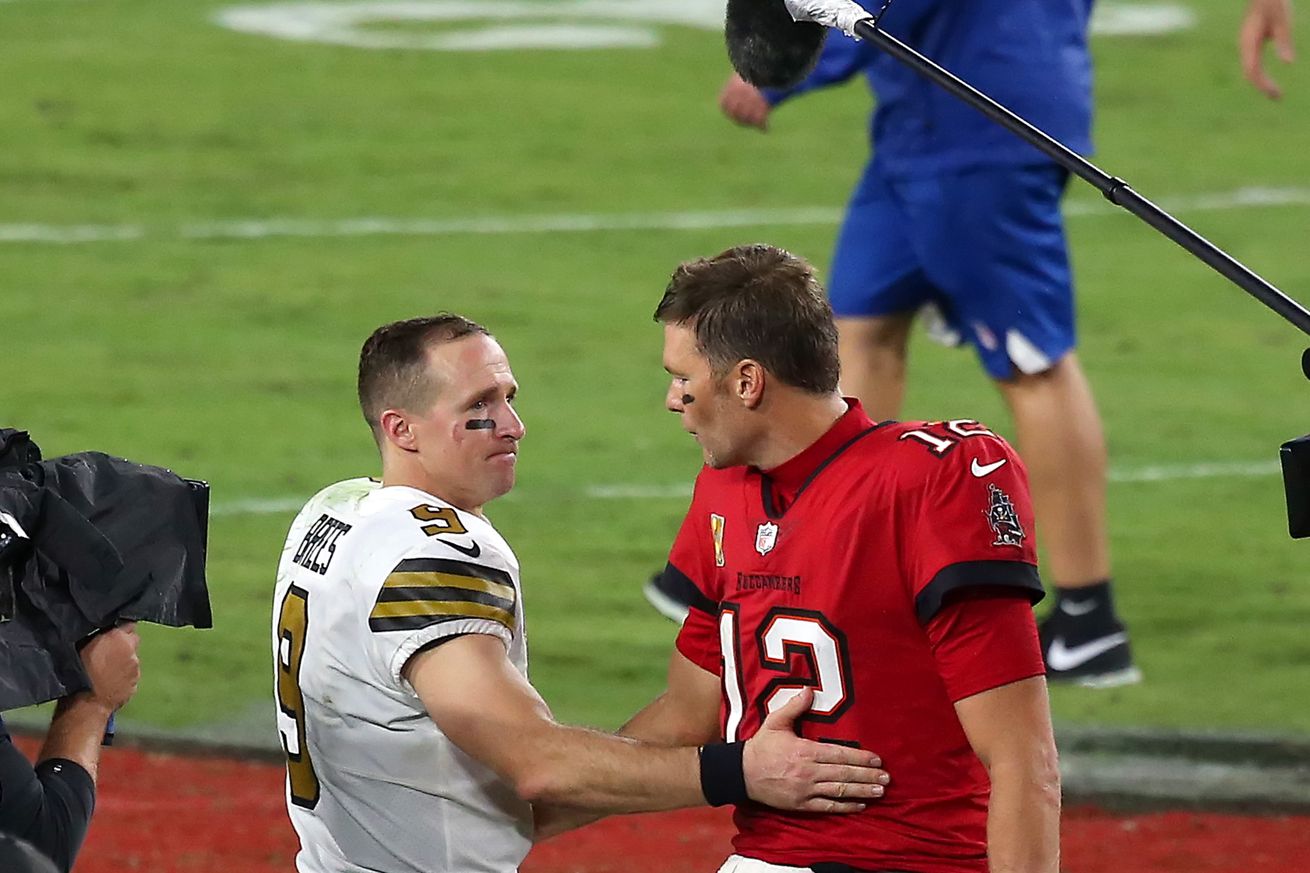 Bruce Arians needs to cut out the punch lines and backlash at players, then look himself in the mirror.

If you watched the first four drives of the Sunday Night Football game, there was only one word that could come to mind afterwards: Yawn. The New Orleans Saints had a few three and outs forced on defense right off the bat, then the Saints followed pursuit on offense with a scoring drive every series until a buzzer hit at half-time. It was just a massacre. The Saints went up 31-0 at halftime, yet they still didn’t put up a drive at the end of the half, they fumbled the ball once, and Jared Cook dropped another pass in the first two quarters.

In one of the most anticipated games of the year for the whole NFL fanbase, the Buccaneers came out flat. It didn’t help that they targeted their new wideout Antonio Brown more than a couple times in just the first couple of series. One play for “AB” involved a route out of the backfield. Another pass in his direction resulted in an interception. Maybe a questionable game script that was too risky for Tampa Bay. All in all, it was not a good day for Tom Brady and everybody that picked Tampa to win this game.

As for the rest of the NFC South-the Panthers are fighting hard on the decline. They’ve lost four straight, while Atlanta has won three straight games. I hate to say it, but the Falcons might be the second hottest team in the division right now. I know what their record says at 3-6, but they get to play Tampa Bay twice still (Week 17 is one of them), and they just beat Carolina on TNF.

All in all, this is such a fascinating division. There’s no disputing that, regardless of the “Tompa” bandwagon you lie on. As 10 weeks have passed, a lot has changed recently. With saying that, there’s a lot of speculation ahead! Let’s dive in, and see where these teams stand!

If there was a Saints player that had a bad game in Week 9, I’m not sure if anybody witnessed it. The Saints looked like a Top-10 team that just had Michael Thomas and Emmanuel Sanders inserted into the offense and everybody was in sync. On defense, this is what we’ve been waiting for. There was no busts in the secondary, Demario Davis didn’t miss open field tackles, and the pass rush looked like they got to tee off against Tom Brady the whole game.

Looking forward, the Saints get upgrades. Seriously, they do. The Saints acquired Kwon Alexander and he should pose on the league’s top LB combinations with Demario Davis. The main weakness that’s been hurting the Saints defense is red zone and lack of turnovers from the linebacker spot. Alexander is a well-known ball hawk and he’s a high motor cat.

The Saints might be the best team in the NFL if Patrick Mahomes didn’t clean up in every 4th quarter in every game dating back to his first start. Well, some might say they are the No. 1 team right now. At least we know It’s certainly not Tampa. Right?

The Panthers are one of the better 3-6 teams in the past five seasons. They have a new head coach, new quarterback, their best player has been injured, and they’ve lost “a lot” of close games to very good ball clubs. Some of those teams were to the Las Vegas Raiders (34-30), New Orleans Saints (27-24), and recently the Kansas City Chiefs (33-31) in Week 9. Don’t count this team out. Especially Teddy Bridgewater.

Looking ahead for Teddy Bridgewater and company, they have to be full of motivation. Even though, McCaffrey will likely miss this week with a shoulder injury, they will have him back for a pile of games after Week 10—They’re facing the No. 1 run defense in the NFL on Sunday, anyways. That opponent in Week 10 would be Tom Brady, the Panthers get a battle royale with the crumbling Buccaneers squad. It will help the Panthers that they get a blueprint.

It was a sad day for Buccaneer fans. I find it mind boggling that they decided to break out that game script on Sunday night. We know Mike Evans is one of the best WRs in the game and he bleeds for Tampa Bay. He was ecstatic as an individual when Tom Brady signed and he’s even let his emotions get the best of him in unnecessary ways on the field. What did the Buccaneers do? The Buccaneers targeted their new weapon-Antonio Brown against one of the lone bright spots on the Saints secondary in Janoris Jenkins. Over and over.

This team also abandoned the run. They should’ve taken note that Chicago put up one of the best rushing games against New Orleans and Sheldon Rankins was injured, on top of that. The Buccaneers head coach that called Trey Hendrickson the worst guy on the Saints pass rush, doesn’t seem too familiar with the opponent’s situations on the defensive line. The Buccaneers ran for an NFL history low rushing attempts (5 total, one was a kneel down) and Trey Hendrickson had two sacks, until they decided to chip him with a tight end when he was gunning for his third sack!

Let me ask you this— Is it a coincidence that every QB has a season-high in turnovers with Bruce Arians and he’s the coach behind this madness on Sunday night? He’s risky, he knows vertical passing concepts, but this team got away from their routines, and tried to dabble with AB against an elite opponent. No excuses for BA (Bruce Arians) and the team that lost to New Orleans twice, Chicago, and nearly lost to one of the worst teams in the league-New York Giants.

The Falcons look crisp. This team is an epitome of an October ball club. The Falcons have cleaned up their penalties at the mid-point of the year, as have the Saints. This team is one of the most well-octane passing clubs in the whole league, and their defense flies around. This all helps that Julio has been on a tear, to say the least. 638 receiving yards for Julio in 7 games of action thus far.

I was going to say that the Falcons are putting an impressive rally in 2020 and there’s hope, but after taking a closer look at the schedule: It would be more than astounding if they pulled a winning record. The Falcons get a bye week in Week 10, then they combat the Saints, Raiders, Saints again, Chargers, Buccaneers, Chiefs, and Buccaneers again.