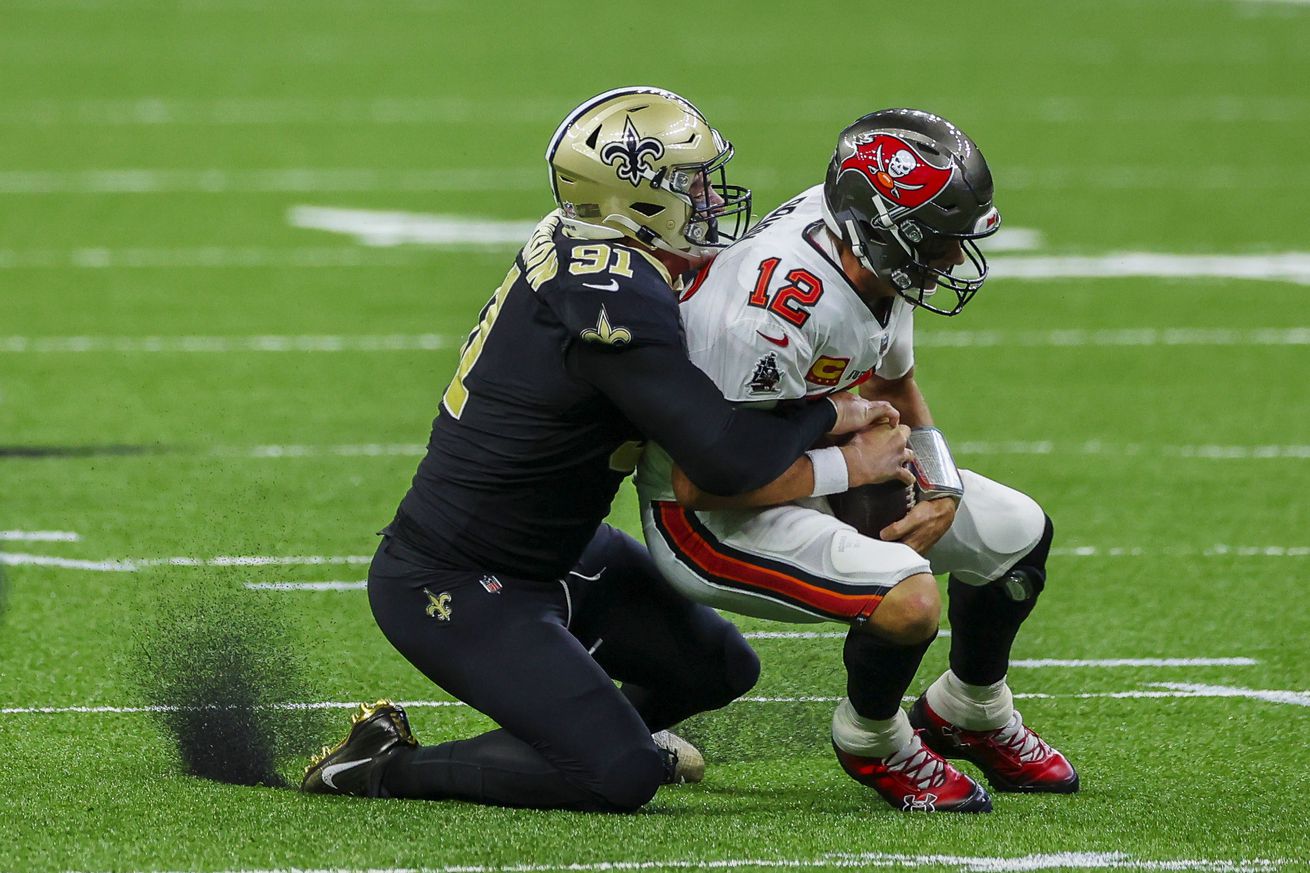 The first game of the year always presents some surprises as far as snap counts, as the New Orleans Saints coaching staff will trot out players that us writers and analysts didn’t expect to be on the field quite as much, based on training camp and otherwise.

This year’s season opener resulted in a higher amount of defensive back usage than expected, as Nick Underhill pointed out a high usage of Dime personnel packages (six defensive backs) defensively.

Another surprise came in which wide receivers took up most of the snaps offensively.

Here are the total snap counts:

Notice backup safety D.J. Swearinger played almost half of the defensive snaps yesterday, after being listed as a backup the entire offseason. This was a result of Defensive Coordinator Dennis Allen deploying a lot of Dime personnel to counter the Tampa Bay Buccaneers passing attack, as well as safety/slot corner P.J. Williams being out due to injury.

Defensive tackles Sheldon Rankins and David Onyemata took up most of the snaps on the interior, while Malcom Brown, Margus Hunt and the talented Malcolm Roach all played around 30 percent of the snaps.

Offensively, the biggest surprise was the difference in snap counts between Emmanuel Sanders and Tre’Quan Smith, as Smith played nearly two thirds of the snaps offensively, while Sanders was only in on 49 percent.

The Alvin Kamara/Latavius Murray snap count split was tilted a bit more towards Kamara than it usually was last year, with him taking two thirds of the snaps at running back.

However, Murray still saw three more carries than Kamara, with 15. So, while he was on the field less, Murray did see a ton of action when he was out there.

At tight end, Jared Cook took the lion’s share of the snaps at 65 percent, while Josh Hill was at a bit over half and Adam Trautman was at 10 percent in his rookie debut.

Taysom Hill played 25 percent of the offensive snaps, but his presence was felt when he was in the game. He also played 36 percent of the special teams snaps.