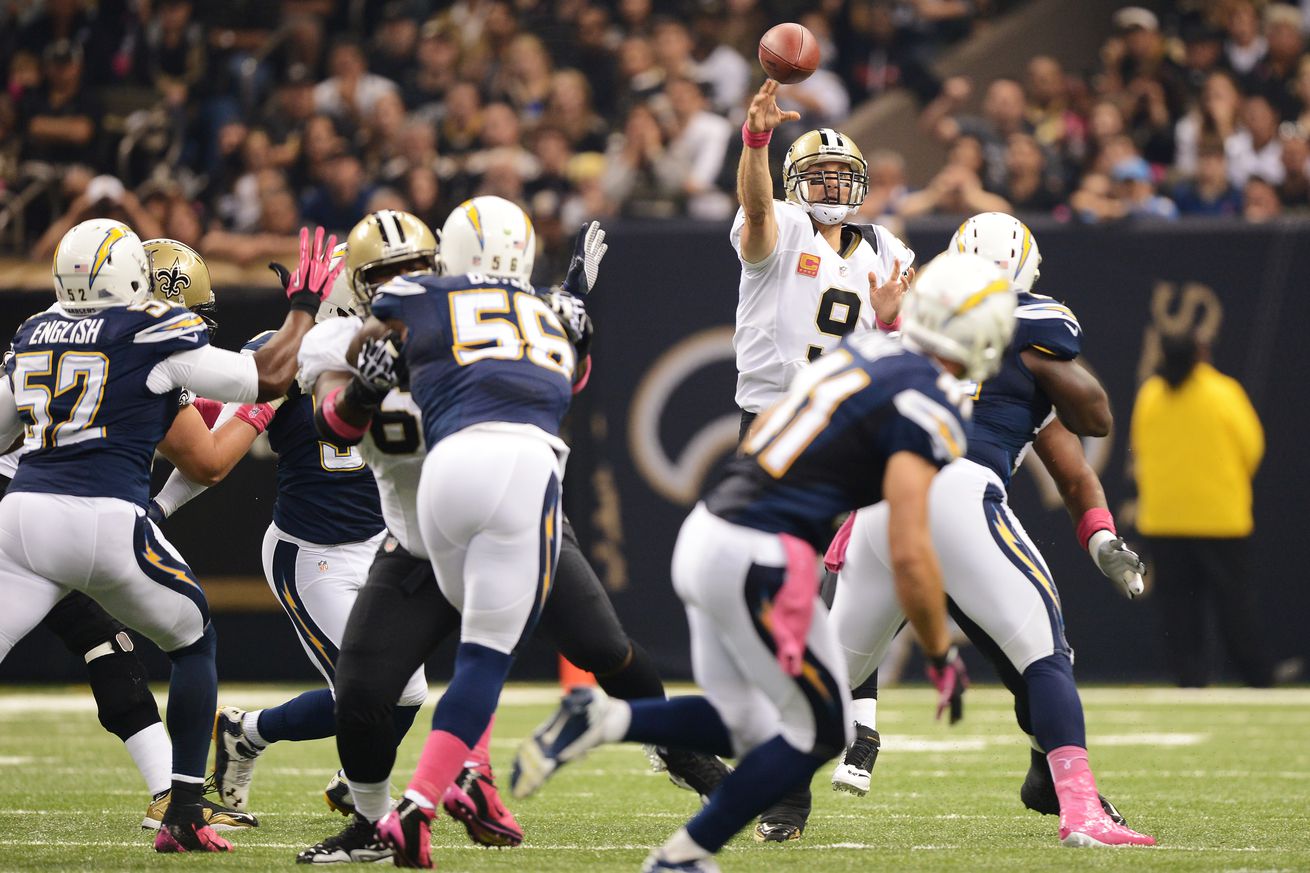 It will be a good one.

In what could very well be the last Monday Night Football game in the historic career of Drew Brees, it comes against no other team than the franchise that originally drafted him, the Los Angeles Chargers.

With a potential win over the Chargers, the New Orleans Saints would move into a record-tie with the Tampa Bay Buccaneers, after the Bucs dropped to 2-2 following an upset loss to the Chicago Bears. The Saints’ Week 1 win over Tampa would control as a tie-breaker, pending the result of the Atlanta Falcons and Carolina Panthers game Sunday.

It’s disappointing there won’t be fans in attendance for this one, but let’s make sure we enjoy it while we can.