The very first qualities New Orleans Saints coach Sean Payton used to describe Alvin Kamara, literally the first words out of his mouth back on April 29, 2017, were, “Extremely smart and versatile.” Kamara’s comprehension of the sport was the attribute that left a lasting impression on Payton, and it’s still a resource he’s counting on four years and 62 games together later, with 54 touchdowns scored by Kamara as a runner, receiver, and returner in that span.

Payton jogged over to join Kamara as they walked into the tunnel at the Atlanta Falcons’ Mercedes-Benz Stadium last week, having gone into halftime up 14-9. The pair chatted about how the first half had played out before Payton picked Kamara’s brain for ideas about possible adjustments to make in the second half.

Kamara pointed to a Taysom Hill keeper they’d run earlier in the afternoon that featured motion from slot receiver Tommylee Lewis, saying that he’d seen how the Falcons defense keyed in on the pre-snap activity to create a vulnerable running lane. He wanted to run it again, but with a twist: this time, Kamara would take the handoff from Hill and catch the Atlanta linebackers flat-footed.

So Payton gave him that opportunity after halftime, with the Saints receiving the opening kick. After driving downfield to the Atlanta 11-yard line, Payton made the call with Kamara in scoring position. And the three-time Pro Bowler came through, barreling into the end zone to extend New Orleans’ lead.

The Saints would win 21-16, and the entire exchange was caught on film by WWL-TV sports photographer Adam Ney. Payton recounted the in-game collaboration during his weekly spot on WWL Radio, which Ney overlaid with raw video of the moment.

It’s not your typical theatric highlight reel, but it’s must-see footage for football junkies. And it goes a long way to explain the success Payton and Kamara have found together. As observed by new Southern Mississippi Golden Eagles coach Will Hall: “Great stuff. The best coaches always listen to their players!!! Especially the great player. A great player usually has a unique and accurate viewpoint of what is happening.”

See it for yourself, where we’ve embedded Ney’s video below, or by following this link:

Payton explains the origin of Kamara’s TD run against the Falcons. I remember shooting him and Payton talking going to half. Here’s the visual with Payton’s explanation: pic.twitter.com/efdrUpyYoZ 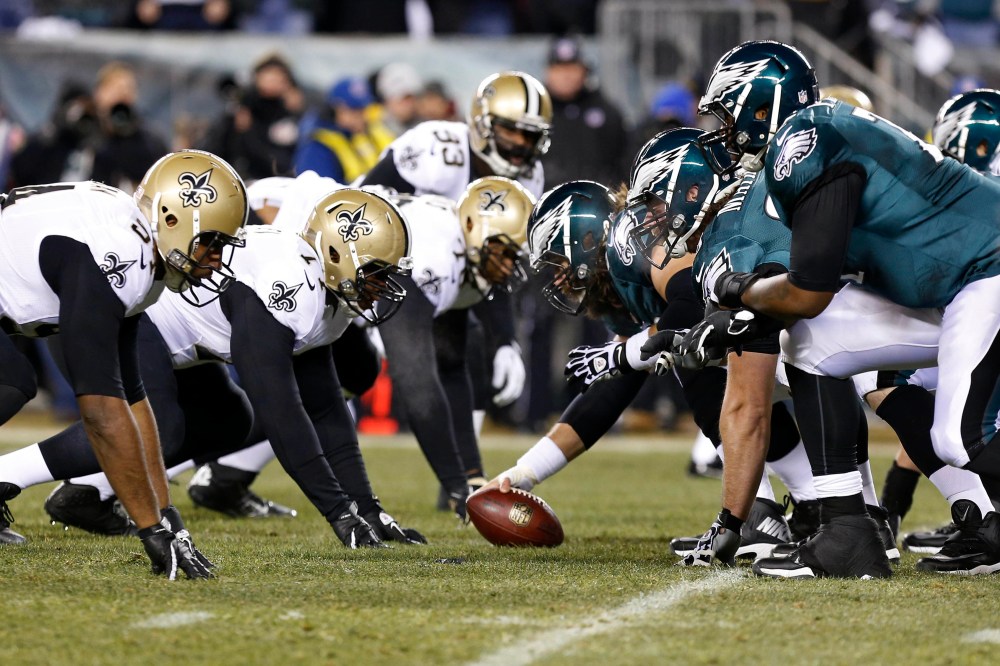