There’s a big opportunity ahead of Carl Granderson, who joined the Saints as an undrafted rookie in 2019. He broke out in 2020, his second season, bagging 5 sacks and 19 total quarterback pressures on just 194 pass rush snaps (per Pro Football Focus). With Trey Hendrickson leaving the Saints’ rotation in 2021, there will be chances for backups like Hendrickson and the recently-added Tanoh Kpassagnon to take the next step.

Granderson took a long road to get here. He spent 43 days in a Wyoming jail on misdemeanor charges until his case was handed to a different judge, who changed his sentencing to a year of probation. He’s since kept his hands to himself and stayed out of trouble, and now he’s working to be the best pro he can be.

He’s been working out with coach Aaron Day, a personal trainer based in California who specializes in developing pass rushers. Day shared some highlights of Granderson’s progress so far, along with a stated goal: ten or more sacks in 2021. That might seem lofty for a player with just 6 career sacks, but Hendrickson went into the 2020 season with only 6.5 takedowns to his name. The factors are there for Granderson to experience similar success.

Like Hendrickson, Granderson is very explosive out of his stance, often beating opponents to their spot before they’re able to lurch into motion. He’s also very flexible in his lower body, which allows him to get under blockers’ arms and bend the edge on the way to the quarterback. He hasn’t had as many opportunities to show it from the bottom of their depth chart (with just 283 career pass rush opportunities, per PFF), but Granderson is a fitting comparison in the right circumstances to the athletically-superior Hendrickson.

Whether Granderson can put all of his tools together to help make up for what the Saints have lost with Hendrickson joining the Bengals remains to be seen, but he’ll have every opportunity. Hendrickson had 101 more pass rush snaps in 2020 than Granderson has had in his career. Those snaps have to go somewhere, so it’s good to see that he’ll be prepared. He’s going to be a restricted free agent in 2022 that the Saints can retain at low cost, so he has plenty of time to build momentum towards a potentially lucrative contract in 2023 — at the same time as the salary cap skyrocketing once new NFL broadcasting rights deals are activated.

#Saints DE Carl Granderson out in Sacramento with me getting that work. He wants double-digit sacks in 2021. Hungry for greatness! #whodat #passrush @baldynfl @kat_terrell @johnjhendrix pic.twitter.com/9Nl2efTWgN 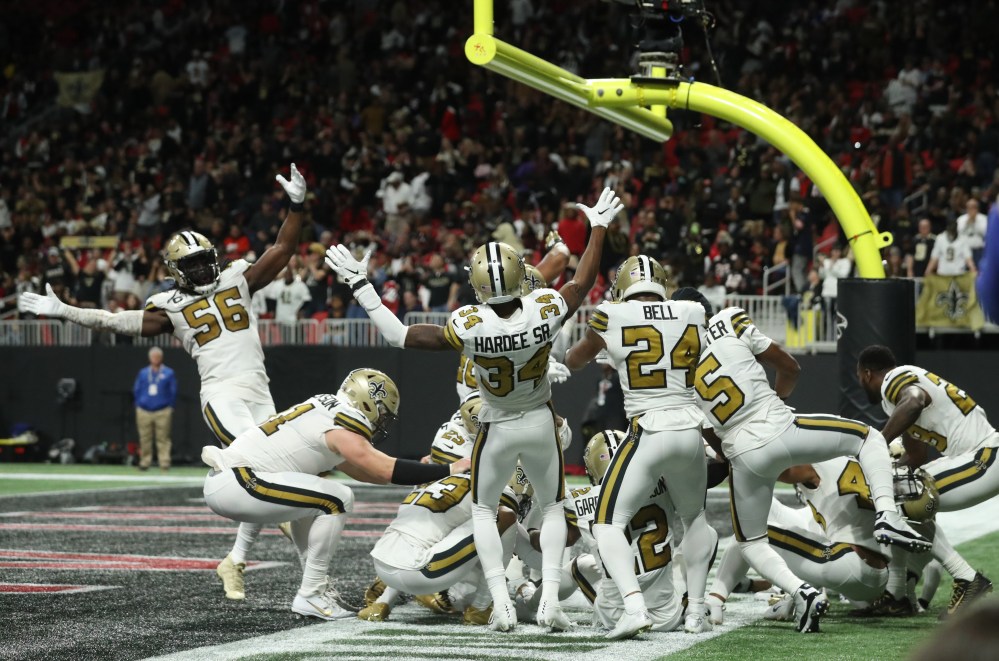