VOTE for the @FedEx Ground Player of the Week!

Latavius Murray led the New Orleans Saints in rushing yards during their Week 12 road win over the Denver Broncos, and it was enough to put him in the running for this week’s FedEx Air & Ground awards.

Murray is an option for fans to vote for to win recognition as the FedEx Ground Player of the Week, having picked up 124 rushing yards and a pair of touchdown runs against Denver. The other candidates are Washington Football Team rookie Antonio Gibson and Tennessee Titans rushing leader Derrick Henry.

Gibson gained 115 rushing yards and hit the end zone three times, while Henry set the week’s standard with 178 yards on the ground and his own trio of touchdown runs. It will be tough for Murray to compete against that big performance, but he’ll always have a shot with Saints fans at his back. 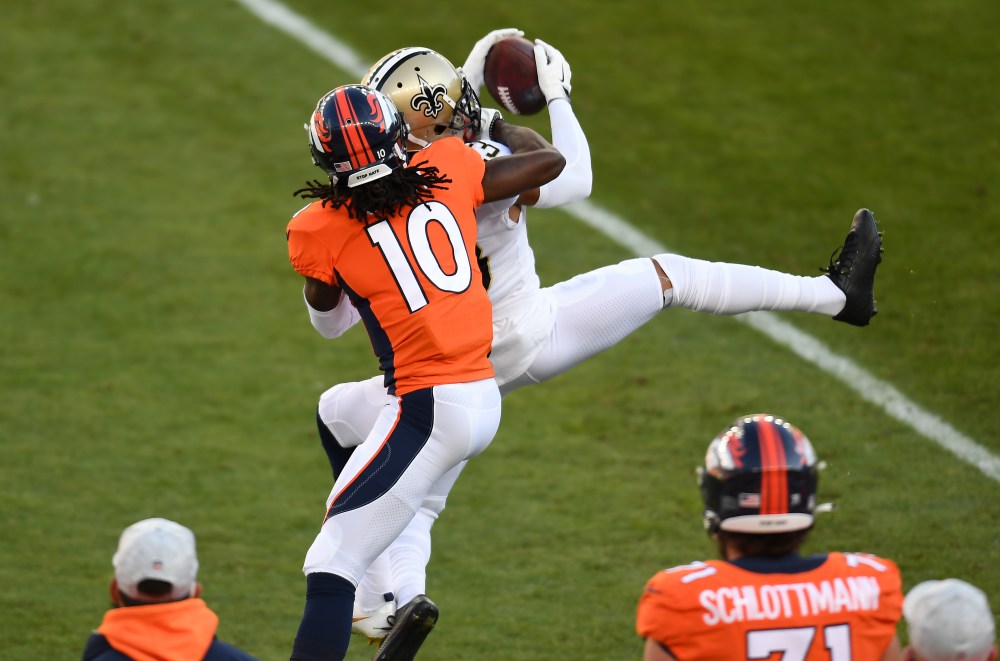