It took some time for the chatter to manifest into a deal, but the Saints finally found a trade partner in the third round. They cut a deal with the Broncos to sell their pair of third-round compensatory picks (at Nos. 98 and 105) in exchange for a better slot at No. 76, which they spent on Stanford cornerback Paulson Adebo. That followed earlier selections of Houston defensive end Payton Turner in round one and Ohio State linebacker Pete Werner in round two.

So which picks are left? Barring another last-minute trade in the third round like we saw last year (that brought tight end Adam Trautman to New Orleans), the Saints are finished making their picks on Day 2. Here is what the Saints have to work with on Day 3:

And for anyone keeping score, the Saints still own all of their picks in the 2022 draft, except for a sixth rounder forfeited due to COVID-19 protocol violations, plus a compensatory third rounder acquired when personnel executive Terry Fontenot took the Falcons general manager job. New Orleans is projected to receive additional mid-round comp picks in 2022 for free agent losses Trey Hendrickson and Sheldon Rankins, but we won’t know where those slot in until next year. 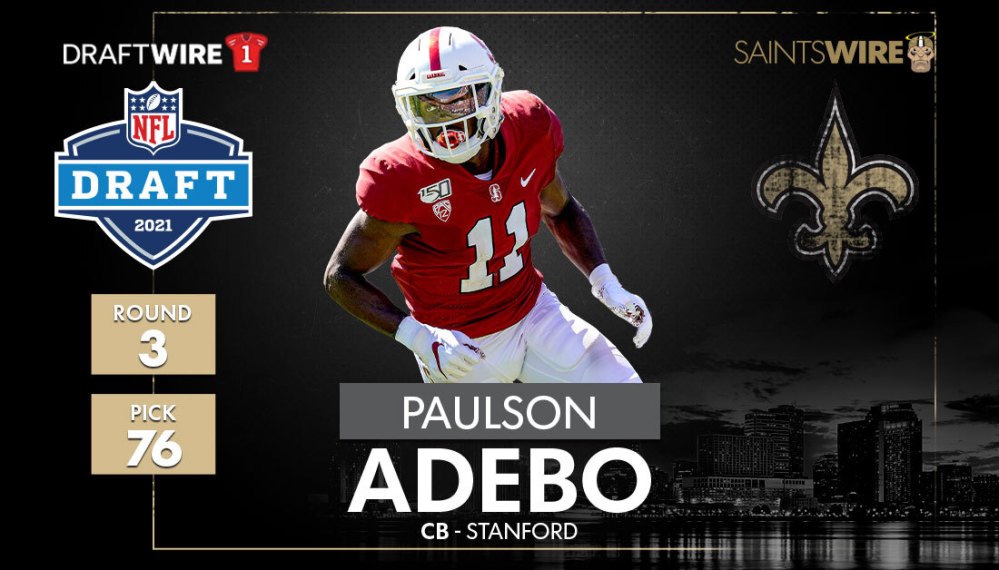