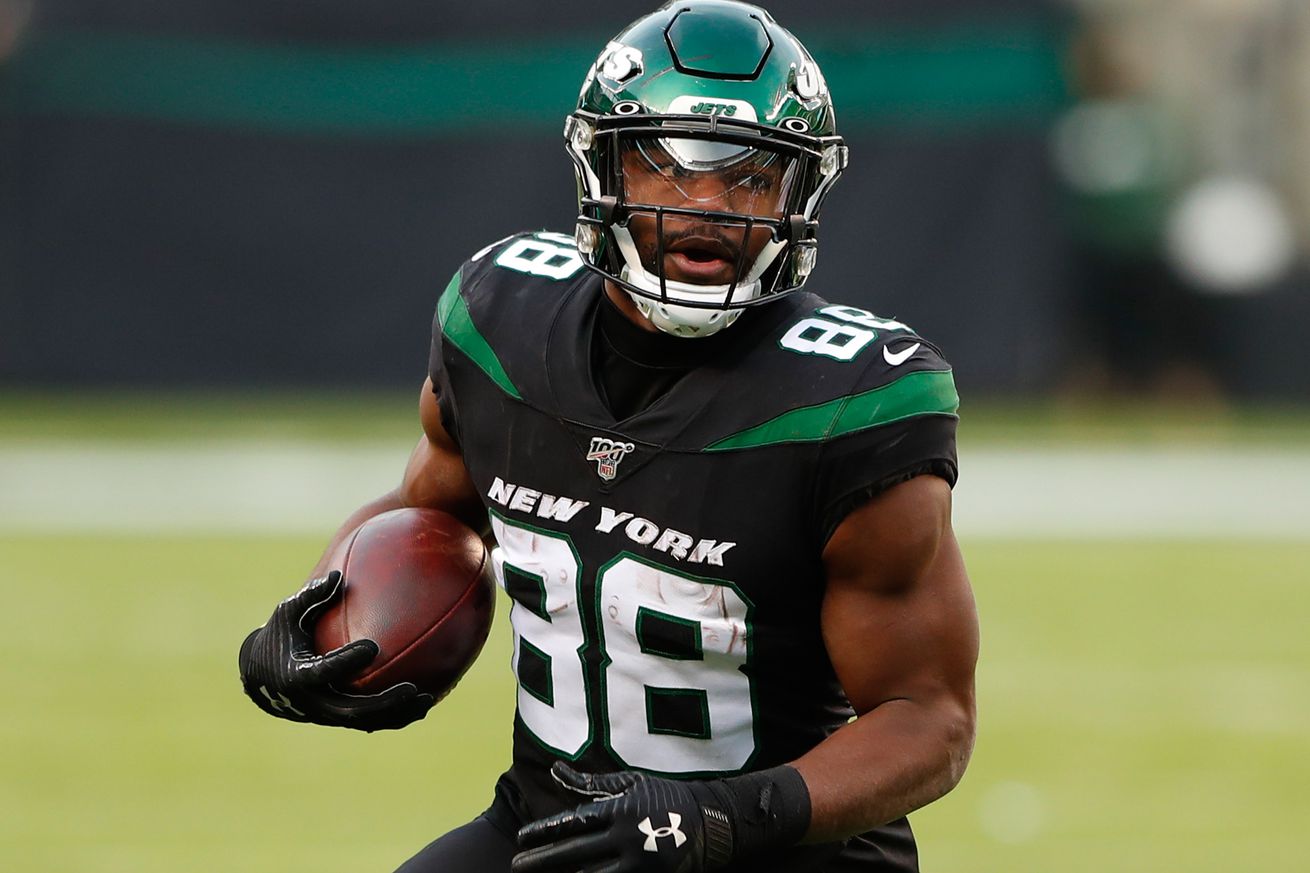 The all-purpose back could have a career performance in Sean Payton’s offense.

The New Orleans Saints haven’t had a supreme three running back rotation since 2014, where they had Pierre Thomas, Khiry Robinson, and Mark Ingram. Of course, the Saints tried to make things work out with Alvin Kamara, Adrian Peterson, and Mark Ingram. The result from that scenario was Adrian Peterson yelling at Sean Payton’s back shoulder, proceeded with the future Hall of Fame running back getting cut in a crowded backfield.

In 2020, the Saints have found themselves with Alvin Kamara, the consistent Latavius Murray, and multi-dimensional Ty Montgomery. All three running backs hold different abilities and less egocentric behavior.

Montgomery has unique versatility through his strong running ability, along with potent receiving skills. Some might be quick to point out that he’s the “closest replica of Pierre Thomas” in the Saints existence. Thomas, who was the featured all-purpose back during organization’s Super Bowl days.

If Montgomery performs similar production to Pierre Thomas, this signing would be a huge win. When comparing the two all-purpose backs, Montgomery stacks up quite well:

Montgomery’s gifted ability has already shown up on the field. Saints wide receiver coach, Curtis Johnson, said “extremely good player”, when asked about the RB/WR. That says a lot about a role player who’s entering his first year in a new team’s system. Just by watching Montgomery run routes, it’s clear that he’s on another level with his quickness.

Montgomery has the talent to be productive through his noted ability, but his resume unravels the situation of a player who’s been underused. He posted 805 rushing and receiving yards combined in 2016, then he’s failed to top 450 rushing/receiving combined yardage in every year since then. That drop off a cliff in production doesn’t spell right for Montgomery’s talent level.

Well, In 2019, he did in fact play under the scrutinized Adam Gase’s system, in an offense where the prized running-back, Le’Veon Bell started. No team has ever given up the house and risked breaking the bank for a running back, only to have him not get the bulk of carries. Behind Bell, was Bilal Powell, who’s arguably a better pure runner than Montgomery.

It would’ve been hard for the No. three running-back in Gase’s system to shine through his receiving play in that dysfunctional offense. It would’ve taken a strong passing attack and more design to get the all-purpose back, Montgomery involved.

Thankfully, the perfect fit for Montgomery has fallen in his lap. He’s walking to an offense that will maximize his touches, exploit his match-ups, and get him open for a future Hall of Fame quarterback.

This is an offensive system that has made undrafted players like Marques Colston elite and Day two draft picks like Drew Brees, Michael Thomas, future Hall of Famers. As mentioned the undrafted running back, Pierre Thomas was a pivotal back for the Saints Super Bowl run and success. He was undrafted but ended up clocking in multiple 1,000 all-purpose yard seasons.

Even Darren Sproles wasn’t an elite threat in the NFL until he joined the Saints offensive juggernaut. In 2010, Darren Sproles had 787 total yards (rushing, receiving) and two touchdowns. When he joined the Saints elite offense in 2011, Sproles clocked in 1,313 total yards (rushing, receiving) and nine touchdowns. It’s safe to say that Sproles had a new spring in his step.

Don’t shy away from the fact that Montgomery hasn’t been a 1,000 total yard back in the 27-year-old’s short tenure. Sproles’s best all-purpose yardage (rushing, receiving) in a single season before joining the Saints was 840, nearly the same as Montgomery, who’s best topped out at 805 total yards. This running back is due to exceed his career yard tallies in an elite offense that’s been more focused on short passing in recent years.

I’m not saying Montgomery will be Darren Sproles, or he will take Alvin Kamara’s job, which is implausible. I am saying that Montgomery will be a valuable contributor. There has never been a talented, “young” player to enter the Saints offense and not improve.

In 2020, Montgomery could get 50+ rushing attempts, lots of slot receiving work, and all of the passing routes out of the backfield when Kamara needs a break. In the red zone, it will be very for defenses to cover Montgomery and Kamara out of the backfield. Not to mention Jared Cook, Emmanuel Sanders, and Adam Trautman hovering around the middle of the field.

In an off-season where Michael Thomas gained elite recognition, Emmanuel Sanders was brought in, Alvin Kamara’s contract negotiations began, Adam Trautman was drafted, Ty Montgomery is just another championship piece to the puzzle.

With this surplus of weaponry, there is bound to be multiple, great match-ups in the Saints favor. The most successful HC-QB combo in the league right now, just have to figure out which match-up they want to attack first.