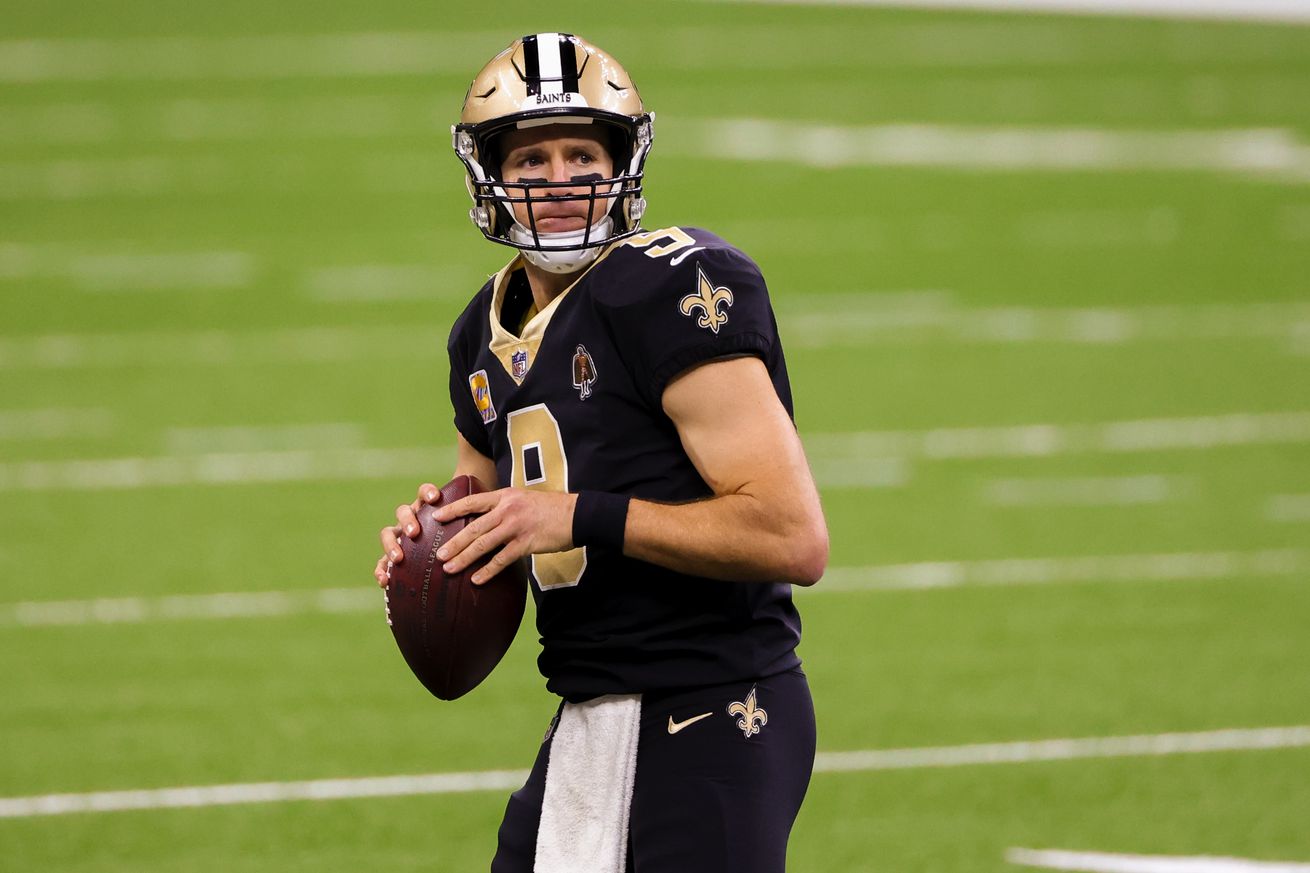 The New Orleans Saints could use some help in certain areas. But, expectations will have to be tempered. Here is who the Saints could trade for.

The NFL trade deadline of November 3 is rapidly approaching. During the New Orleans Saints bye week we thought it pertinent to explore a few trade options the team could pursue. If we have learned anything over the course of the first five weeks it’s that the Saints could use a little extra help.

Of course there are plenty of sellers in the trade landscape, however, New Orleans has historically remained relatively quiet on the trade front in the middle of the season. It shouldn’t be much different this season, but it appears clear that this could be the last go around for quarterback Drew Brees. Additionally, this team is built for the right now, a Super Bowl this season, the team has gone all in. Therefore, it wouldn’t be surprising to see the team make at least one acquisition to help bolster the squad.

In the same vein, New Orleans will likely not target any big names that could cost a lot of draft capital. The team will need to continue to draft well in the coming seasons to mitigate the loss of star players and a lower salary cap in 2021. This upcoming draft will see the Saints have one pick in each of the seven rounds, with the possibility of additional compensatory picks in the third-round and sixth-round thanks to the departure of Teddy Bridegwater and A.J. Klein, according to Over the Cap.

New Orleans has routinely operated with fewer draft picks than most teams but, have made their picks thanks to scouting director Jeff Ireland’s team. If there were a season to spend some picks midseason for a solid acquisition, this would be it.

So, where could the Saints use an upgrade? Well, the obvious answer early in the season is the secondary. The degradation of cornerback Marshon Lattimore’s play has been alarming. Janoris Jenkins has also missed time, which means that Ken Crawley and Patrick Robinson have been called on to help compensate. This has all led to some of the worst secondary play in recent memory.

Additionally, the offensive line, a usually solid unit, has had its fair share of uncharacteristic play and injury scares. Disaster nearly struck when Ryan Ramczyk left the game in Week 4 against the Detroit Lions. Andrus Peat can now be considered a liability, if he plays, and Nick Easton is the latest to suffer a concussion. An acquisition for the unit is not out of the realm of possibility, especially for depth purposes.

Finally, the receiving corps could be a position the Saints look at adding to. Yes, they have a bonafide WR2 in Emmanuel Sanders and no, they aren’t trading Michael Thomas. But, beyond that, Tre’Quan Smith had a good game against the Lions and hasn’t been seen from in any other matchup. New Orleans could be in the market for a reliable WR3 type who could be relied on down the stretch.

With all that being said, here are some free agents the Saints could target:

The Jets are an absolute dumpster fire this season and nearly every player will likely be available to be moved. Desir, 30, would likely fetch a mid to late round pick, something the Saints could have an abundance of.

Desir currently has a PFF grade of 51.3, higher than Lattimore’s and could help provide some depth for the squad. Desir is also tired for first in the NFL for interceptions this season with three. He is also a decent tackler, something New Orleans fans routinely have nightmares about when watching the current secondary play. Desir could bring a veteran presence to a New Orleans secondary desperately needing a breath of fresh air.

The Raiders are on a roll after defeating the Kansas City Chiefs in Week 5, so why would they want to move on of their starting interior lineman? They recently drafted John Simpson who could potentially take over starting duties. The additional draft capital Las Vegas receives for Jackson could be parlayed into upgrading other positions in preparation for a deep playoff run.

Jackson would be an immediate upgrade over both Easton and Peat and could potentially give rookie Cesar Ruiz additional time to develop. Additionally, Jackson is signed through 2022, which means his cost of acquisition will be higher, especially at such a coveted position. A second-round pick with an additional late-round pick would likely be necessary to pry the interior lineman away from the Raiders. However, Jackson would be an immediate upgrade as well as a stabilizing force on the line for whichever quarterback comes after Brees. This is the longest shot of the three.

New Orleans cut bait with Stills during the 2015 offseason that saw a number of other star players also make their exit from the team. Stills went to Miami and then Houston and has been a productive member of their receiving corps. He could once again be on the trade block as the Texans have just fired head coach/general manager Bill O’Brien and the team seems to be drifting in the wind. Houston will likely try to clean house and acquire as many draft picks as possible for its next GM.

Stills seems like one of the most likely to be moved. He is arguably behind Will Fuller in the pecking order for Deshaun Watson. Stills would also only net a mid-round pick. Imagine a Saints receiving corps of Michael Thomas, Sander, Stills and Smith. If the offense couldn’t figure out how to overcome slow starts with that lineup then you would have to start to look at the problems under center. In a “do or die” season, this one makes sense. Plus, New Orleans is known to have reunions with former players.