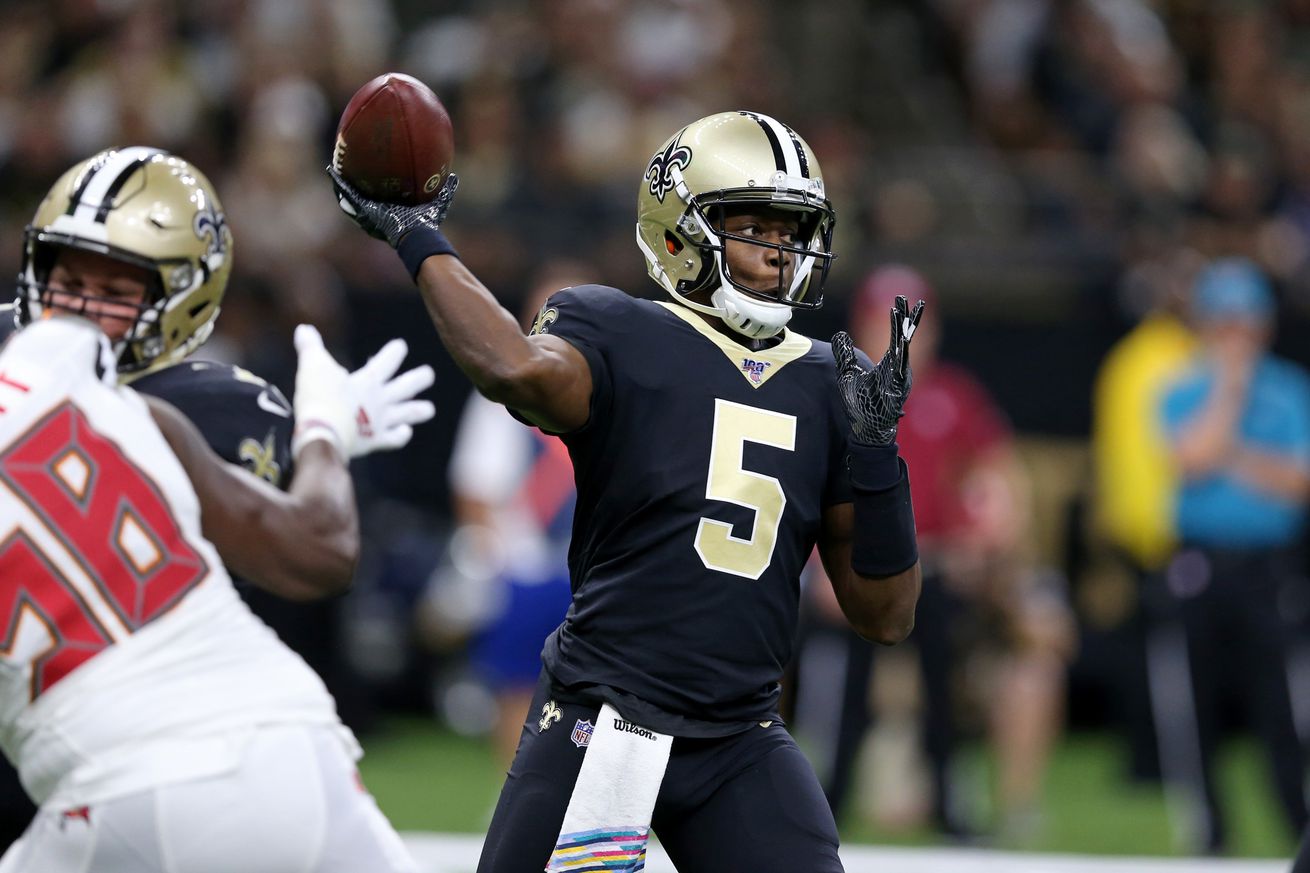 The 2020 season is [hopefully!] almost upon us, and with it the Saints have dreams of lifting up the Lombardi once again. The Saints have these dreams due to one of the deepest and most complete overall rosters in the NFL, with star power and depth lining up on both sides of the ball. While the 2019 season wasn’t one that quite ended the way the Saints wanted to, there were still plenty of positives to take away. Leading up to the start of the 2020 NFL Season, I’ll be taking a look at some of the Saints’ top individual performances of the 2019 season.

Before this starts, I want to stress that I’m not ranking these against each other. There are just performances that I wanted to highlight. I’m also going to try to limit these to one per player, otherwise near every week I’d be writing about Michael Thomas.

To start this series, I’ll be writing about a man that sadly will not be donning the black and gold in 2020. A man who, without him, the Saints might not have gone 13-3. The one, the only, Teddy Bridgewater.

Teddy B was a staple of the Saints last season, filling in expertly for Drew Brees when the Saints star quarterback was out with a thumb injury for six weeks. Teddy’s best game in 2019 however, was undisputedly against the Tampa Bay Buccaneers in Week 5.

Bridgewater finished the Week 5 contest going 26/34 for 314 yards, 4 TDs and 1 INT for a 131.2 passer rating, for a season high in completions, yards, touchdowns, and passer rating. He also connected with Michael Thomas 11 times, where Mike racked up a season high 182 yards and his only 2 touchdown game of the season.

So, let’s take a little dive into some of Teddy’s best plays from this game.

Teddy’s second completion to Thomas was his second-longest pass of the day. Off a play action to Kamara, Bridgewater sits back and finds a crossing Michael Thomas, who’s got Bucs’ sophomore corner Carlton Davis III in front of him. Teddy’s able to float this over Davis right into Thomas’s always-steady hands, who’s able to make the play and pick up 7 after the catch.

Teddy connected with Thomas again to start the 3rd quarter, as he found Thomas on a go route on the left sideline. While Mike’s not hit perfectly in stride, Teddy does well to get this over the defender’s head and right to Thomas for 42 yards.

While Teddy certainly gets some help from the Buccaneers defense on this play, he does a fine job of stepping up in the pocket as it nearly collapses around him and delivering a perfect strike to the wide open Ted Ginn Jr. The 33+ yards the ball travelled in the air also made it his deepest throw of the game.

Sensing a theme here? Thomas’s 7th catch of the day came on a 3rd and long situation. Bridgewater’s able to lead him away from the closing over the top coverage from the safety and Thomas does his part to lay out and complete the first-down catch.

Check back in next week for the next installment in the 2019 Top Performances series. Any suggestions about performances worth taking a look at, sound off in the comments below.