ESPN draft analyst Todd McShay has shared his second 2021 NFL mock draft, taking stock of the league after Super Bowl LV has concluded and a few deals have already gone off around the league. And he’s come up with a new first-round option for the New Orleans Saints.

He picked Missouri linebacker Nick Bolton for the Saints in his initial 2021 mock draft, and McShay again considered the All-SEC standout here. But in the end he followed the trend the Saints have set for themselves in recent years by adding Michigan tackle Jalen Mayfield, despite the many questions New Orleans must answer in free agency:

“All that aside, Mayfield makes sense. New Orleans has found success in taking linemen early, as it did with Cesar Ruiz last April, Erik McCoy in the second round in 2019 and Ryan Ramczyk at the tail end of Round 1 in 2017. I like Mayfield in rotation inside as a rookie and then sliding back to his natural position outside at tackle in 2022 if the Saints aren’t able to return both Ramczyk and Terron Armstead after next season. His power would help open lanes for running back Alvin Kamara.”

Mayfield has highly-valued traits as a right tackle, where he’s played exclusively at Michigan, but any other assignments are pure projections. And he’s only logged 15 starts at the college level between arriving to campus underweight, being buried on a strong depth chart, and an injury-shortened 2020 season that was already off-kilter due to the COVID-19 pandemic.

So there’s a fair bit of risk here. On the flipside, few teams are as prepared to absorb that risk at a premium position like the Saints. Ramczyk and Armstead are two All-Pro-quality bookends who can buy time for Mayfield to get up to speed. And if New Orleans can’t re-sign both of them after the 2021 season, having a clear succession plan for one spot makes sense.

However, can the Saints afford to draft a non-starter? Their defense is going to lose key pieces, whether it’s Trey Hendrickson up front or Marcus Williams on the back end (or mid-level linebackers like Alex Anzalone and Craig Robertson). The receiving corps could use a boost. And New Orleans isn’t in position to pass on a viable quarterback if one is available late in the first round.

That’s all said to illustrate just how unpredictable draft day could be the Saints. So wouldn’t it be fitting if their pick ended up being another offensive lineman? 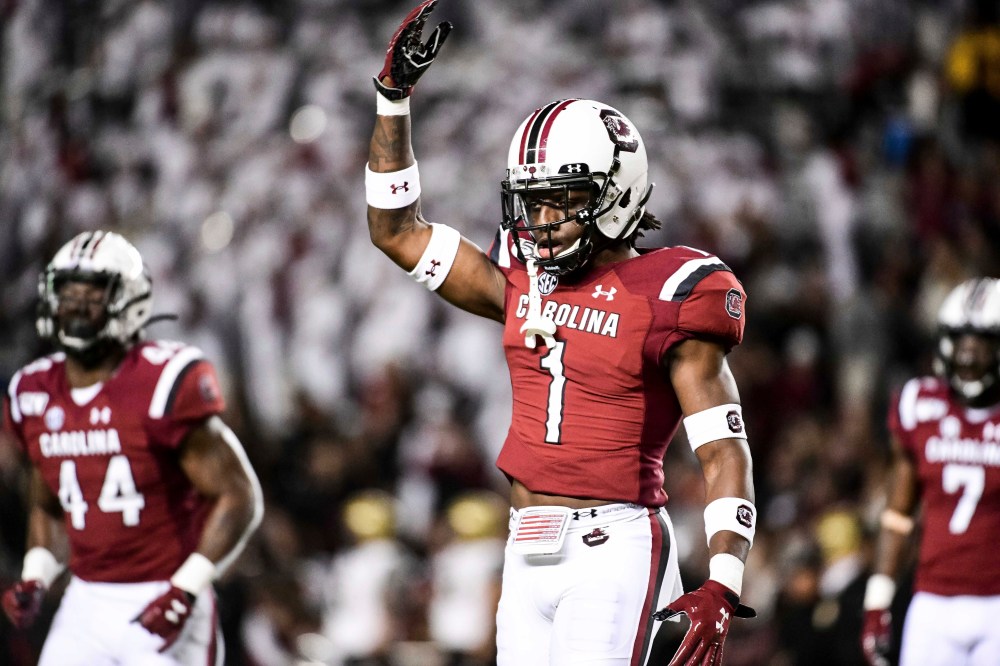