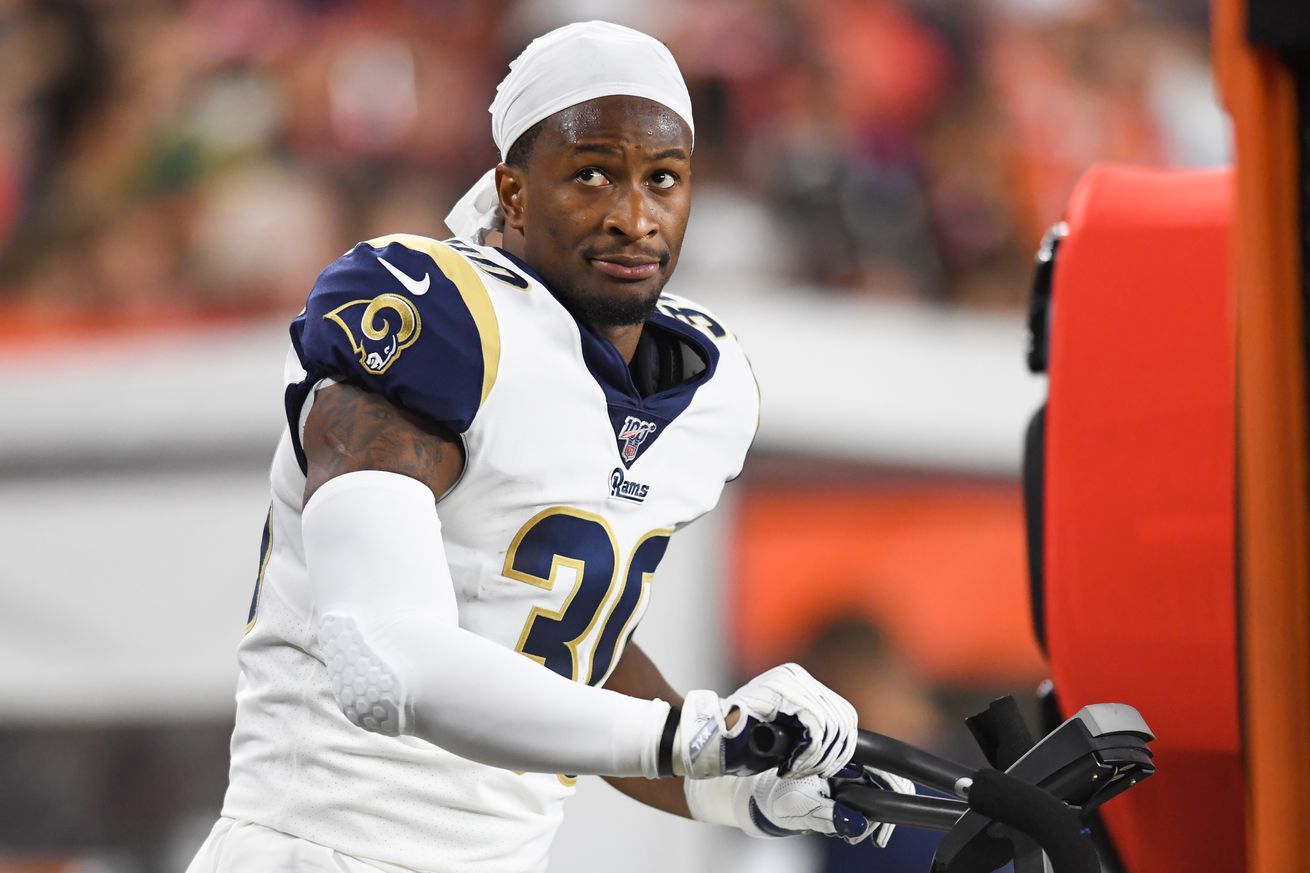 Another Saints rival adds to their roster through free agency.

The New Orleans Saints continue to see their rivals in the NFC South make big-name additions via free agency, and yesterday, those names continued to grow, as Teddy, TB, and now Todd Gurley, have joined the fray in a loaded division.

Todd Gurley’s meteoric rise and fall as the centerpiece of the Los Angeles Rams offense has come to an end. Just a day after being released by the Rams, Gurley has been signed by the Atlanta Falcons. Here’s Gurley’s tweet following his release:

Damn I got fired on my day off #QuaratineAndChill

Here’s the news from yesterday:

Todd Gurley has already landed home: The former #Rams star is signing a 1-year deal with the #Falcons, source says (as @Schultz_Report reported). Atlanta had some talks with the #Rams about trading for the former UGA RB before he was released.

Just like that, the former All-Pro running back sees the end of his time as the face of football in Los Angeles and he now returns to Georgia, where Gurley was a superstar for the University of Georgia Bulldogs.

This is just one of a number of moves that have made the NFC South a division on the rise after the three teams not from New Orleans continued to flounder in 2019. While Gurley had long been considered a top-three running back in the NFL and his impact in Atlanta can possibly be big, the biggest division news came from Tampa:

Now the deal is done and the NFC South finds itself the best-quarterbacked division in the NFL, especially considering Tuesday’s news from Carolina:

Atlanta’s Todd Gurley and Tampa’s Tom Brady have been great, in Brady’s case arguably one of the greatest, but these players are on final contracts and are on teams that need more than just their signings. Both are coming off career-worst seasons and Gurley’s arthritic knee and Brady’s age, combined with Bill Belichick’s absence will be a lot to overcome.

The NFC South continues to get better, which isn’t necessarily a bad thing for the Saints, as it has forced the team to combat complacency and continue to strengthen themselves, as it has by finally addressing the #2 receiver spot with the acquisition of Emmanuel Sanders last night. If the Saints are to become the first team in NFC South history to win four-consecutive division titles, they need to prepare to fight for it. The Saints likely won’t land another flashy name like the aforementioned players here, but they need to plug holes and build invaluable depth with smart moves in free agency and in the upcoming draft. The upcoming season, whenever it arrives, will certainly be one to remember.