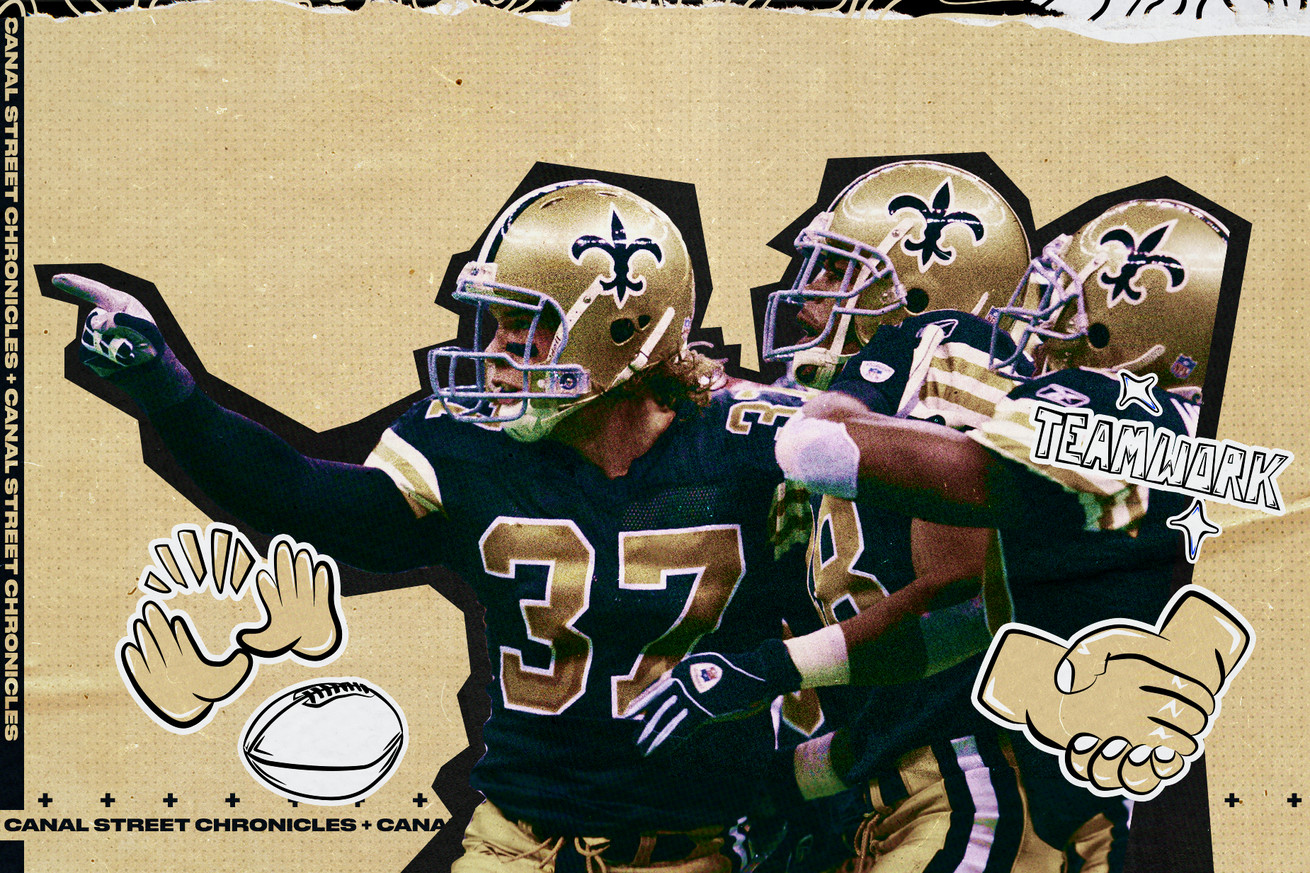 There’s the saying, “Life imitates art,” but oftentimes, the variation on that is, “Life imitates sports.” Perhaps no one but the city of New Orleans and the Saints knows best the feeling of football transcending past the paint-streaked turf and 60-minute game clock.

There are two famous Saints plays, both by special teams, and each represented a lot to the city of New Orleans in the wake of Hurricane Katrina. The first, a moment that symbolized the rebirth of a city when it seemed unfathomable. The second, a moment that ultimately culminated in the Saints’ Super Bowl XLIV win. These two moments not only brought life back to a team, but to the city of New Orleans as a whole, starting with Steve Gleason’s play in 2006 — the infamous blocked punt.

Most people remember the blocked punt in 2006 as serendipitous, when in reality, it was just as planned and gutsily executed as “Ambush.” Sean Payton is a disciple of Bill Parcells, and perhaps no perspective means more to Payton than his old mentor’s.

In his time coaching under Parcells, Sean Payton learned two critical mantras: “Hidden yardage wins games,” and the art of creating a crisis. These underlying influences were best displayed through these special teams plays; ultimately, they intertwined to create a crisis at just the right time, when the team — and the city of New Orleans — needed it most.

A moment that symbolized the rebirth of a city… ⚜️

“Bill (Parcells) understood the power of confrontation, the value of creating a crisis. Most people prefer to be ﻿pleasant. Most people would rather get along. But sometimes it really is more valuable to create the crisis, to face the confrontation.” – Sean Payton, Home Team

Parcells’ influence on Sean Payton’s coaching style is palpable; specifically, how to individually analyze each opponent to give his team its best chance to win, and how to evaluate the character of the players on the roster. Most importantly, Payton learned, “It’s no great accomplishment to lead the stronger team to victory. The real credit comes when you arrive at a disadvantage – and you still win.”

No team has been so disadvantaged by external factors than the 2006 New Orleans Saints. Sean Payton assembled an entirely new coaching staff, a team comprised of ‘rejects’ and ‘misfits’, and was tasked with the impossible: perseverance through unprecedented tragedy. Payton recognized both the unique opportunity and challenge New Orleans presented; synchronous with the rebuilding of a football team was the revival of a city that desperately needed something to cheer for.

Payton sought players with three distinct characteristics: character, toughness, and intelligence. Not just general knowledge, but a sincere, cerebral understanding of the game of football; their decision making under pressure, sense of instinct, intuition, and a whole lot of heart. No player has embodied these traits more fiercely than Steve Gleason. An undrafted free agent, Gleason was relatively unknown; on paper, he was undersized, didn’t have the speed or the credentials of other defensive backs. In Payton’s book, Home Team, he specifically illuminates Gleason’s drive, dedication and mental toughness as paramount to his evaluation – “a true special teams guy.”

In the days leading up to the Saints’ first home game since Hurricane Katrina, Payton was deeply concerned that his players weren’t prepared. Half the team had never even played a down in the Superdome. The energy and excitement that revived the city in anticipation were seen as both a blessing and distraction; Payton wanted to ensure his team was in the best position to win the football game. What weaknesses of the Atlanta Falcons could they exploit? The emphasis he’d put on character evaluation when assembling the team proved critical.

Steve Gleason had been studying the Falcons’ blocking scheme in preparation for the home opener – and he’d noticed a glaring weakness in the interior alignment. Together, he and special teams coordinator John Bonamego concocted the perfect play to exploit it. Assistant special teams coordinator Greg McMahon credits Gleason’s character in developing this play. “Gleason had a feel. He had instincts,” McMahon told NOLA.com. “He was such a great preparation player. He detailed everything he did. Particularly, I remember him working on his footwork and his crossover step and looking at a ton of film.”

Like “Ambush,” the blocked punt was envisaged in the preceding weeks – it was just a question of when to use the play. On Sept. 25, 2006, the Superdome – itself a symbol of devastation and rebirth – was electric. Despite water-filled homes, homes that were no longer, displaced families, and an uncertain future, nearly 73,000 New Orleanians filled the seats, and there was an unfathomable feeling of hope. Payton knew they would run the block punt – he just didn’t think Bonamego would call for it immediately following the opening drive.

Roots of Payton’s gutsy, real-time decision to call “Ambush” during the Super Bowl XLIV halftime can be traced back to this moment. It was the perfect opportunity for a “special” play. Almost subconsciously, Payton heard himself give the green light. The moment that followed is indescribable. A blocked punt, a catharsis for a team and a city, a glimmer of hope. An unbreakable bond between Saints fans and the Superdome. A “Rebirth.”

Little known fact:
I was afraid every single time I stepped on the field with the @Saints Every time I crossed the line, I acknowledged the fear. I reminded myself that I had prepared, I knew the environment, my opponent, and my opportunity. “Proceed with your very best effort.”

“An onside kick—not as a desperation move late in the half or the game, but at some point that the other team thought you had no reason to do it.” – Sean Payton

Super Bowl XLIV halftime: 10-6 Indianapolis Colts. While not explicitly devised from the blocked punt, the creation of “Ambush” strongly paralleled the 2006 play. The Saints found themselves again on the biggest stage – this time, at the bookend of the Katrina era. Thomas Morstead’s onside kick in Super Bowl XLIV, just as Gleason’s play, came at a time both the team and city needed it most: Down and demoralized at halftime, in their first Super Bowl berth in franchise history, one that would bring great closure to that chapter of the team and the city in the end.

Payton knew he wanted to steal a possession from Indianapolis. Parcells’ mantra was swirling in his head: What opportunity can we exploit? He knew if he wanted to win the biggest game of his lifetime, he needed to neutralize an unstoppable Peyton Manning. Perhaps hyperfocused on his mentor, Payton was initially married to the idea of a fake punt – just as Parcells ran in the 1990 NFC Championship Game. Special teams coordinator Greg McMahon was able to snap his hypnosis with a simple tweak: “What do you think about an ambush onside kick?”

While the blocked punt intended to exploit a glaring weakness specific to the Falcons, “Ambush” was a play they’d successfully run in 2007. On the ultimate stage, Payton knew he needed something to embellish the onside kick – the element of surprise. Once the special teams unit had executed the play to perfection, it no longer was a point of consideration. Just as Gleason’s blocked punt, it wasn’t a question of “if,” it was finding the right time. “The issue we had was a fundamental one,” Payton detailed in Home Team. “How could we harness the momentum we’d begun to feel in the second quarter and dramatically expand on it?”

When John Bonamego called for the blocked punt in 2006, the Saints had an electric sense of momentum; he couldn’t miss the opportunity to capitalize. Payton knew the team needed a spark, and momentum was barely on their side. During the elongated 35-minute Super Bowl halftime, the offense drew up the first eight plays they planned to run in the second half. As they went through the plays, Payton felt that similar strong, immediate urge to pull the trigger – before it was too late. He stopped mid-sentence; the Saints would start the second half with “Ambush.”

Had Steve Gleason flubbed the blocked punt, he likely would’ve either just missed, or incurred a 15-yard penalty at worst. If Thomas Morstead muffed the onside kick, the Colts would have possession to start the half at midfield. No one expected Gleason to block a punt immediately following the opening drive. Not one person in America outside the Saints locker room had any idea what was about to transpire in Super Bowl XLIV. The officials blew the whistle, and Morstead executed a perfect kick. It was a scrum, but ultimately, the Colts never had a chance to see it coming. The Saints pulled off the riskiest call in Super Bowl history, and never once looked back. An “Ambush.”

These special plays took three things to work: the coach/player who developed it, the execution by the player giving it his all, and the call by Sean Payton in the right moment. As a unit, special teams aren’t known for a lot, but what they’re most known for is generating a much-needed spark when a team isn’t clicking; the enthusiasm and momentum switch alone usually are enough to bolster spirits.

Gleason’s kick generated a spark for the fragmented team of misfits to come together; in turn, it sparked the rebirth of the city of New Orleans in the wake of Katrina. Morstead’s Super Bowl XLIV kick brought the Katrina-era team full circle, culminating in the ultimate victory for a team and city that deserved it more than ever. These two plays came in critical moments of rebirth and success of these “special teams” in 2006 and 2010; both paralleled the rebirth of the city of New Orleans, with each bookending the era of the team during the aftermath of Katrina.

In both cases, these plays generated a spark that transcended the game of football. How many teams have a statue of a special teams player in front of their stadium? Gleason’s infamous play, seared indelibly in Saints fans’ memory, is immortalized through the aptly named “Rebirth” statue at the front of the Superdome. His blocked punt encapsulated much more than a special play; his refusal to wave the white flag in surrender revived a city devastated by tragedy, who desperately needed a catalyst for hope. Who could foresee that the ultimate hero would soon face the worst kind of illness?

In 2011, Steve Gleason was diagnosed with ALS, a neuromuscular disease considered terminal. In spite of mystifying odds, Gleason refuses to wave the white flag in surrender. After doing so much for both the city and his team, in that one moment, New Orleans teamwork forever transcended past the field. That teamwork is best on display between the Saints and Steve Gleason to this day.

When Gleason was honored with the Congressional Gold Medal, Drew Brees, on his 41st birthday, flew to Capital Hill to speak in honor of Steve Gleason. Together, they refuse to wave the white flag. All leading back to the blocked punt on special teams, and how that play eventually came full circle in Super Bowl XLIV. Never Punt.