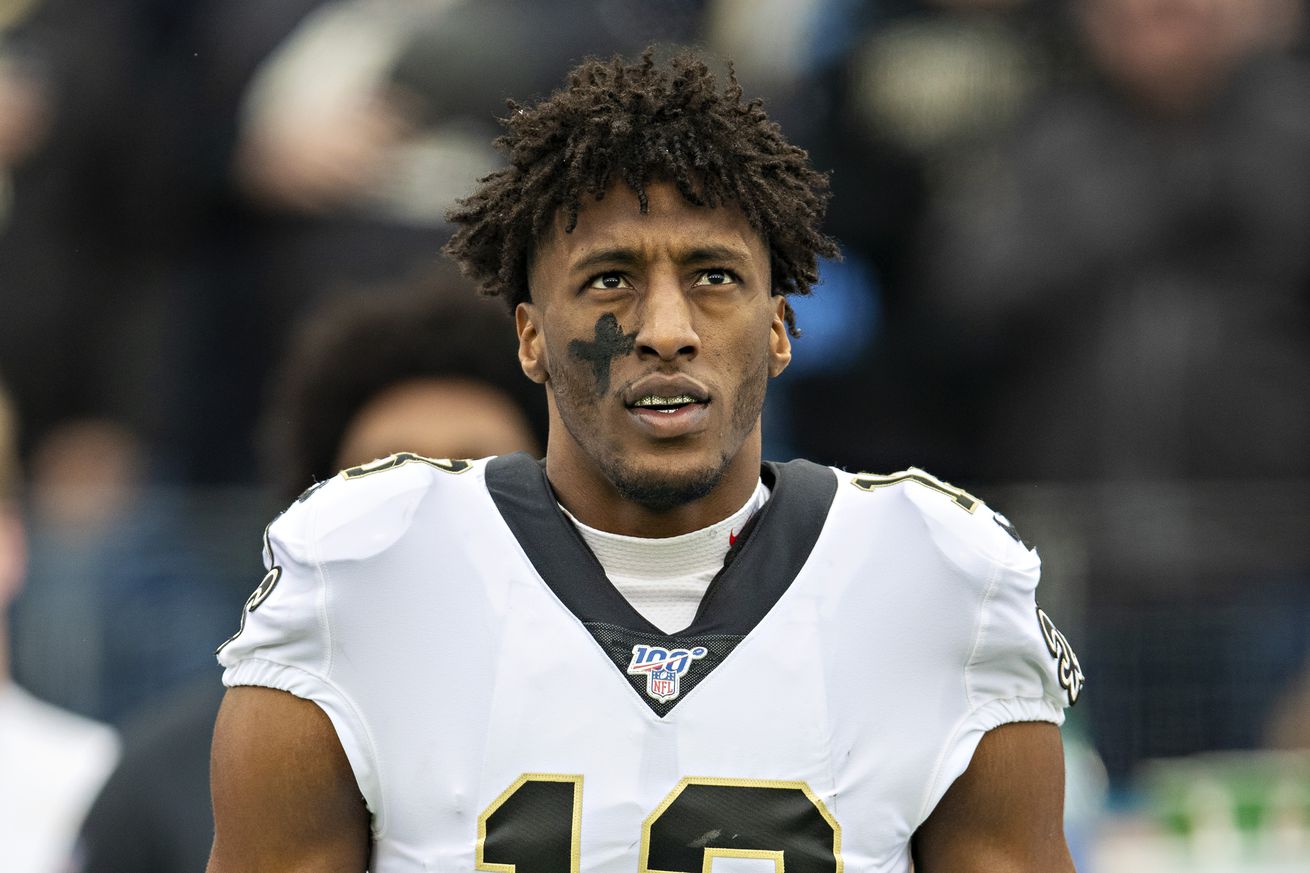 The New Orleans Saints will face their toughest challenge since, well, 2019, after losing Michael Thomas for several weeks due to a high-ankle sprain.

New Orleans Saints wide receiver Michael Thomas suffered a high ankle sprain in the late portions of the Week 1 game against the Tampa Bay Buccaneers. Initially, the thought was Thomas would be able to play this coming Monday night against the Las Vegas Raiders. However, after further evaluation on Tuesday, Thomas is likely to miss “several weeks” according to Tom Pelissero.

Naturally, the initial reaction from Saints fans will be panic. But, after taking a deep breath we can all realize that this may not be the worst case scenario. First, high ankle sprains are notoriously hard to heal, had Thomas played on Monday night he could have either injured it further, or not allowed it to properly heal. While Thomas at even 75% is better than most pass-catchers in the NFL, this team will need Thomas at 100% if it hopes to make a true push for the elusive Super Bowl.

New Orleans has faced adversity before, quite recently in fact. Some will remember when quarterback Drew Brees had to miss five games due to a thumb injury last season. While the sky was falling the Saints achieved a 5-0 record in that span thanks to Teddy Bridgewater and a stout defense. But, the loss of Thomas is different than losing a signal caller.

New Orleans is especially well equipped to deal with this scenario in the 2020 season. Just as they prepared for the possibility of losing Brees in 2019 and beyond, they have contingencies in place for Thomas. The Saints added free agent Emmanuel Sanders who will now take over as WR1. Sanders has a long career full of success and should thrive with the new found opportunity. Last year alone he had 66 receptions for 869 yards and 5 touchdowns. In an offense suited to his particular skill set, coupled with the fact he will likely see a lot more targets, Sanders could help mitigate the huge loss on his own.

Luckily, he won’t have to. Alvin Kamara proved in Week 1 that he can be the play-maker the offense is looking for even when the unit is out of sync. The running back can provide an additional target for Brees, especially playing in the slot. His versatility also allows head coach Sean Payton to plug and play with the offensive scheme.

Tight end Jared Cook seems to have also picked up right where he left off last season. In Week 1 against the Buccaneers Cook secured 5 receptions for 80 yards and could have had more if it weren’t for one of those pesky drops. Cook could be a massive piece to solving the puzzle that is Thomas’s absence.

Additionally, Pro Bowler Deonte Harris has started to raise some eyebrows after a solid performance on Sunday. Harris was impressive during his rookie campaign as he was used almost exclusively as a return specialist. However, his speed and high football IQ have given New Orleans the opportunity to start utilizing him in the offense. He could be a dark horse candidate in helping the team through this time.

None of this has even mentioned Taysom Hill, Bennie Fowler, Ty Montgomery, Tre’Quan Smith, or Lil’Jordan Humphrey. All of whom could play a pivotal role in picking up the slack in Thomas’s absence. Each will vie for the opportunity to make their presence known in the offense.

But, through all this many fans have failed to consider what is perhaps this team’s greatest strength: the defense. Last year when Brees missed time, of course Teddy performed admirably, but it was the defense that was leaned upon to keep games close and give Bridgewater a chance to win them. This year’s version of the defense is perhaps even more stout and it was on full display against Tampa Bay when they absolutely frustrated Tom Brady forcing error after error.

Oh, and speaking of Sunday’s victory against Brady and the Bucs, it is worth noting that the vaunted Brees-Thomas connection was pretty quiet. Thomas had only 3 receptions for 17 yards and no touchdowns. Yet, the team still won by double digits against the preseason Super Bowl champions. Why? Well, it was in large part due to the defense scoring points and creating opportunity while the special teams unit was absolutely lethal. Fans are accustomed to a high power offense and the loss of Thomas is scary, but in reality this team is a contender not because of one or two players, but because they have a solid foundation in all three phases of the game.

Finally, there is room for optimism. Even if the worst case scenario comes to pass and Thomas is put on the Injured Reserve (IR) and misses “several weeks” this is the time of the season to do so. Here are the next five weeks on the Saints’ schedule:

That is a pretty favorable schedule for the next five weeks for the team if they have to lose their All-Pro receiver. The Packers will prove a tough matchup after having just put up 43 points against the Minnesota Vikings on Sunday afternoon, but it isn’t impossible.

Despite the “sky is falling” thoughts in everyone’s mind right now, the 2020 iteration of this team is uniquely suited to deal with this type of loss, especially so early in the season. Offensive depth, defensive strength and continued solid play by the special teams will make this bit of adversity but a footnote in the already weird 2020 season.