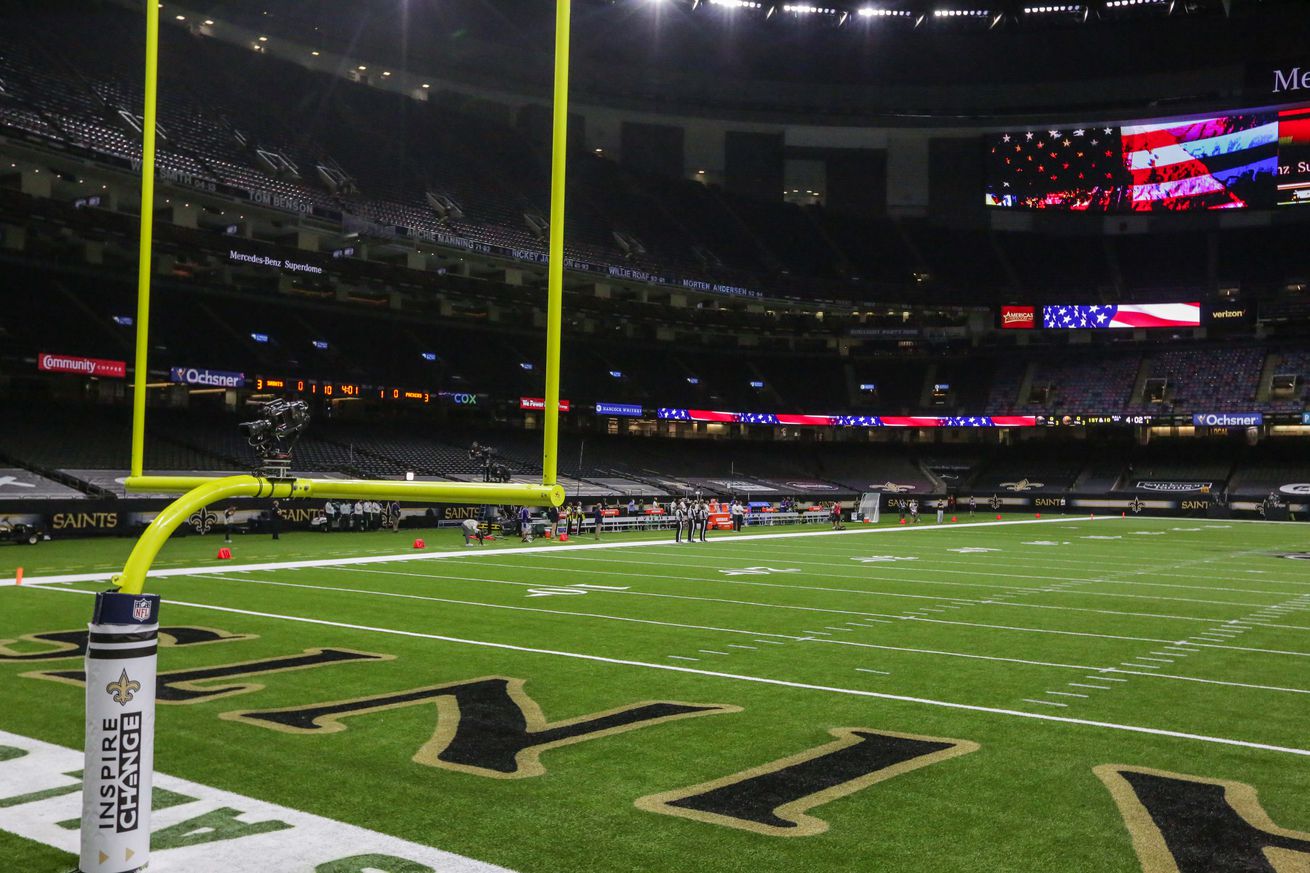 With under four minutes left in fourth quarter and clinging to only a three point lead, Packers quarterback Aaron Rodgers pulled off one of his go-to tricks and utilized a hard count on third and 3. Drew Brees has also become adept at drawing opponents offside with a hard count, but Rodgers managed to do it on Brees’ home field rather than his own.

Not once, but twice, Demario Davis took the bait. It even appeared like Rodgers was close to calling a time-out when Davis jumped far over the line of scrimmage, giving Rodgers what he has become an expert at cajoling, a free play.

Though Davis’ encroachment was declined, Janoris Jenkins’ pass interference on Allen Lazard was accepted and put the Packers at the goal line instead of stalling them in field goal range. The play ended up extending the Packers’ drive and allowed them to score a touchdown, which put them 10 points ahead instead a more manageable six points if they had settled for a field goal.

This was the kind of play Brees has been able to trick out of his opponents in the Superdome when the Saints fans know to be quiet while the offense is on the field. But without 70,000 screaming fans while the Saints are on defense, Rodgers and the Packers offense were able to employ a hard count he would rarely try outside of Lambeau Field.

Sean Payton said the league allowed teams to raise the ambient crowd noise from 70 to 80 decibels, but even with that minor increase in volume, the fake crowd noise has absolutely nothing on typical game day crowds that average over 100 decibels every defensive down.

After the game, Rodgers was asked how the lack of live crowd noise impacted his team’s play and he didn’t mince his words.

“It’s a big weapon for us,” Rodgers told NBC’s Michele Tafoya. “A lot different environment than in 2008 and 2014. This place is rocking all the time. I know we all miss that in the sport — the fan interaction, the energy from the crowd. But it definitely helps us out in tough environment like this.”

When Saints defenders are jumping offsides to their opponent’s hard counts at home in the Superdome, I think it’s fair to say that Saints fans may have been more important to their team’s established home field advantage than we we ever could have thought. In my beloved Section 602, we have a recurring goal of forcing at last seven Fan Impact Plays per game.

Without the Saints’ historically loud crowd filling the Superdome with upwards of 110 decibels of distraction, the Superdome ain’t super at all. Without the home field advantage that Saints fans provide for their team, the Superdome has become a quiet and spiritless neutral field and it’s negatively impacting the so-called home team.