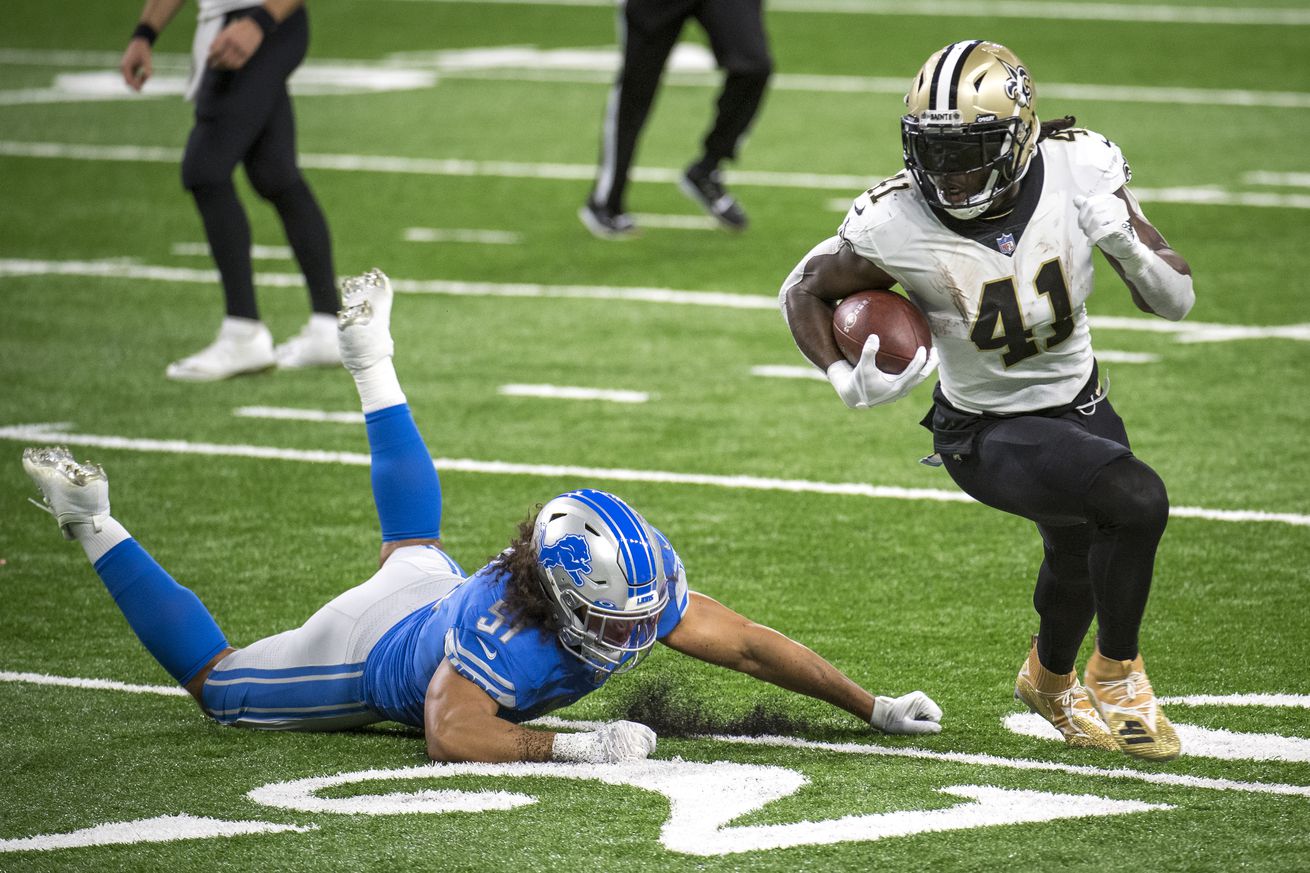 As schedule gets lighter, Saints have a chance to go on a run

“It ain’t no party if you ain’t got that Lombardi!”

It felt as though 1-3 was a real possibility, when the New Orleans Saints decided to play the kind of football that we all thought them capable of. From down 14-0 to the Detroit Lions in the blink of an eye, the Saints were ahead 35-14. Only an injury to right tackle Ryan Ramczyk really derailed New Orleans’ offense, which until that point was truly humming for the first time this season.

A 35-29 win in Detroit and a 2-2 record figured to slightly improve New Orleans’ odds of making the playoffs, as well as their odds of representing the NFC in Super Bowl LV. But in an ultra-competitive NFC, where do the Saints stand now with a quarter of the season completed?

Last week, following their home-loss to the Green Bay Packers, 538 had the Saints with the 12th-best odds of making the Super Bowl with a 3% chance. After their win in Detroit, and based on the results of the other 31 NFL teams in week four and those of the Tampa Bay Buccaneers and Chicago Bears on Thursday night, the Saints improved ever so slightly to 10th in the entire NFL, tied with the aforementioned Buccaneers with their odds still at 3%.

On the NFC side, the top contender is 4-0 Green Bay, who is also second in the NFL with 13% odds to win the conference. The 4-0 Seahawks are third in the NFC with 10% odds, while somewhat surprisingly, the Los Angeles Rams are fourth (7th in the NFL) with 4% odds.

After winning their division for the past three seasons, the Saints have a chance to make history by earning a fourth consecutive division crown, something that has yet to be accomplished since the inception of the NFC South in 2002. New Orleans would then get their record-extending seventh NFC South title. After four games, New Orleans has a 44% chance of winning the division, just ahead of the Tampa Bay Buccaneers, who are at 42%. At 2-2, the Panthers have a 10% chance to win the South, while the Falcons aren’t completely, with a slim 4% chance at the division title.

As far as the postseason is concerned, the Saints have a healthy chance to make the playoffs at 63%. In their own division, New Orleans is just behind the Buccaneers who hold a slim advantage at 64%. The Carolina Panthers have only a 23% chance of making it to the postseason, while the 0-4 Atlanta Falcons still have a 7% chance of playing late in December.

According to Football Outsiders and their DVOA formula, the Saints are still in the top 5 of teams with a chance not only to make it to, but win Super Bowl LV, with 8.3% odds, which ranks third in the NFL. Just ahead of their now division rivals Tampa Bay Buccaneers, who are fourth with 8.2% odds. Interestingly, despite being 4-0, the Green Bay Packers are not in FO’s top 5, as the Seattle Seahawks are second with a 9.6% chance to win the Lombardi, and the Chiefs prohibitive favorites with a 19.3% chance to repeat as Super Bowl champions.

In the division, FO has the Buccaneers with a much larger lead than Five Thirty Eight, with a 50.2% chance of winning the South vs. 41.6% for the second place Saints. The Panthers are third with only a 5% chance of passing both the Saints and Bucs, while the Falcons still have a pulse with 3.3% odds of winning the South.

The take home message here is that for a season that has felt rather mediocre since its beginning, New Orleans is in a great position to make a run, with all of its goals firmly in reach. The second quarter of the season starts Monday night against the Los Angeles Chargers who will be led by rookie quarterback Justin Herbert. With that Tampa Bay Buccaneers having already lost a 20-19 decision to the Chicago Bears on Thursday night, with a win New Orleans has a chance to regain the division lead since its win over the Bucs in week one.

Enjoy the ride, we are just getting started y’all!