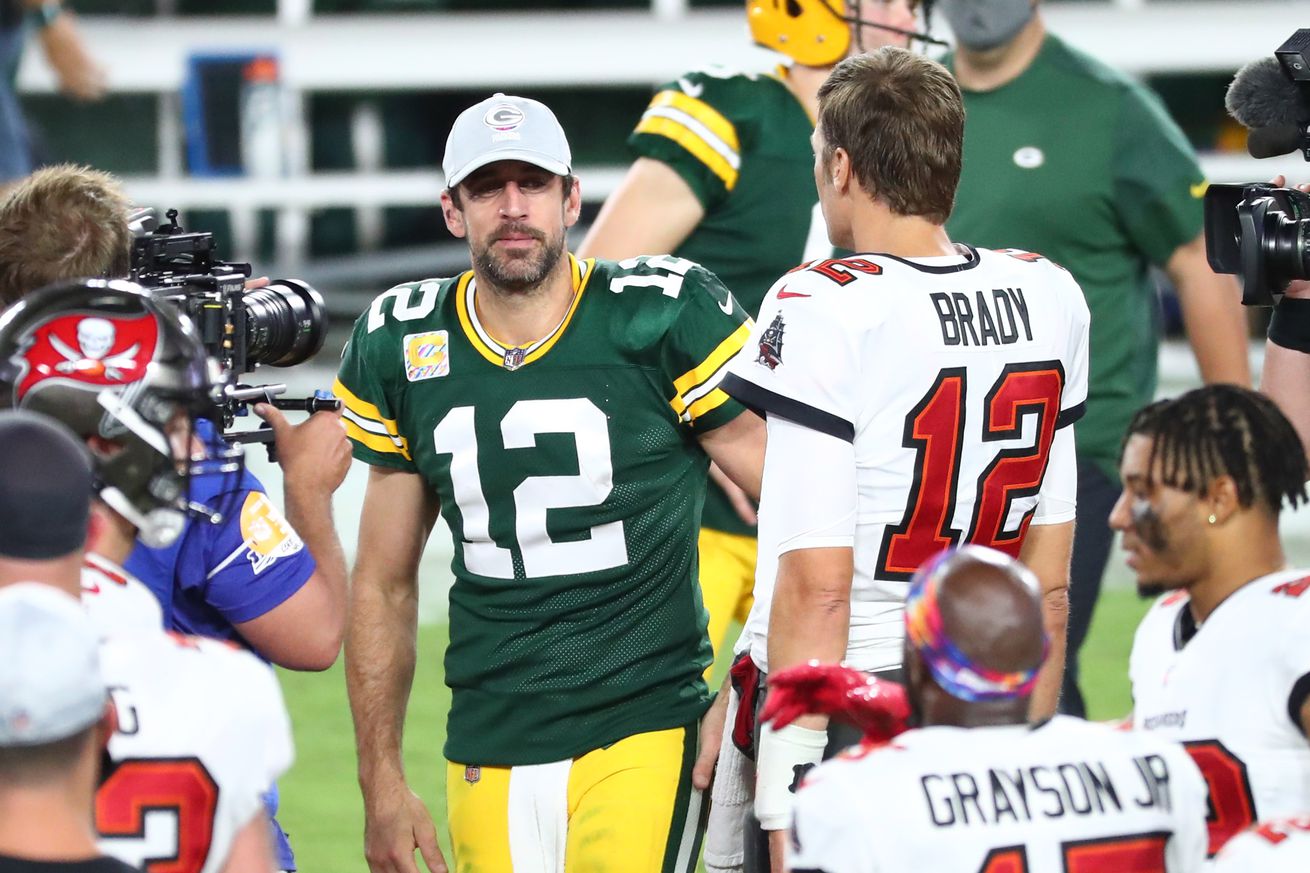 The drama fueled Saints had a bye week in Week 6, while the rest of the division foes took the battlefield. The Saints will be getting their Offensive Player of The Year, Michael Thomas back for the Week 7 matchup against the division opponent-Carolina Panthers.

As for the Carolina Panthers in Week 6, the Christian McCaffrey less squad fell at defeat to the Chicago Bears. Looking forward for the Panthers, The (3-2) Panthers have a big game ahead against the (3-2) Saints motivated squad.

The Colin Cowherd No. one team in his Power Ranking, also known as Tampa Bay Buccaneers, combat the red hot Las Vegas Raiders on Sunday Night. Last, but least, the Atlanta Falcons combat the rejuvenated Detroit Lions, which could be a battle for a Top Ten draft pick in 2021.

Let’s dive in and take a deeper look at each NFC South squad heading into Week 7.

Michael Thomas started Week 5 as the Incredible hulk, then he came back down to Bruce Banner in the Week 6 bye week. Thomas was all smiles, as ESPN interviewed Cameron Jordan and Michael Thomas had a snapshot of an appearance in the background. Michael Thomas might be getting judged by many fans for an ill-placed ego, but his work ethic can be a double edged sword. He’s one of the league’s best players and it comes with a lot of confidence and swag. His attitude just needs to be contained. It seems to be contained right now. Knock on wood.

Michael Thomas will be joining Emmanuel Sanders on offense for future first ballot hall of famer, Drew Brees at quarterback. Emmanuel Sanders is coming off a career high-12 receptions against the Los Angeles Chargers in Week 6. This will be the best combination at wideout for Drew Brees in his whole career. Brees will need to utilize this weaponry right out of the gate against a comprisable Panthers secondary. It won’t be easy to adjust if Thomas and Sanders show up, because it just hasn’t happened yet.

Kobe Bryant once said along the lines of darkness, sadness, revenge of being the tools to find the most potential in motivation. Teddy Bridgewater might be pictured as the courageous character he is, but he’s taking the field against a team that showed him the exit door in place of undrafted quarterback quarterback, fan favorite, Taysom Hill.

Teddy Bridgewater has been the most surprising star quarterback in 2020. It’s not close. Bridgewater is Top-5 in completion percentage, seventh in passing yards, and he’s doing it without Christian McCaffrey.

Watch out Drew Brees, Teddy Bridgewater may look like the best quarterback in the big easy on Sunday. If he wasn’t already.

Julio Jones had himself a day in Week 6. Julio Jones had 137 receiving yards and two receiving touchdowns, while the Falcons intercepted Kirk Cousins three times. We all see what the Falcons are capable of when they are playing team defense and not giving up onside kicks. They will need to play team football as they combat the competitive Lions in Week 7.

Tom Brady has to be pleased. The Buccaneers are 4-2, Rob Gronkowski had a touchdown catch in Week 6, and he can look at the scoreboard to see that Bill Belichick is 2-3 thus far. Life is good. Pleasing for the Brady Bunch that is.

The Tampa Bay Buccaneers have scary talent. Their run defense is like the moving wall in Star Wars “New Hope” as I stated last week. Tom Brady still has plenty of arm talent. I believe the only loose cannon is Bruce Arians scheme for the six-time Super Bowl quarterback that he throws under the bus.

This run defense will show up anywhere and everywhere. Tom Brady will be playing above average for the next two years, thanks to the TB12 method, and they have weapons galore. Especially, with Gronk getting in sync. This team faces off against the Las Vegas Raiders on Sunday Night. One AFC team and one NFC team wants to break that barrier of making every Top-3 power ranking list outside of Colin Cowherds. Which one will grab the victory?