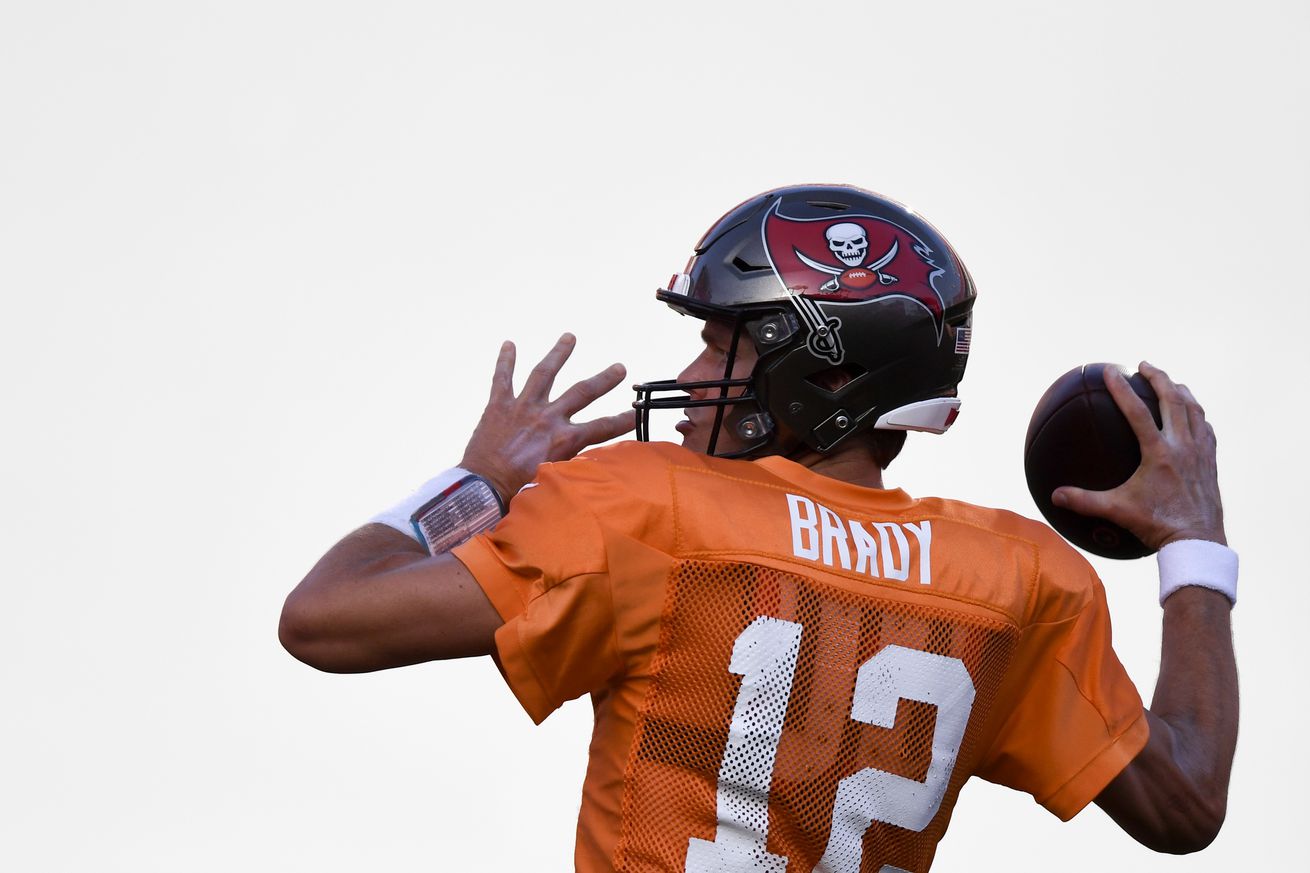 The 2020 NFL season is steadily approaching. Every fan in the NFL knows that there is one match-up we’re all waiting for for: the Tampa Bay Buccaneers versus the New Orleans Saints. Six-time Super Bowl champion Tom Brady goes on the road against the quarterback he’s trying to catch in career-touchdowns and career-passing yards records, Drew Brees. These two ageless wonders clash in a contest where they’re both looking for a strong start to a season filled with Super Bowl aspirations.

The Atlanta Falcons are quietly in the midst, after finishing 2019 with a 6-2 record. They don’t want people to lose sight that they were the only NFC South team to beat New Orleans last year, along with the San Francisco 49ers. This team is joined by 2017 Offensive Player of The Year, Todd Gurley, as they look to start 1-0 against the loaded Seattle Seahawks squad.

Last but not least, Carolina Panthers. This team may boast the league’s best overall player with running-back Christian McCaffrey. Joining C-Mac is Teddy Bridgewater, the former Saints quarterback that went 5-0 in Brees Absence last season. A Panthers win against the rising Las Vegas Raiders squad, might unravel a team that’s not only underrated in their stacked divison, but the whole NFC.

This Saints squad managed to improve their 2019 roster that ousted out a 13-3 record. This team is joined by former San Francisco 49ers wide receiver, Emmanuel Sanders. Sanders will form a formidable duo with 2019 Offensive Player of The Year, Michael Thomas. This offense managed to improve an offensive line unit that displayed three pro-bowlers and one All-Pro player from last year, with the selection of Cesar Ruiz (guard) in the first round.

On defense, this team is led by first team 2019 first team All-Pro linebacker, Demario Davis, along with second team All-Pro edge rusher, Cameron Jordan. The additions of Safety Malcolm Jenkins, Zack Baun (3rd round pick), and Janoris Jenkins late last year, could prove this unit out to be a Top-10 defense.

I don’t know where this team struggles on paper, but they will have a good test in Week 1. Tampa Bay will be quite a test of the Saints defense after the additions of Tom Brady and Rob Gronkowski.

Can this team protect their 43-year-old quarterback?

The Tampa Bay Buccaneers have a surplus of talent, but is it enough to win a Super Bowl? This team is absolutely loaded after the 2020 off-season. Tom Brady is gifted with the league’s best wide receiver combo in MIke Evans and Chris Godwin, and they are joined by Rob Gronkowski and the recently-signed Leonard Fournette.

The question mark for Bruce Arians’s offense rests in the offensive line, but Tampa attempted to address this weakspot in the offseason. They drafted a freak talent in Tristan Wirfs, who will be penciled in as the starting right tackle. Left tackle, Donovan Smith, graded out as the 32nd-best tackle in 2019 according to Pro Football Focus.

This combination will have to face off against arguably one of the best pass rushing combinations in the NFL in Week 1: Cameron Jordan and Marcus Davenport. We will see if they have enough beef up front, to protect Brady for the long season/post-season ahead.

Can this team continue their strong finish to 2019?

The Falcons started off horrendous in 2019, with a 1-7 start to the season. Then they went from the bottom of the barrel to NFC juggernauts, with a 6-2 finish to the year. The Falcons will look to maintain the momentum from their hot finish from last season after the successful off-season they put together.

Todd Gurley has joined Matt Ryan, Julio Jones, and Calvin Ridley, to light opponents up on the scoreboard. On defense, they added one of the league’s premier pass rushers, Dante Fowler Jr., who notched 11.5 sacks last season.

Atlanta will have a great opportunity to start out strong in Week 1 against Seattle. The Seahawks may have added Jamaal Adams to the secondary, but their poor pass rush only got worse after last season. Clowney is now in New Orleans Tennessee, so Matt Ryan will look to air it out a lot in this showdown.

Can Teddy Bridgewater put up big plays for this offense?

We all know that Carolina boasts one of the NFL’s best offensive skills players in Christian McCaffrey. McCaffrey became just the third running back in NFL history to record 1,000 rushing yards and 1,000 receiving yards in the same season. But Carolina has the opportunity to have an explosive aerial attack as well, rather than simply relying on McCaffrey to have splash plays on the ground.

Teddy Bridgewater was signed away from New Orleans to become the Panthers’ starting quarterback. Bridgewater has all the resources to fulfill the potential of a promising 2020 campaign.

Outside of McCaffrey and the underrated D.J. Moore from last year’s offense, Bridgewater also has newly-signed WR Robby Anderson to lean on. Anderson has 11 touchdowns of 30 yards or more, third most in the league since 2016.

Bridgewater has got to love his weaponry headed into Week 1, even if it’s a notch below what he had in his time with the Saints. Bridgewater will not likely need to put up a lot of points against a Raiders squad that features a below average secondary. Las Vegas has a pair of inexperienced cornerbacks after cutting Prince Amukara and Damarious Randall. For the Panthers to come out on top, Bridgewater will need to expose Las Vegas’s secondary in this anticipated match-up.