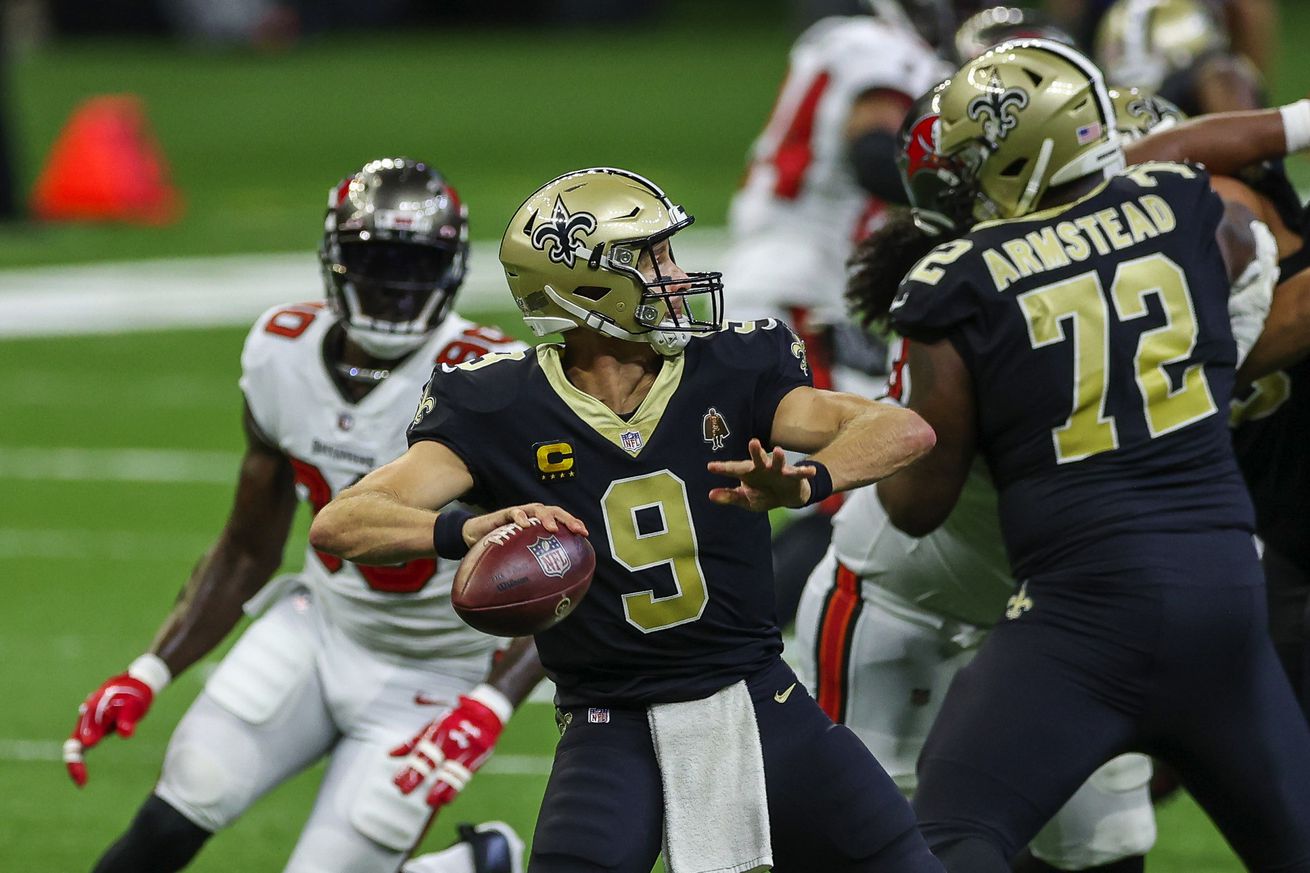 It’s good to be back.

The New Orleans Saints, behind the play of Drew Brees, Alvin Kamara, Jared Cook, a stifling defense and excellent special teams play, were able to hand Tom Brady and the Tampa Bay Buccaneers their first loss of the 2020 NFL season. It was a complete game for the Saints as the offense took some time to get moving but the Saints defense – and special teams – were able to propel New Orleans to a victory.

The Saints were able to force the national media to pump the breaks a bit on the Tom-pa Bay Hype Train after handing the Buccaneers a 34-23 loss in the Dome, and here are some of the best reactions from #SaintsTwitter after the game:

Saints start as the only NFC South team with a win in the 2020 season after Week 1. pic.twitter.com/dd0Qzi11Eg

me all morning tomorrow if the saints win https://t.co/75EwbNLvCU

Fantastic start for the Saints 2020 season who now, jump out as the only winning team in the NFC South. Great tone to set ahead of traveling to Vegas next week.

Mike Evans had one reception Sunday and it came on a play starting at 2:46 of the fourth quarter. According to @NextGenStats, Marshon Lattimore lined up against Evans a team-high 29 times, and limited him to 0 receptions on two targets as the nearest defender.

Was good to see Lattimore start the season playing well.

Cam Jordan on the weirdness of no fans in the Superdome: “It felt like we were at a Tampa Bay game.”

: Emmanuel Sanders’ view of the locker room celebration after the #Saints season-opening win!

Congratulations @A_kamara6 & @demario__davis y’all earned it happy to know we will be teammates for some time now . You know it’s one rule once you get the bag you got to go even harder! I know y’all good for it and it’s a few more where that came from. ⚜️

Lmao, former Saints FB Zach Line posted this to his Instagram above the caption “Retirement is hard” https://t.co/J3x5HImPPo pic.twitter.com/GeWgjPw1zK

Y’all can complain about Drew all you want, but he never misses the chance to spend time with his fans pic.twitter.com/uEOvGuQva3

No shame in losing at NO if you’re Tampa, especially with having a FG blocked & giving up a Pick 6. Run game & defense looked really good.

The Bucs are just a quarterback away from being a real contender.

Maybe they’ll get one in the draft next year.

Tom Brady looked like he had better chemistry with Janoris Jenkins than Rob Gronkowski – per @getnickwright pic.twitter.com/WB3nKBK4ZL