The NFL has suspended Saints defensive tackle David Onyemata for six games, per a press release from the league office. Onyemata’s suspension will take effect after the preseason, keeping him off the field until late in the fall. 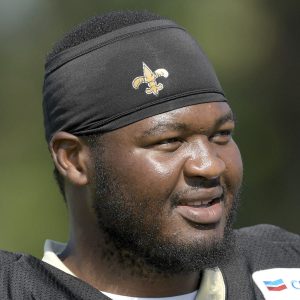 The Saints have a Week 6 bye, so Onyemata won’t be eligible to rejoin the Saints until Tuesday, October 26. It’s a bad break for New Orleans’ defense, especially since a suspension for cornerback Marshon Lattimore could be just around the corner.

“I was informed by the NFLPA yesterday that I have tested positive for a banned substance resulting in a suspension for part of the 2021 NFL season,” said Onyemata earlier today. “While I was certainly surprised and disappointed with this news, I am responsible for what I put in my body. As I have never knowingly taken anything that could cause a positive test, we are currently in the process of testing the supplements I was taking at the time of the test. Regardless, I am committed to being more aware of any medication and dietary supplements that may contain substances banned by the NFL.”

The Saints have Onyemata signed through 2022, thanks to the three-year, $27MM deal he signed in 2020. Last year, he registered 44 tackles, 6.5 sacks, 16 quarterback hits, and one interception while grading out as the seventh-best interior defender in the NFL, per Pro Football Focus.