Per @CharlesRobinson on Caleb Farley, says he’s hearing Saints might move up to get him. And that Saints feel they may need to move ahead of Titans to get it done.

Stop here if you’ve heard this before, but the Saints might be eyeing a trade up the board for a player with an injury history in this year’s NFL draft. Both factors fit their established trends, and Yahoo Sports’ Charles Robinson reports New Orleans could have a similar plan in the works for 2021, targeting Virginia Tech cornerback Caleb Farley.

Farley, of course, had a follow-up surgery in March after injuring his back in a 2019 weightlifting accident. And that’s after a 2017 ACL tear, on top of his decision to opt out of the 2020 season due to the COVID-19 pandemic. Farley just started playing defense in 2018 but turned in phenomenal tape as a cover corner, and he’d likely be a top ten pick if not for the injuries. He’s got the speed to run with anyone, and the ball skills (25 passes defensed in 24 games played) to frustrate any receiver.

“I think he’s gonna be fine, I think he’s a good player, he’d be a good value for the Titans at 22,” Robinson told the Athletic’s Joe Rexrode on ESPN’s Nashville radio affiliate. if Farley had a clean bill of help, Robinson added, his draft stock would be phenomenal: “Probably off the board in top six or seven picks.”

Farley is one of 13 prospects attending this year’s draft from the “green room,” and he’s the only other cornerback besides Alabama’s Patrick Surtain II, so he clearly expects to be picked highly. It’s possible other teams are comfortable enough with his medicals to pick him above a range the Saints are comfortable moving into. But Sean Payton did identify cornerback as the team’s lone “must” position they have to address to field a competitive lineup, so a bold move shouldn’t shock anyone.

And the Saints do have the resources to leap up the board — leapfrogging rivals also looking for corners like the Titans. They own two picks at the end of the third round that can be traded to facilitate a move, and maybe a team like the Colts (picking one slot ahead of their AFC South opponent at No. 21) would like to move down and pick up more picks.

You just have to ask if Farley is the right prospect to move up for. Between the durability concerns and his inexperience, there’s reason to think he could struggle to even get on the field and be consistently effective when available. There will be other players with more college reps and cleaner bills of health available later in the draft, but the list of cornerbacks with his combination of instincts and athleticism is, well, brief. We’ll find out what happens in just a few days.

Did the Saints’ blundering 2018 draft set back the franchise? 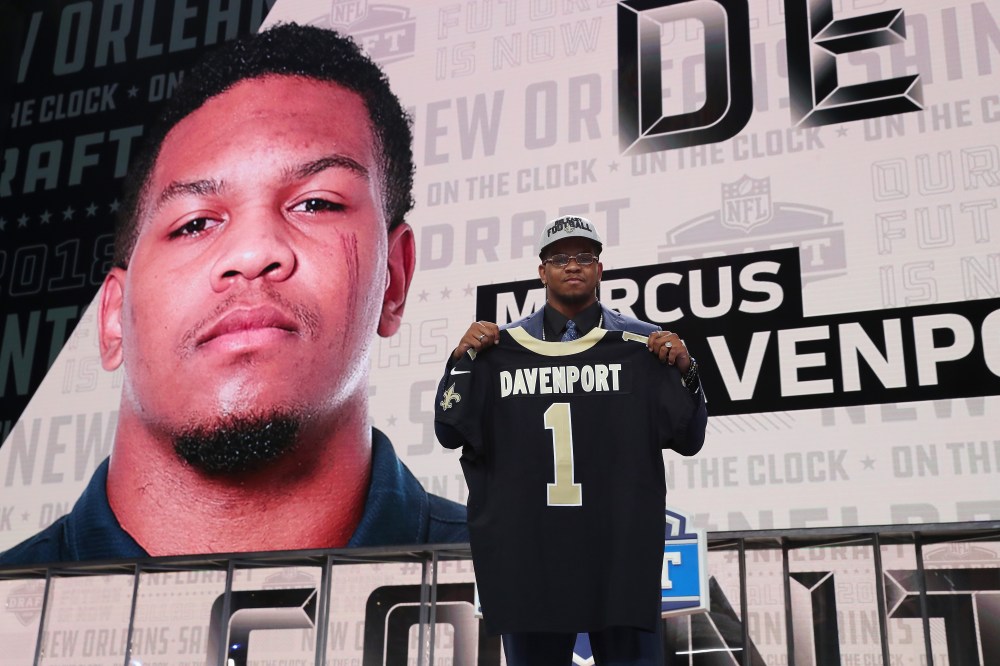