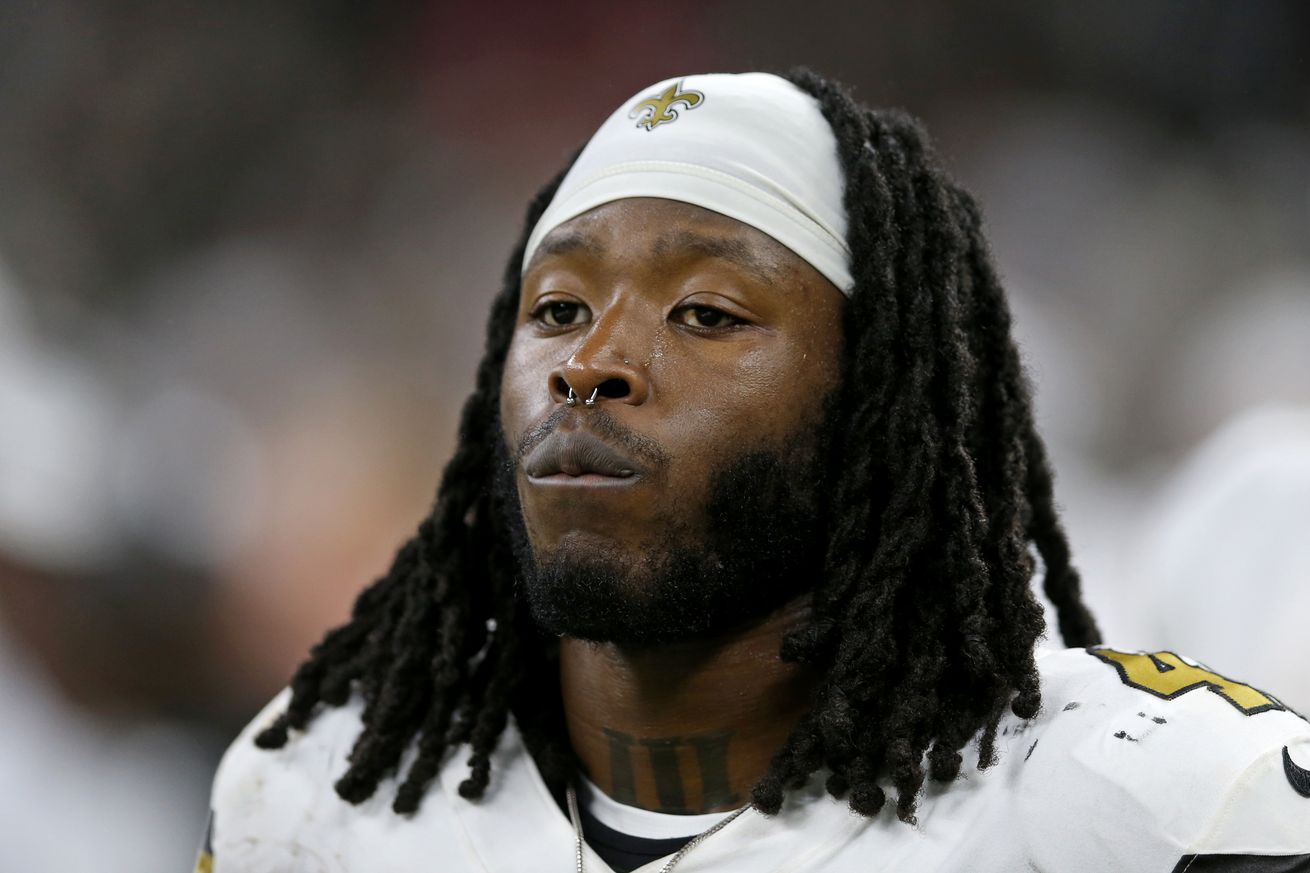 Only a few NFL players act as their own agent, but in this era of self-empowerment, could more players choose to follow their example?

When Alvin Kamara appeared to be holding out for a contract extension, some believed his Klutch Sports agent Damarius Bilbo was behind his client’s three unexcused absences from training camp. Whether or not Bilbo advised Kamara to play this hand, the power move failed as the Saints front office quickly leaked that they were seeking trade partners for the fourth year running back.

Eventually, cooler heads prevailed and Kamara is reportedly engaging in talks for an extension with the Saints once again. This whole saga got me thinking…do NFL players really need sports agents like they used to?

Just a couple days ago, star wide receiver DeAndre Hopkins negotiated his own contract extension with the Arizona Cardinals, and he was not the first to do so.

.@DeAndreHopkins negotiated his own Cardinals extension

Before Russell Okung, Bobby Wagner, Richard Sherman, and Lamar Jackson all chose to represent themselves, Daunte Culpepper blazed this path less travelled during the final three years of his career. Inevitably, Culpepper chose to retire rather than accept what he believed were below market offers from the Packers and Steelers to back up Aaron Rodgers and Ben Roethlisberger.

He also believed that league executives were punishing him for having the audacity to represent himself during contract negotiations. In the mid 2000’s, there simply weren’t many, if any, NFL players willing to take on the responsibility of handling their own marketing, public relations, and contract negotiations like Culpepper.

Like Sherman, Culpepper was over 30 years old and coming off a major injury, so it’s fair to say the offers of $1 million and $750k from the Packers and Steelers respectively for one-year deals may have been perfectly fair after all. But unlike Culpepper, Sherman’s bet on himself paid off, and he saved 3% in agent fees in the process.

Saved the Law school money and the agent fees. Guess those nuances can be figured without it ‍♂️ https://t.co/LvCtUfzvIg

After inking what was essentially a one-year $5 million deal with the 49ers as a free agent, many lambasted Sherman for negotiating his own deal. The three-year deal, worth up to $39.15 million, was heavily back-loaded and incentive-laden.

“The thing I’m most frustrated about is all the people that were so high on bashing this deal refuse to bash the agents that do awful deals every year,” Sherman told reporters. “There are agents out there that are doing $3 million fully guaranteed deals that look like $50 million deals. When the guy gets cut after two weeks or after a year, and the guy only makes $5 million of a $50 million contract, nobody sits there and bashes the agent. You don’t hear Florio writing any articles about it.

“The kid from Philly, Bradham or something, took one year, $6 million deal but to everybody else is a $40 million deal. There’s nobody to bash it, because nobody’s even paying attention to most of these agents and their deals. So I think this was just one of those things where the agents feel uncomfortable with a player taking the initiative to do his own deal. Obviously it puts a fire under them. It makes them more accountable for their actions, because more players will do this.”

Sherman would have to play 90% of the defensive snaps and make the Pro Bowl and All-Pro to earn the majority of his contract. In the end, Sherman got the last laugh as he returned to top form in 2018 and achieved all three contract incentives. He will inevitably receive at least $29.725 million of his three-year deal and could still earn as much as $34.775 million.

Obviously, not every player has the name cache and resume like Sherman prior to his free agency, so I wouldn’t recommend this path to everyone. But, Sherman is a Stanford graduate who understood his market value, and more importantly, his own abilities to recover after tearing his Achilles and being released by the Seahawks in 2016.

Maybe it’s a tale of players knowing their abilities and believing in themselves. More players have incentives that can’t be achieved and are negotiated by agents but hey let’s not talk about that https://t.co/Jet2cJoQyC

When a player chooses to represent themselves, it doesn’t always work out so well either. The first time Okung represented himself, he signed a five-year $53 million deal with the Broncos that was voided just one year later after Okung had only earned $8 million of the contract.

Instead of crawling back to professional representation, Okung learned from the experience and negotiated a four-year $53 million deal with the Chargers, but this time with much more guaranteed money to the tune of $25 million.

Wagner negotiated even more guaranteed money, $40.25 million, on his three-year, $54 million deal that has him making the third highest annual salary for a linebacker behind only Khalil Mack and Von Miller.

In an article he wrote for The Players’ Tribune, Okung summed up this new era of athlete perfectly, “You see, there’s a new sort of athlete, and he’s not just an athlete. He’s a businessman and a living brand, a la Magic Johnson or LeBron James. He’s a player who represents himself because he not only understands the market and his own personal value, but has the self-assurance and financial know-how to do so, too.

“I know my worth. I can look at the market and go directly to a team without an agent and tell that team my worth. And I can do so with confidence because I’ve done my research, I’ve educated myself and I’ve questioned the answers I’ve been given.

“And when it comes to reviewing the details of my next deal, I’ll hire an expert — a lawyer or a sports attorney who understands the dynamic of football contracts — to read the paperwork. I’ll negotiate a one-time flat fee that isn’t dependent on the size of my salary.”

“I know coming in as a rookie, agents don’t negotiate anything really,” Jackson said at the NFL combine. “You know you’re gonna get the salary you’re gonna get, and I decided I don’t need him. He’s going to be taking a big cut of my paycheck anyways, and I feel I deserve it right now.”

By understanding the market and betting on himself, Jackson saved roughly $286,908 by not retaining an agent. Instead, like Sherman, Wagner, and Okung, he hired a lawyer for a one-time fee to review the four-year $9,563,628 contract he signed as the 32nd overall pick.

If Kamara signs a four-year extension worth, say, $50 million, he will probably pay his Klutch Sports agent Bilbo the capped 3% value, which would be $1.5 million. That’s a lot of dough to fork over instead of educating oneself on market dynamics and betting on one’s ability, if one is able to do so.

Again, most players might not have the financial and business acumen to do this on their own, but Kamara is talented and game tested enough to be successful at representing himself. Plus, we already know he’s savvy when it comes to finances.

After receiving his rookie salary bonus, which for many players is the only guaranteed money they ever see during their careers, he did the smart thing. “I got my signing bonus and I put that s— in the bank and I went and got some motherf—ing wings.”