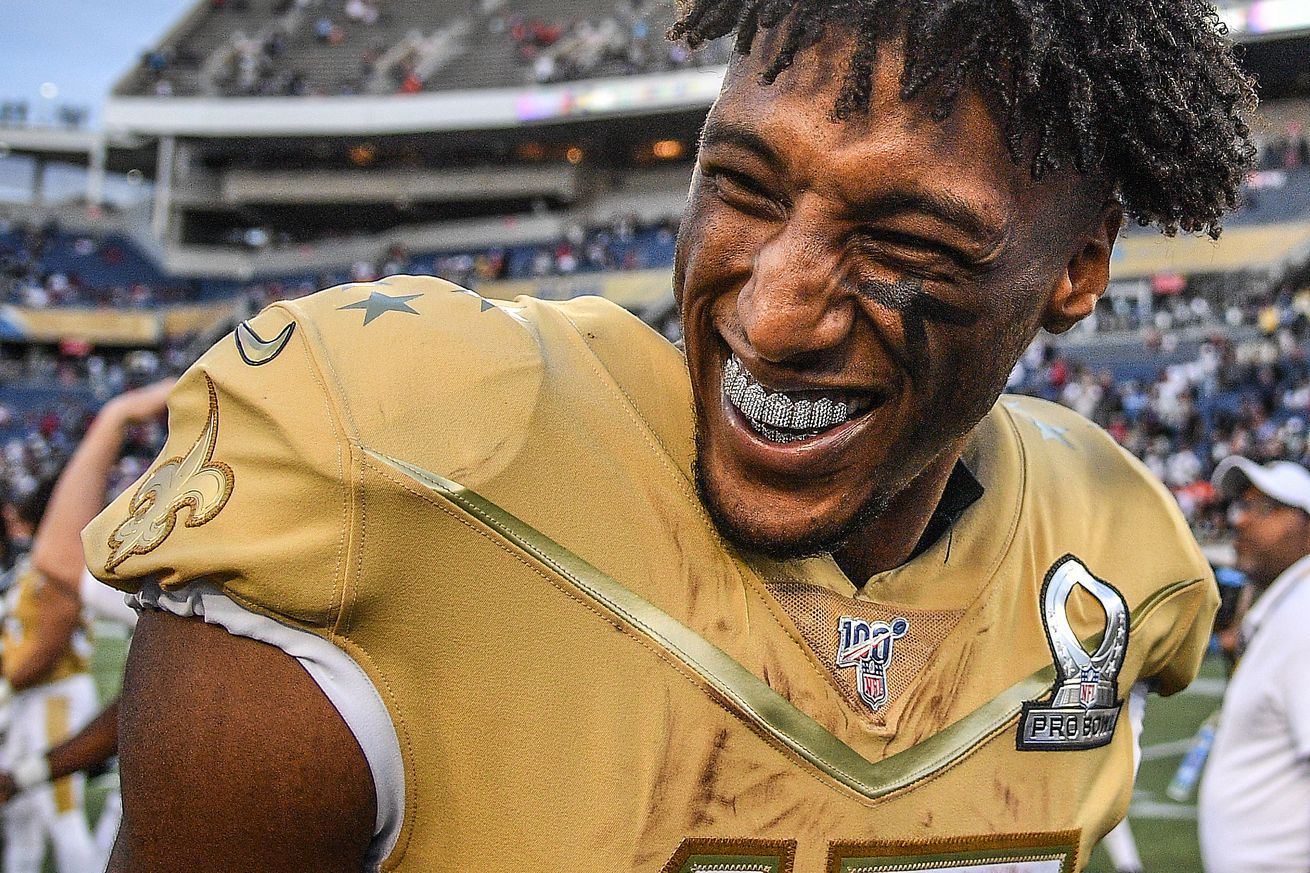 A fine, instead of an outright suspension, should get Michael Thomas’ attention without raising red flags with the NFLPA.

On Wednesday, Michael Thomas received a letter from the New Orleans Saints with the heading “Fine for Conduct Detrimental to the Club”. The letter included a fine of $58,823.53, but did not include any language referencing an official suspension.

“The apparent goal was to get the attention of the player without utilizing the close-to-nuclear option of wiping out his guarantees, or at least trying to.

“The Saints may have chosen not to pick a $27.95 million fight with Thomas and the NFL Players Association, since the matter undoubtedly would have gone to a grievance — and the Saints quite possibly would have lost. Also, attacking the guarantees could have caused Thomas to reach his own breaking point with the team, resulting in a possible trade demand.”

It appears, then, that the Saints needed to somehow send a message to a possible burgeoning diva; but they had to do it in a skillful way. Messing with a player’s guaranteed money might be the best way to piss them off to a point they can’t move on from. Fining, instead of suspending Thomas, was probably the Saints best shot at calling him in rather than calling him out.

The Saints comeback victory on Monday night also sent the right message to the rest of the locker room. Payton was able to somewhat lay down the law without costing his team an important win going into the bye week.

It’s rare a coach publicly disciplines one of their team’s best players only to still come out victorious. There have been players in the NFL and college who did far worse than getting into a fight with a teammate, yet they remained on the field simply because their play was deemed more important than instilling a proper locker room culture.

Props to Payton for taking this course and sticking with it no matter the inevitable hardship it put on the rest of the team. The rest of the locker room will take note and now they know the message is clear: uphold these lofty standards or you risk being disciplined, no matter how important you are to this team.

The Saints locker room, in my opinion, has some of the strongest leadership and culture setting across the entire league. This team has come a long way since the days of Junior Galette’s beach belt beatdowns and rumored house sex parties.

They have also weathered tougher storms than Thomas’ latest outburst. Not many weeks ago, this locker room was able to come together and work through Drew Brees’ anti-kneeling comments. If this group of athletes can get out of that pickle, they can certainly get out of this one.

The important factor now is Thomas’ willingness to set aside his ego, hear from his teammates and coaches, and move forward with them as a stronger, more unified unit. If Brees can do it after his major misstep, Thomas can too, but he’ll have to humble himself first.