Justin Herbert wasn’t a realistic option for the New Orleans Saints in the 2020 NFL Draft, but that didn’t stop them from doing their homework on the Oregon Ducks quarterback prospect and eventual No. 6 overall draft pick.

The Saints scouted Herbert at a few live games during his college career, and Saints coach Sean Payton still recalls being impressed with what the eventual Los Angeles Chargers starter had to say.

“I remember him very well. I remember the interview process,” Payton said during a recent media conference call. “I remember the combine the evaluation, the tape all of it. He was an impressive prospect, extremely smart with the live arm. I know for from our standpoint, but we felt like we had a great exposure based on all the postseason opportunities we had to look at (him). So I do remember him and it’s good to see that he’s doing well.”

Herbert led the Ducks to three bowl games, playing against future Saints linebackers Joe Bachie and Andrew Dowell (versus Michigan State in 2019’s Redbox Bowl) and Zack Baun (with Wisconsin in 2020’s Rose Bowl). He went 1-2 in those bowl games and was limited to a combined statline of 59-of-89 (66.3%) for 537 yards and 3 touchdowns against 3 interceptions. Herbert also ran 22 times for 39 yards on the ground, with 3 touchdown carries (all scored in the Rose Bowl). So maybe Payton looking back on those postseason games wasn’t exactly a compliment.

Still, there probably isn’t much the Saints can take away from those performances, or from Herbert’s college teammates currently on their practice squad (wide receiver Juwan Johnson and offensive lineman Calvin Throckmorton). Payton knows that, and he’s focused on how well Herbert is executing what the Chargers are asking of him with Tyrod Taylor sidelined.

When asked if he’ll be referring back to Herbert’s college tape and scouting report for this week’s game plan, Payton downplayed that information’s role in his evaluation: “I think it’s not the file so much as the team, the scheme and how he’s fitting immediately into it. I think you have to look at what the strengths (are), what he did well in college, was he a guy that turned it over, (or) was he a guy that protected the ball.”

And Herbert has continued to play well for L.A., though he hasn’t notched his first NFL victory just yet. He’s completed 77 of 107 passes (72.0%) for 931 yards, scoring 5 touchdown passes against 3 interceptions — a clip of 7.59 adjusted net yards per attempt. He’s also ran a dozen times for 47 yards and a score, converting six first downs. He isn’t someone the Saints can afford to lose track of, which is a problem considering their history against mobile quarterbacks.

Payton continued, “But I think you’re going to study more closely the system. Obviously, it’ll be a little bit uniquely different than when Tyrod’s (Taylor) in there and you cover all those things. But you really have to defend what you’re seeing on tape.” 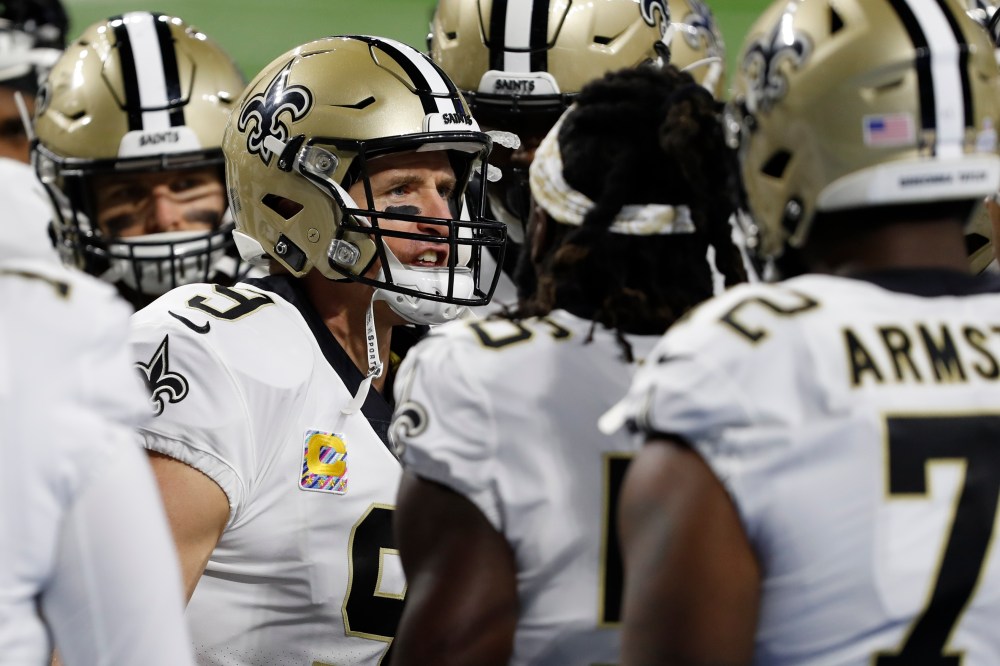