The New Orleans Saints made a splash at the NFL trade deadline by acquiring San Francisco 49ers linebacker Kwon Alexander, who debuted with his new squad against his old team on Sunday.

Naturally, his head coach’s thoughts on his performance were a popular topic of conversation. Sean Payton reflected on Alexander’s debut Wednesday on WWL Radio with Zach Strief and Bobby Hebert, and he was full of positive takeaways.

“He did an outstanding job,” Payton replied. “He’s coming off an injury and he’s healthy for the first time in a few weeks. It’s great to have an addition like that.” While Alexander collected a respectable but unspectacular 4 tackles in his first game in black and gold, his coaches found plenty to like in reviewing the tape.

“He too can rush the passer,” Payton added in an afterthought. But that’s an interesting parting shot; per Pro Football Focus, Alexander logged just 3 pass-rush reps against the 49ers on 23 plays on passing downs (43 total snaps in the game), a rate of just 13%. His predecessor, Alex Anzalone, rushed quarterbacks on 32 of 235 passing snaps played this season (13.6%). It’s a small sample size, but maybe Alexander has shown more potential in that area than the Saints have seen from their previous starting linebacker.

If Alexander can make a bigger splash on passing downs, it takes even more off the workload Demario Davis has shouldered all season. The all-star linebacker has been asked to go get the quarterback on 80 of his 379 snaps passing-down snaps (21.1%).

And while Davis has been highly effective in that role, he’s also notched more blitzes than every other off-ball linebacker in the NFL except for Kyle Van Noy (144), Reggie Ragland (111), and Alexander Johnson (88), tying with Jerome Baker (80). Mixing in more rushes for Alexander and dropping Davis into coverage more often could help the Saints better disguise their blitzes.

We’ll see where things go from here. But it’s clear the Saints were encouraged by the tape their new pickup posted on Sunday, and he’ll get another opportunity to shine in Week 11 against the Atlanta Falcons — who he played 7 times with the Tampa Bay Buccaneers, totaling more solo tackles (62) than he logged in 12 career games against the Carolina Panthers and New Orleans Saints (59 combined). 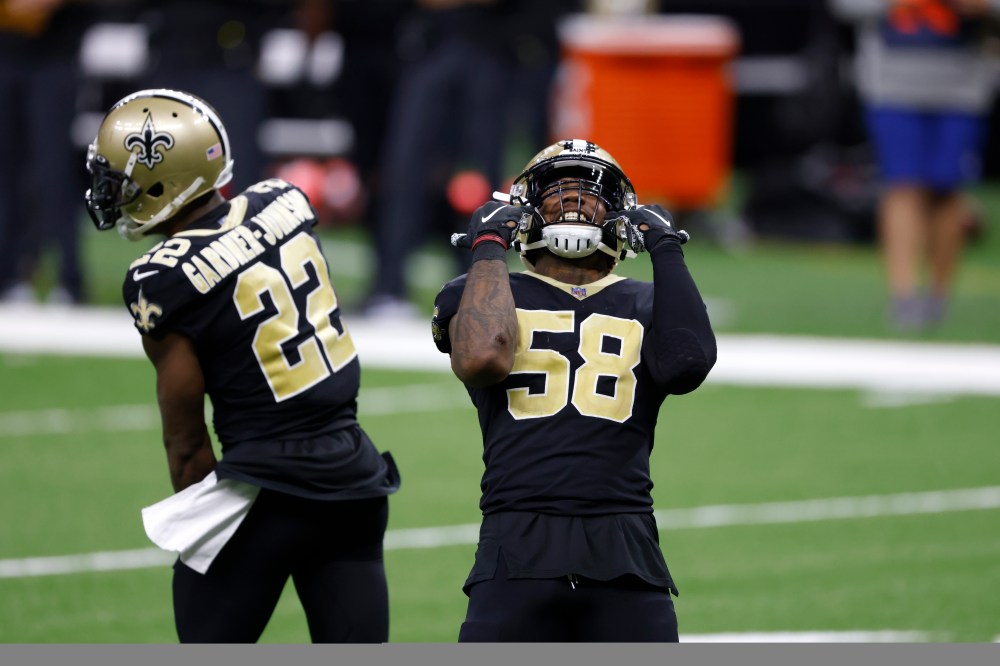