Just how productive will Emmanuel Sanders be in the New Orleans Saints offense? Sure, he’s a huge step up from the other wide receivers to pal around with Michael Thomas — but what sort of expectations should fans have for Sanders in 2020?

The team at The Huddle is projecting Sanders to snag 52 passes for 650 receiving yards and six touchdown catches, which would be more than what Ted Ginn Jr. reeled in over the last two years combined as the Saints’ second-best wide receiver: 47 passes for 630 yards and scored four touchdowns. That’s what you call an upgrade. Here’s some of what they wrote of Sanders’ fit in New Orleans:

New Orleans Saints WR Emmanuel Sanders will be the team’s No. 2 wide receiver in 2020 and adds a big boost to the offense, which was lacking dependable production out of receivers not named Michael Thomas last year. After Thomas’ 1,725 receiving yards, the next-best receiving output came from Ted Ginn Jr., who had just 421 yards receiving.

However, this projection may be too conservative. It would have Sanders averaging 40.6 receiving yards per game in a 16-game regular season, which would be his lowest pace since 2012. He’s consistently averaged better than 50 receiving yards per game in every season since 2014 (his first with the Denver Broncos) to 2019 (when he appeared in 7 games for Denver and 10 with San Francisco), falling short just once, back in 2017.

But that has to do with the opportunities Sanders may get in New Orleans. He’ll be the third or fourth option in the passing game rather than the go-to leading receiver he was on his previous teams, contending with Thomas, Alvin Kamara, and Jared Cook for looks downfield. He just won’t get as many targets with the Saints as he’s used to.

Then again, Drew Brees is known for finding the open receiver on any given play, and that’s often been Thomas. If he and Sanders can get on the same page right away, Sanders could very well look like his usual, playmaking self.

In fantasy football, Sanders currently has an average draft position at WR51, making him available as late as the eighth round, according to MyFantasyLeague. But it shouldn’t shock anyone if he ends up ranking high among the NFL’s 50 best receivers once the fantasy football playoffs roll around.

Predicting the Saints starting lineup on offense for Week 1 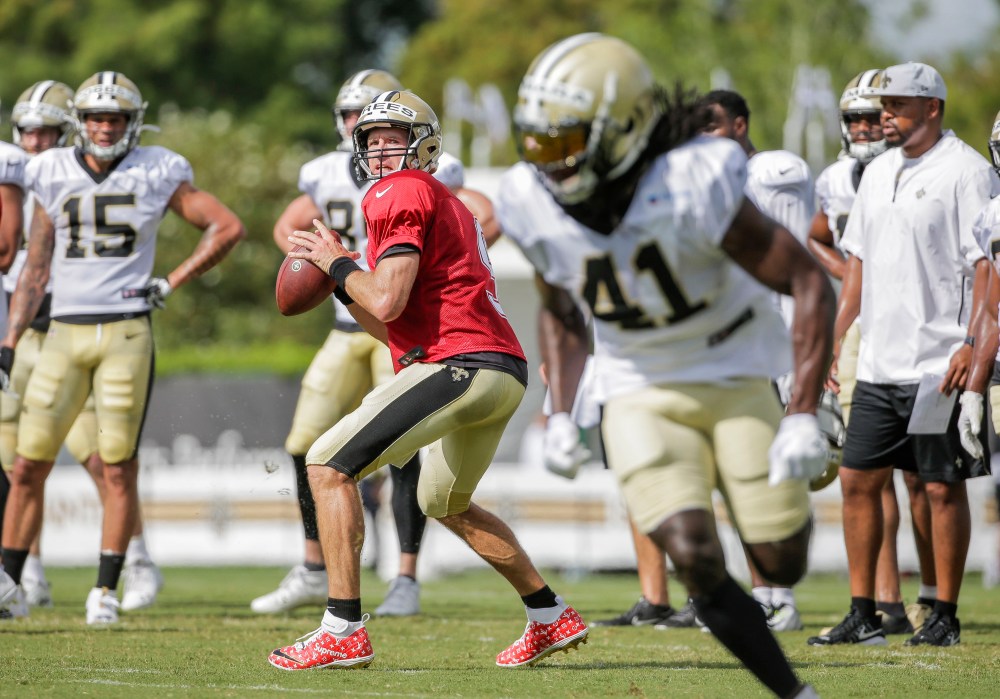