Fantasy football season is nearly here and for some, it’s already under way. With dynasty leagues continuing to pick up in popularity, rookie drafts are a huge focus for experienced players. Thus the rankings begin very quickly after rookies find their new homes.

Some immediate reaction to the ranking may be that the former Buckeye might be ranked too low. However, upon further inspection, Olave’s place amongst the top ten makes sense. Considering target share and workload, the rookie will be behind two-time All-Pro Michael Thomas and operating beside veteran free agent pickup Jarvis Landry.

Rookies like Atlanta’s Drake London, Olave’s former teammate Garrett Wilson (now leading the Jets receiving corps), and Tennessee’s Treylon Burks will be the primary focus of their passing offenses as far as the wide receiver room goes. London may have some competition with second-year tight end Kyle Pitts, but with a continued lack of focus on the run game there should be enough targets to go around. Wilson and Burks will command their offenses for targets.

Olave is set to make an immediate impact for the Saints in 2022, there’s no doubt about that. But in leagues that offer a full point per reception, Olave’s 70 or so catches will keep him ranked below rookie receivers that could cross the century mark. But if you’re looking for year-over-year impact, Olave will be a good investment in the back half of your rookie draft’s first round.

Who will lead all rookies in receiving yards? – Powered By PickUp 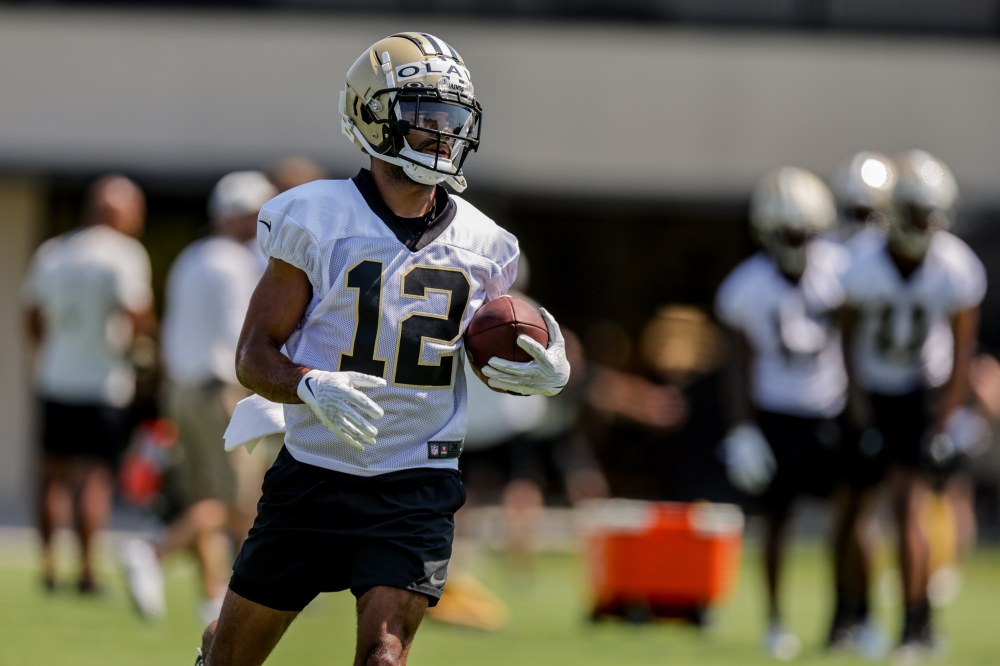