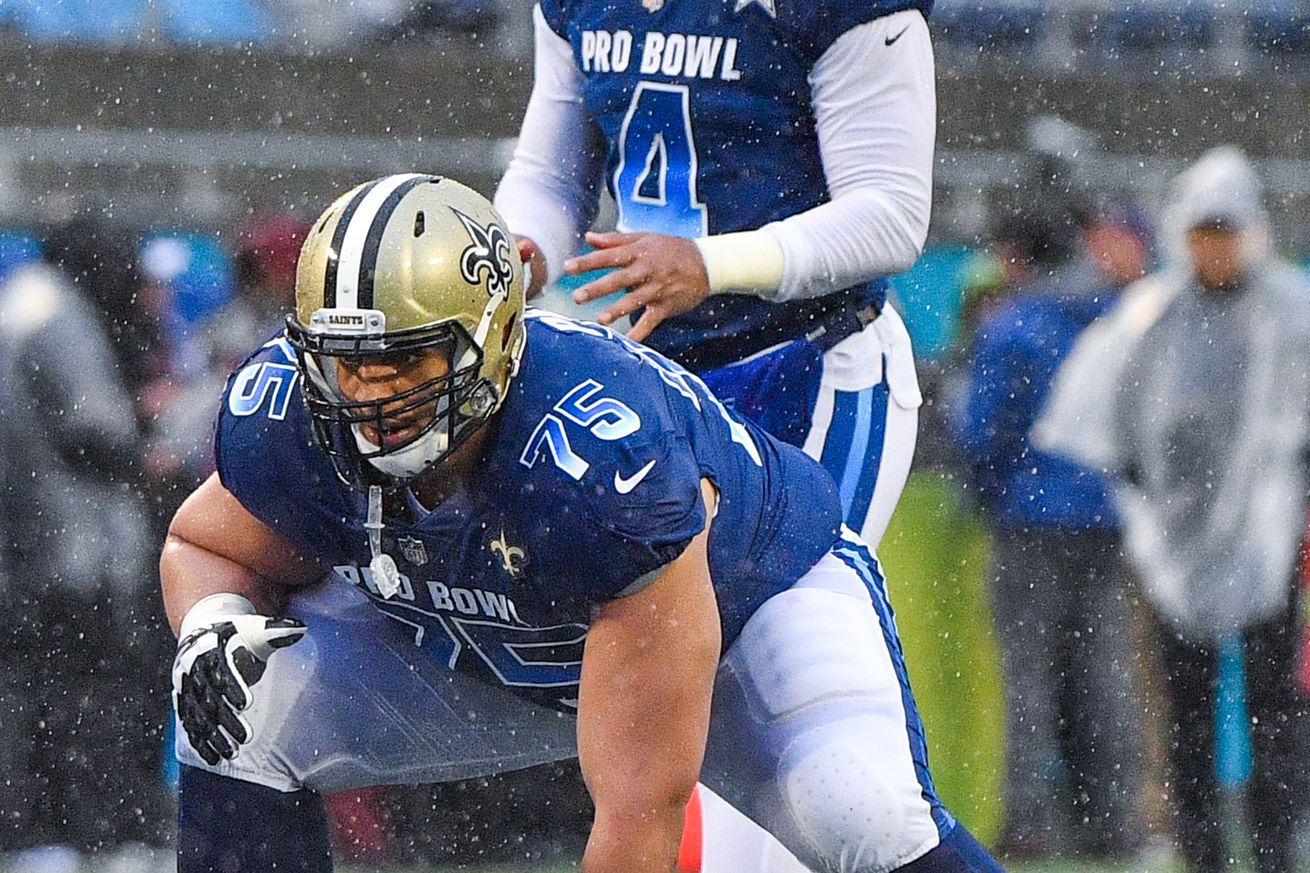 The New Orleans Saints offensive line was ranked second best in the league, according to Pro Football Focus. Despite Drew Brees, Michael Thomas, and Alvin Kamara garnering the most headlines on social media platforms, the strength of the team soundly lies in the offensive line unit.

We know there’s All-Pro right tackle, Ryan Ramczyk, Pro-Bowl left tackle, Terron Armstead, and first round pick center/guard, Caesar Ruiz. The player with the biggest question mark, and especially among his peers, is inevitably Andrus Peat. Ramczyk is a healthy, consistent, player who’s arguably the best right tackle in the league. Terron Armstead is a top-3 left tackle in the league. The team got more closure when the star tackle knocked out a career-high 15 games last season too. Let’s not forget Erik McCoy, who is a stout second-year center/guard, who was even PFF’s second ranked center overall through nine weeks of 2019.

McCoy has lots of penalties and technique to clean up, but he’s a young productive force early on in his Saints tenure. At least he’s been able to stay on the field. The Saints have one talented, inconsistent lineman, who can’t say the same: Guard Andrus Peat

With regard to Andrus Peat, this is a player that’s missed nine games in the last two seasons.

The injury bug sneaked up on the former first round, Peat in training camp too. Peat suffered a thumb injury and was sidelined for two weeks, but graciously, Peat returned to practice on Monday.

Peat signed a lucrative deal this off-season. A five-year deal worth 57.5 million! Payton showed that he’s confident in the Pro Bowl guard, despite the guard recording a poor measurement in 2019.

We all saw how the Vikings pass rush exposed Peat when he was playing with his hand injury in the divisional round match-up. Everson Griffin had 1.5 sacks on the night from rushing inside, because Zimmer lined the stud pass rusher up on the worn down Saints guard, Peat.

Peat has shown that he can put a noticeable swing in the team’s offensive production. When he’s not healthy, it’s terrible news for a statue, veteran quarterback in Drew Brees. Brees can’t escape the pocket when it breaks down like Taysom Hill and he won’t have time to read the defense like any elite pocket passer.

Peat is looking to put 2019 behind him and he’s had a tremendous off-season to show he’s headed in the right direction. On Thursday, NOLA.com noted how offensive line coach, Dan Roushar had some terrific things to say about him:

“He’s been outstanding in meetings and you can see his off-season work, the way he committed himself, you can see that in his body and hopefully that will translate to his play.”

These are awesome signs for Peat’s outlook in 2020 thus far. If Peat can improve his game to an All-Pro status, the Saints would undoubtedly boast the best offensive line talent in the league.

It’s absolutely vital that Peat brings his A-game for New Orleans next season. This will likely be Drew Brees’s last chance for Super Bowl glory and the Saints have shown to be all in this year with the overload of talent added to their championship roster from a year ago.

The former Stanford Cardinal needs to stay healthy for the long season and post-season ahead. A lighter, quicker, Andrus Peat may hold the big man together better than what his resume says.

After all, Andrus Peat has never played a full-season in his career. The football gods may have saved Peat’s annual misfortune of an injury for his training camp moments, rather than a big play-off moment against the notorious Vikings squad.

In Week 1, expect Peat to get tested by the Buccaneers surplus of pass rushing talent. Peat might be seeing lots of Jason Pierre-Paul kicked out to defensive tackle in obvious passing situations. Peat will get to show if his off-season work paid off, and if the athletic guard can combat unique pass rushers from his guard spot.