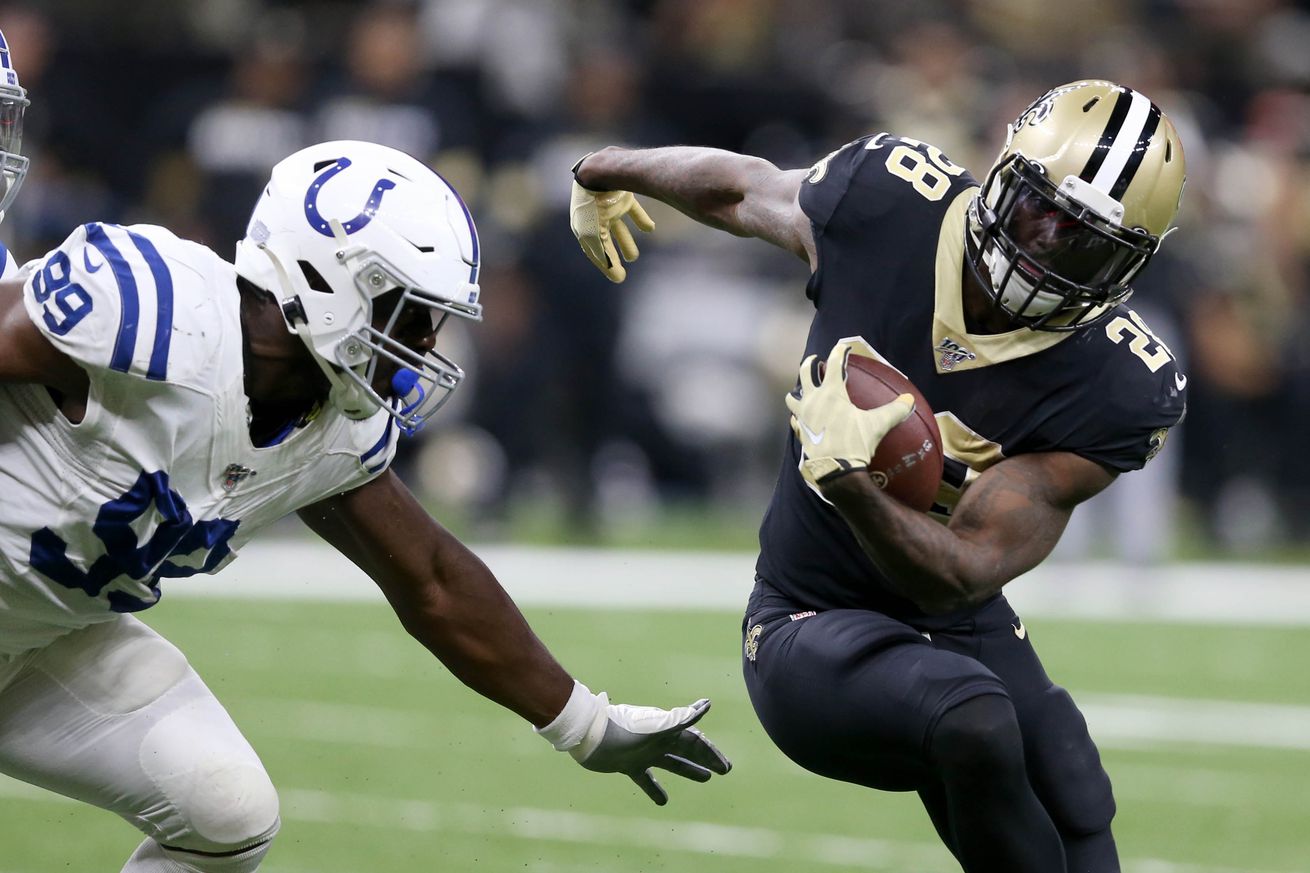 The New Orleans Saints are, as has been the case for the past three years, among the favorites to win 2021’s Super Bowl. Their past three seasons have ended in heart-breaking fashion, and with Drew Brees’ window rapidly closing, the Saints’ roster looks as talented as ever. This year might need to be the one they get over the hump with, or else the 2017-2020 Saints will be looked at as one of history’s great “what-ifs.”

New Orleans knows it will get production from players like Brees, Alvin Kamara and Michael Thomas. However, buried within the roster are players who will have to be key cogs in order for the Saints to finally close the deal. These are those players.

It took a Kamara injury to get Murray going last season, and his true dominance only last two games against the Bears and Cardinals, in which he had back-to-back 100-plus yard games. Three of Murray’s five rushing touchdowns last year came in those two games, and from that point Murray tapered off a bit with flashes of brilliance.

In 2020, the Saints need more consistency out of Murray. They knew what they were letting go of when Mark Ingram walked — that production won’t be replicated — but as Kamara accrues more injuries over time the Saints need someone they can rely on. Not just in the running game, but in the passing game as well. Ingram’s golden years as a pass-catcher for the Saints were from 2015-2017, when he averaged 380 yards receiving a season. If Murray can bump up to 300 yards from his 235 last year out of the backfield, that would be an improvement and a big boost for the Saints’ offense.

In a perfect world, the Saints can have Murray in the backfield while Kamara or Ty Montgomery split out. That keeps the threat of a run or a pass alive, and that threat is what the Saints’ offense thrives on. However, that means Murray making the most of every touch and staying in the 4.36 yard per carry range he was at last year. The hope is that Sean Payton will recognize Murray’s improvement last year and adapt, because his lack of use was part of the reason that he wasn’t a huge factor in the Saints’ offense. Payton should be able to learn from that.

Words cannot describe the importance of good tight end play in an effective Saints offense. 2009 Jeremy Shockey, 2011 Jimmy Graham and 2018 Benjamin Watson were all key targets (2018 Watson less so because of a massive emphasis on running the ball and a one-receiver system). 2019 Cook often felt like Brees’ only target outside of Thomas, with 32 of his 43 receptions going for first downs.

All things told, Cook had 705 yards last season. While Emmanuel Sanders’ presence may cut into his production, the Saints will need Cook (and his nine TD receptions from last year) to get Brees back into his best patterns, i.e. proliferating the ball to a bunch of different targets. While we might not see the 2009-2013 version where he hits 11 different receivers a game, it would be nice to feel like teams need to cover someone other than Thomas.

Cook’s greatest strength is his ability to create mismatches. He could be poised for a huge season if all goes well. The NFC South has a lot of immensely talented coverage linebackers, but now that Payton has a year with Cook he will undoubtedly move him around the formation to create those aforementioned mismatches.

Whoever the third receiver is

This will most likely be Tre’Quan Smith, but it is entirely possible that someone sneaks up midseason to take the role. Thomas and Sanders will do the heavy-lifting in this offense, but it would be ideal to get someone who can put up 500-plus yards as a No. 3 receiver. The Chiefs, for reference, had three receivers in the 500-900-yard range last year, all behind Travis Kelce, who had a ridiculous 1,229 yards. The 49ers had two plays between 500-900 yards, behind George Kittle’s 1,053 yards. The Saints’ second and third “receivers” were Cook and Kamara, at 705 and 533 yards, respectively.

Brees, again, is at his best when he has depth at the position. Smith has permanently written his name into the history books, as he caught the touchdown pass that gave Brees the career record, but it’s going to take more. He needs to produce more steadily moving forward, or someone else will take his place this year.

Moving to the defense, there are some players whose production is a given. Cameron Jordan, Marshon Lattimore, Marcus Williams and Demario Davis are the key players. But their teammates need to do more as well.

The Saints are taking a gamble on Jenkins this season. They traded for him late in 2019, and he played well, but his production wasn’t mind-boggling. It was good enough that the Saints were comfortable moving forward with him in 2020, but they need steady play out of their No. 2 corner.

That’s especially true in the NFC South. With Chris Godwin and Calvin Ridley flanking the No. 1 receivers on the Buccaneers and Falcons, respectively (you could argue Godwin has surpassed Evans on the Bucs), they’re going to be hard to cover. Jenkins has to lock those players down if the Saints are going to take these key divisional games.

The Saints have had a lot of rough luck at CB2, but Jenkins could prove to be the best they’ve had there. If that holds up, the Saints will be a tough team to pass against with Lattimore and Williams also prowling in the secondary.

Gardner-Johnson has become a jack of all trades for the Saints in just one season. He can play in the box, deep in the secondary or in the slot. The Saints need him to play in all of those places this year, as they embrace more positionless defense practices. Gardner-Johnson’s willingness to move around will be a key part of Dennis Allen’s strategy and personnel packaging this year.

If Davenport is going to be worth the king’s ransom the Saints paid to get him, this would be the year to prove it. We’ve seen the ridiculous potential that he has, and he picked up six sacks last season while playing slightly over 50 percent of defensive snaps. Davenport should see the field more this year opposite Jordan, and the two of them have the potential to terrorize offensive lines.

Davenport’s presence also calls into question whether he or Jordan will drop into coverage, something the Saints dabbled with but never committed to last season. Both players’ main strength lies in getting to the quarterback, but they’re extremely dangerous when it’s difficult to pick out who’s coming.