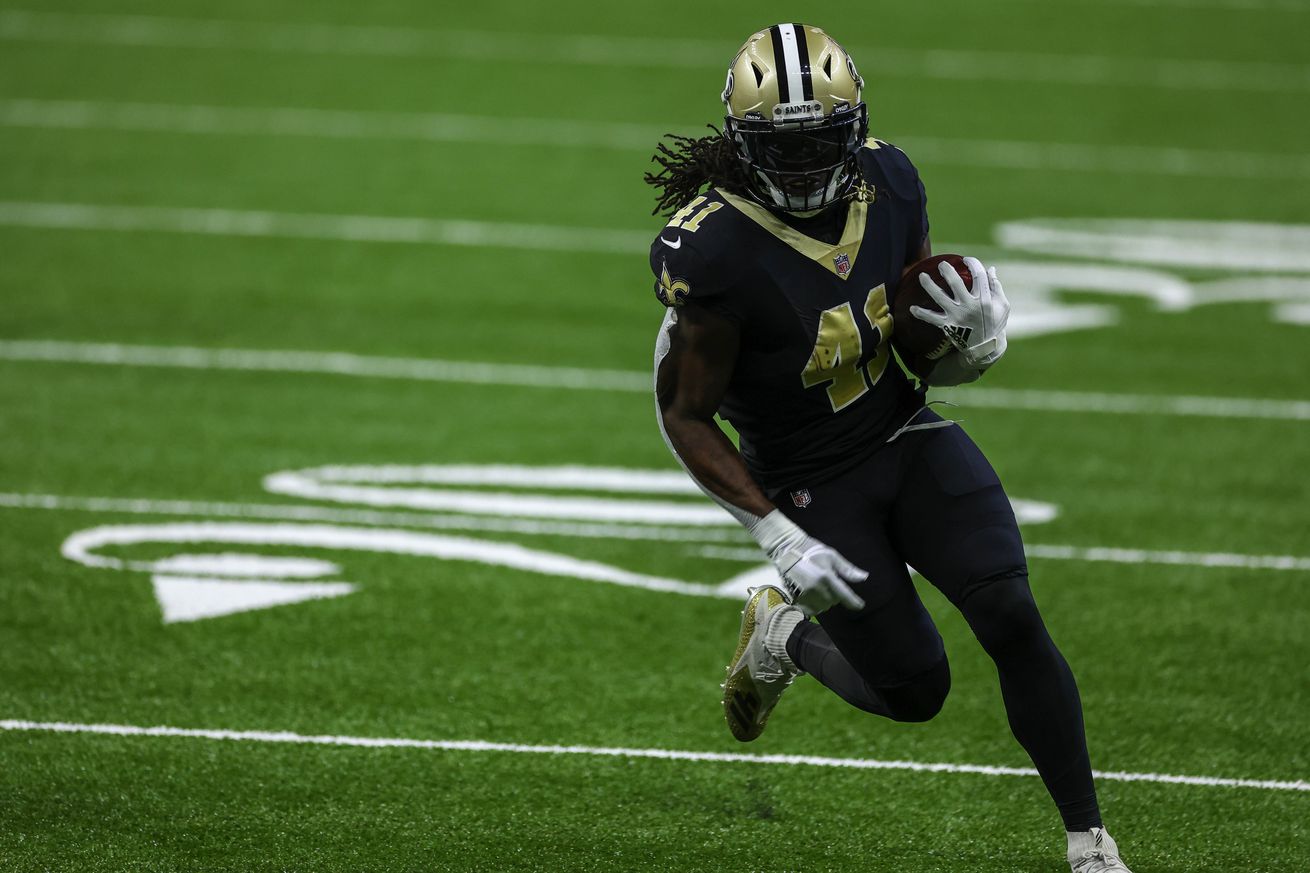 It wasn’t pretty, but New Orleans is sitting pretty at the top of the NFC South at the end of Week 1.

If nothing else, no one should be waning in ‘What If’ Land over Brady heading to the New Orleans Saints – I’d rather beat him twice a year. New Orleans is officially on a two-year season opener winning streak after coming up short the preceding three seasons; despite some apparent growing pains, there’s clearly one Super Bowl contender in the NFC South, and headlined by Brady it is not. Let’s get to it.

The Good: Big plays on defense and special teams

Much to the dismay of my fantasy team, this matchup was won in the trenches. It wasn’t sexy, nor an aerial showdown – and that’s frankly a great thing. When the Saints opened up the 2017 NFL season, we saw a much more balanced, complete team. One that heavily relied on the run game – this game was no different. While New Orleans drew (unwarranted) criticism for Brees ‘waning’ on his deep balls, the Saints quietly assembled a much more complementary offense that ran the ball just as much as it was in the air. Moreover, the defense slowly began filling the painful cracks that always allowed games to slip through at the most critical moments.

Despite an injury-laden, sluggish team – the lack of a preseason was apparent in several matchups this opening weekend – New Orleans held a stranglehold on the pace of the game; many drive-killing penalties that doomed the Saints of seasons’ past were blips on the radar. As quite apparent in Brady’s multiple meltdowns, New Orleans did not let up on the pressure, and very much so affected the quarterback. DT Trey Hendrickson and DE Cameron Jordan had standout performances, and Brady got a warm welcome to the NFC South with two interceptions and three sacks. The interceptions, particularly, were massive momentum changers – CB Janoris Jenkins really showed his value with the pick-six that he essentially walked into the endzone.

But, ironically for Brady, this game was won by New Orleans’ special teams. Moreover, two key plays were made by players who were elevated from the practice squad just this week.

So, by my count, the two players the Saints elevated from the practice squad this week both made massive special teams plays today.

The saying may be defense wins championships, but today, special teams won the season opener. Naturally, the plays were at quite crucial moments. Margus Hunt stopped a critical shift when the Saints held a meager 14-7 lead with his blocked FG; Bennie Fowler III held onto a late game lead with a possession-change after Tampa played hot potato with a punt return. All in all, while New Orleans continued to make questionable offensive plays, special teams ensured some necessary breathing room for the Saints to take the NFC South home.

The Bad: The offensive line

Anyone else get Vikings game flashbacks when Brees barely escaped some troublesome pressure plays? Odd as it may seem, considering he’s never played a down in New Orleans, C/G Cesar Ruiz’s absence was noticeably apparent on the Saints front line. As evidenced in the markedly tame showing by Brees and Michael Thomas, time was of the essence when the ball was snapped today, and we quickly learned Brees is not Lamar Jackson. Rather, he was a rushed 41-year old QB – though on the opposing end, the receiving corp, overall, was much more promising.

RBs Alvin Kamara and Latavius Murray had quite the tandem debut, despite not much to show for it on the scoreboard. Initially, my “good” section was dedicated to the run game, but ultimately, New Orleans left much to be desired offensively speaking. Much of that can be attributed to the o-line that was so full of holes that Kamara had to really earn his contract today and attempt guard. That said, if a poor offensive showing amounts to 31 points for New Orleans moving forward, well, there have been much worse things to complain about.

Deep pass-interference against Saints safety Marcus Williams against Mike Evans. PI penalties have been the most effective offense for both teams today.

Better Matters, Verizon, and today, you were not better. As I watched this game from a Chickie’s & Pete’s, much to my dismay, the Saints fell into their classic trap of tripping over their own feet all game. Though I can’t particularly blame them for the injury bug, as it plagued many teams in much more damning ways leading up to Sunday, New Orleans dropped somewhat of an inactives bomb on Sunday afternoon.

The Saints were missing WR Marquez Callaway, DB P.J. Williams, C/G Cesar Ruiz, LB Zach Baun, DE Marcus Davenport (per usual), and DT Shy Tuttle against the Bucs – a much more crowded injury room than expected, overall. New Orleans is its own worst enemy when it comes to staying healthy, and this hefty of an inactives lineup simply cannot continue should the Saints wish to remain contenders this year.

With that said, 2nd string is certainly not to blame for the inconsistency that plagued most of this game. New Orleans capitalized on big plays to come up with the win this week, but that can’t be a barometer moving forward. Though special teams turnovers are certainly fun to watch, unless the Saints delved into a completely new season strategy, that ultimately won’t get them far if the rest of the team can’t pick up the slack. Specifically, the interference calls that dictated the game more than anything else. While New Orleans, for once, had several flags go in their favor today, they consistently shot themselves in the foot each time they were given an inch. Marcus Williams gets a pass, as he made up for his PI calls with a critical early interception, but these ultimately cannot happen this frequently throughout the season season. Though it would be pretty on brand for the Saints nonetheless.

Ultimately, New Orleans sits atop the NFC South with a crucial division win, and the ‘bad’ and the ‘ugly’ are decidedly fixable after Week 1. Everything else is just lagniappe.