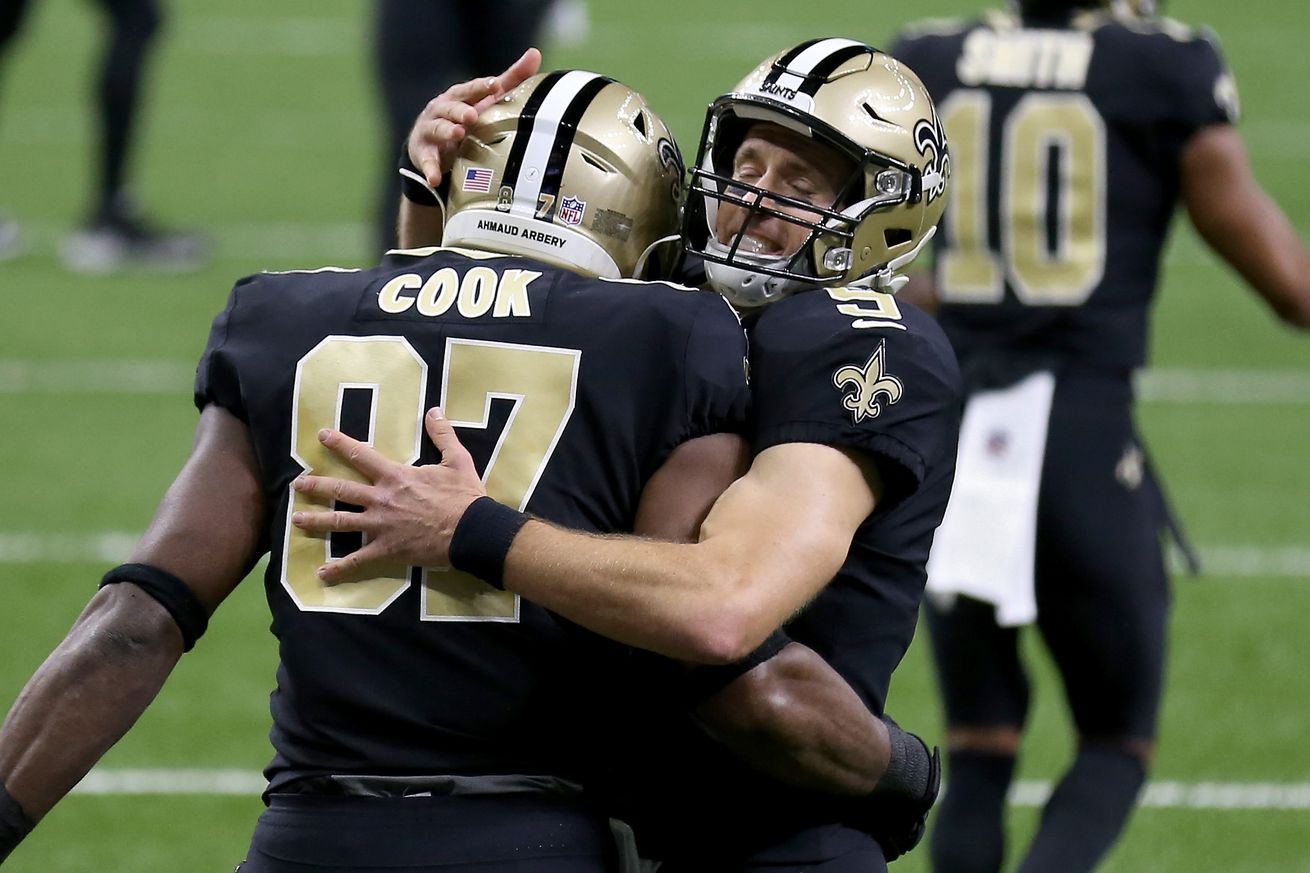 Your one-stop shop for all major NFL Power Rankings!

A win is a win, right? Here are all of the major outlets’ power rankings. So how do the New Orleans Saints rank? (Change from each week will be in parentheses.)

Who needs to step up: The secondary

It wouldn’t be fair to single out just one player in the Saints’ secondary, since every one of them has taken turns with busted coverages or pass interference penalties — which have become New Orleans’ most nagging problem all season. The Saints have now allowed six passes of 48-plus yards in their past four games. And they have just one interception since Week 1. They need cornerbacks Marshon Lattimore and Janoris Jenkins to live up to their potential as one of the league’s best CB duos, and they need a lot more consistency from the talented safety trio of Marcus Williams, Malcolm Jenkins and C.J. Gardner-Johnson. — Mike Triplett

They found a way against the Panthers, even with a limited offense. That’s the sign of a good team. The defense showed some improvement too.

Playing without his top two receivers, Drew Brees led the Saints to their most efficient offensive performance of the season in a 27-24 win over the Panthers. The veteran passer accounted for three touchdowns and threw for 287 yards, connecting with eight different receivers in a classic Brees clinic of efficiency. Reserve wideout Marquez Callaway made the most of his opportunity, finishing with eight catches for 75 yards in an impact performance that should warrant continued playing time, even when Michael Thomas and Emmanuel Sanders return. And what else can be said about Alvin Kamara, who didn’t crack the end zone but now has five straight games with more than 100 yards from scrimmage? He has been the rock for the Saints all season, the team’s unquestioned MVP.

The New Orleans Saints were hopeful that coming out of the bye the team would have top wide receiver Michael Thomas back. Instead, New Orleans was short both Thomas and No. 2 receiver Emmanuel Sanders against the Carolina Panthers on Sunday.

Paced in receiving yards by UDFA rookie Marquez Callaway, the Saints gutted out a three-point win that kept them hot on the heels of the Tampa Bay Buccaneers in the NFC South. As has been the case most of the time that Thomas has been sidelined, the engine that powered the Saints in Week 7 was running back Alvin Kamara, who amassed 148 yards on 22 touches.

“The Saints aren’t an easy team to get a bead on,” Davenport said. “One week they look like an NFC power, the next they appear a clear step behind the best teams in the conference. Still, winning four of six games without one of their top offensive weapons for five of those contests is pretty impressive in its own right.”

The Saints escaped with a win, and that’s great. It would be nice to see them put together a dominant game from beginning to end. Maybe that’s coming when Michael Thomas is ready to return. Or maybe not.

Another team that is shaking off injury and infighting but is talented enough to weather the severity of it all. I would expect us to be talking about a race down the stretch between Brady and Brees, as expected.