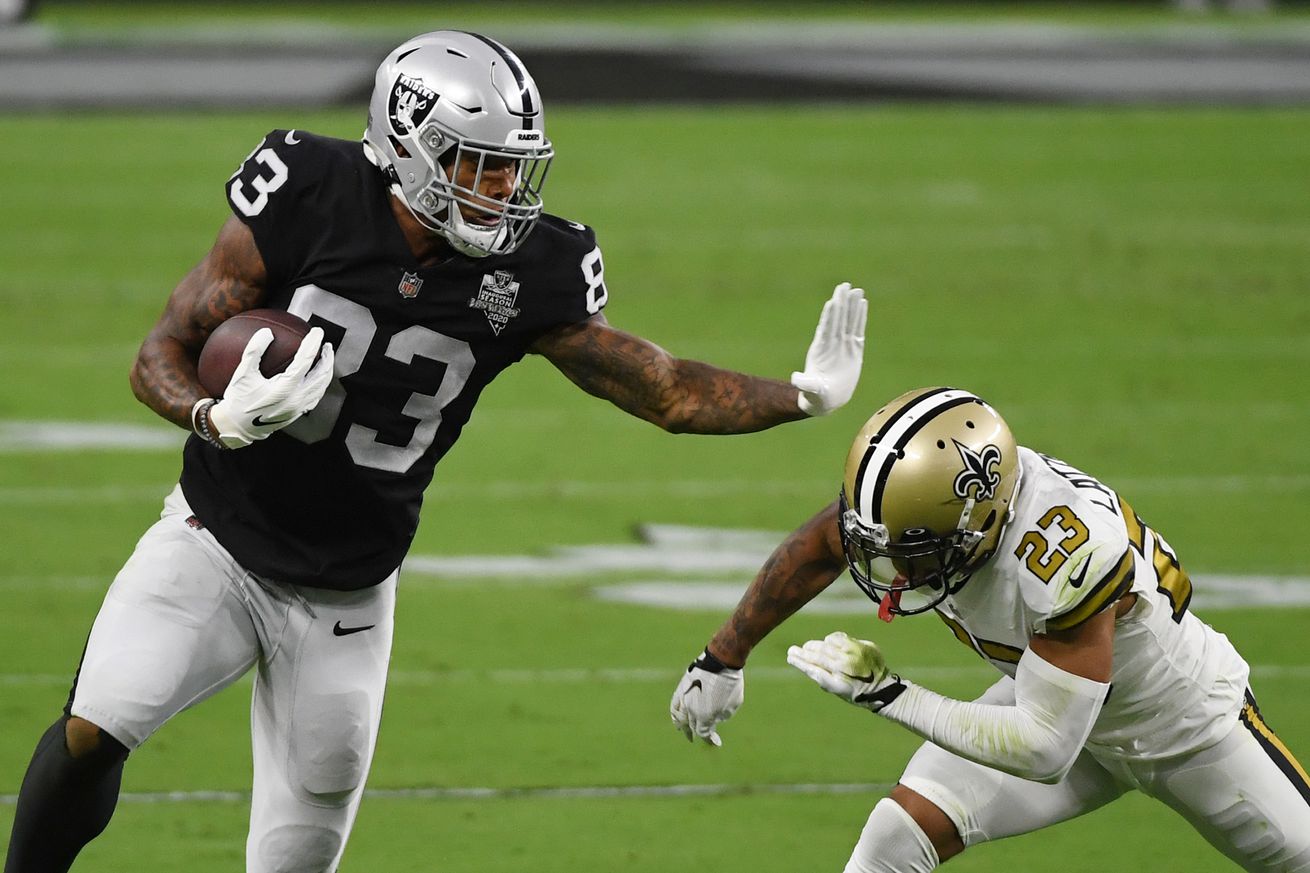 Your one stop shop for all major power rankings.

It’s about to be as bad as you think. Here are all of the major outlets’ power rankings. So how do the New Orleans Saints rank? (Change from each week will be in parentheses.)

The third-year pro has been inconsistent so far — but part of that was because of a Week 2 ankle injury last year that nagged him for the rest of the season. He has flashed potential with two 100-yard games and two five-TD campaigns. And he showed Monday night that he’ll get more opportunities while Michael Thomas is sidelined. — Mike Triplett

New Orleans still hasn’t enjoyed a 2-0 start since 2013. Thanks for that nugget, new “Monday Night Football” guys. What happens in Vegas, stays in Vegas, fellas.

They hardly looked like a Super Bowl contender against the Raiders. The defense was shredded and the offense didn’t look the same without Michael Thomas.

“The last two weeks have been average at best.” That’s how Sean Payton summed up an inauspicious start to a Saints season high on expectations and — thus far — so-so on results. On Monday night, Payton’s defense was torn up by Raiders tight end Darren Waller, and his team piled up 100-plus penalty yards for the second straight week in a 34-24 loss. Playing without Michael Thomas (ankle), the offense didn’t have the firepower to keep up with the Raiders. That is not a sentence we expected to type two weeks ago. Expect most of the focus this week to remain on Drew Brees, who uncharacteristically struggled with accuracy and has now delivered two pedestrian performances to begin his 20th season.

What the heck is up with the New Orleans Saints and their inability to go 2-0?

The Saints have long been one of the NFC’s most successful teams. But New Orleans hasn’t won its first two games since 2013. And it dropped a sloppy affair in Las Vegas by 10.

There’s a lot the Saints would like to forget about Monday night’s game. Drew Brees wasn’t sharp, especially in the first half. The New Orleans defense had no answer for Raiders tight end Darren Waller, who topped 100 yards on 12 catches. Wide receiver Emmanuel Sanders had one catch. And the Saints eclipsed 100 yards in penalties for the second time in as many weeks.

“The Saints are notorious slow starters,” he said, “and the win over Tampa Bay in the opener means New Orleans is still in first place in the NFC South. With that said, the Saints have six days to wring the slop out—if they play like this Sunday at home against the surging Packers, it’s going to get ugly quickly.”

They need Michael Thomas back, quickly.

I think this was the one team we expected to hit the ground sprinting post-pandemic and they have for the most part. Strangely, their performance at the “Death Star” was somewhat out of character but may expose some of the fat Sean Payton needs to trim from his game plan.