A surprising defeat at the hands of the Philadelphia Eagles has taken a lot of shine off the New Orleans Saints, who went into the game favored by a touchdown and riding a nine-game winning streak. Taysom Hill took some time to heat up against a ferocious Eagles defensive line that kept him under pressure throughout the afternoon, but the Saints’ shortcomings on defense — where they allowed a pair of 100-yard rushers after going 55 games without allowing a single one — and in the kicking game all contributed to the loss.

While that’s bad enough to drop them from No. 2 to 5 in the latest NFL power rankings from Mark Schofield over at Touchdown Wire, Schofield doesn’t like what he sees coming for New Orleans over the next three weeks. Their remaining schedule forecasts some difficult matchups with playoff seeding on the line:

“Unfortunately, the notion of the top seed in the NFC seems to be slipping away. Right now the Green Bay Packers have that spot, thanks to their Week 3 win over the Saints. Making matters worse is the fact that New Orleans has to play the Kansas City Chiefs on next Sunday, and then the Minnesota Vikings just five days after that. Two games, both against playoff contenders (one of them perhaps the league’s best team) in five days? A tough test indeed.”

While the upstart Tampa Bay Buccaneers are fighting their way back to the top tier, they’re still outside Schofield’s top-10 (rising from No. 13 to 11). Other NFC teams in the Saints’ orbit include the Seattle Seahawks (No. 9), the Los Angeles Rams (No. 6), and the Green Bay Packers (No. 2). The Saints’ current projected wild-card round opponent, the Arizona Cardinals, are slotted in at No. 14 (last week: 17). 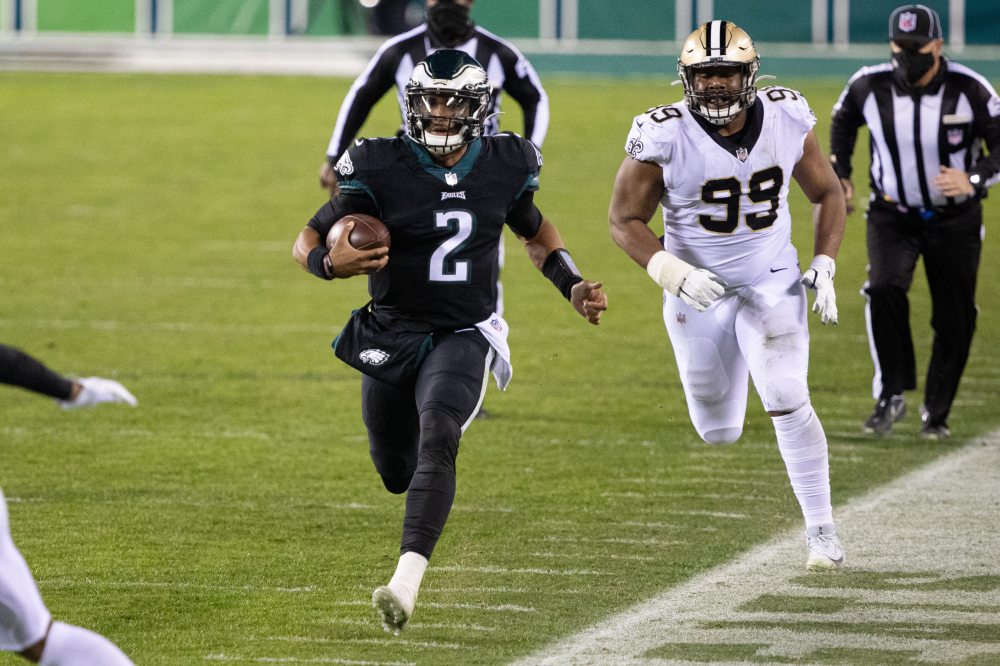