The police shooting of Jacob Blake in Kenosha, Wis., has resonated throughout the professional sports world. NBA players staged a strike during their Wednesday playoff series, with WNBA and MLB players also joining them in solidarity. The latest shooting of an unarmed Black person by police has been a tipping point after protests earlier this summer following the deaths of George Floyd, Breonna Taylor, and too many more.

In the NFL, some teams have chosen to postpone or cancel their training camp practice sessions and scrimmages on Thursday. While the New Orleans Saints will be working in their indoor practice facility due to inclement weather from Hurricane Laura, they’ll be making their own tribute to the protests following Blake’s shooting.

Saints cornerback Janoris Jenkins shared a photo on his Instagram account of his practice helmet, which features a sticker carrying Blake’s name. The Saints normally wear stickers listing their surnames in practice, but those appear to have been switched out.

Players also received a flier in their lockers with a photograph of Muhammad Ali, along with a quote from him. Larger posters of the same image have been installed throughout the Saints locker room, per Cameron Jordan’s Instagram account:

The Saints put up posters and fliers carrying this message from Muhammad Ali in the practice facility, as well as helmet stickers supporting protests against the police shooting of Jacob Blake pic.twitter.com/j8psJ4O5Rp

While the Saints have not joined other NFL teams in canceling practice on Thursday (and do not plan to, per a report from ESPN’s Dianna Russini), this is very much a developing situation in the sports world at large. Stay tuned for updates. 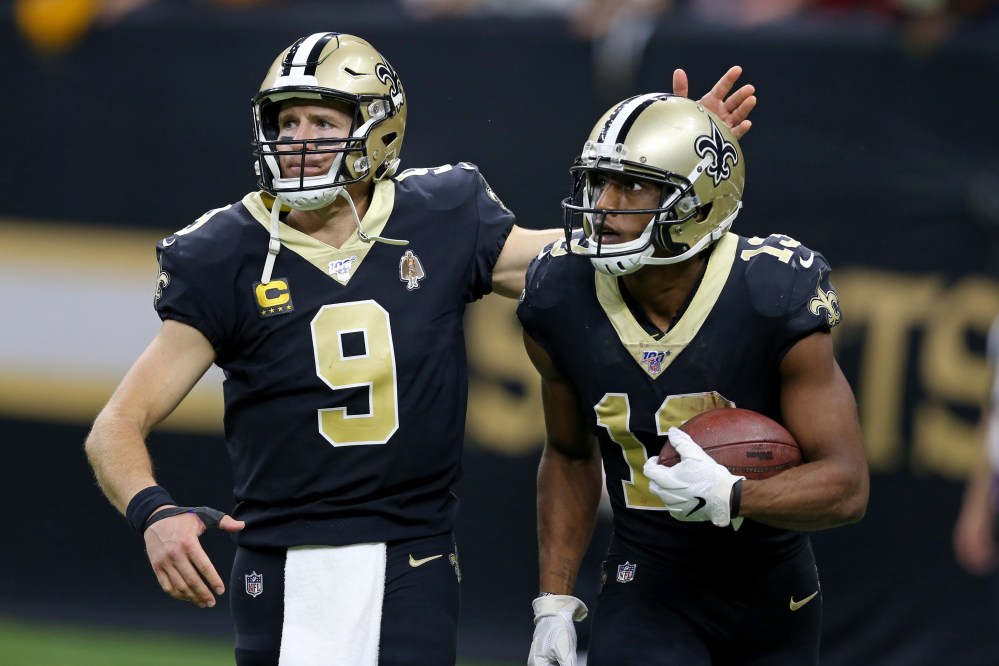