The New Orleans Saints announced that left guard Andrus Peat will not return to Week 11’s game with the Atlanta Falcons after entering NFL concussion protocol. It’s at least the second brain injury reported for him after he suffered a concussion in 2018.

Veteran backup Nick Easton filled in for him at left guard while rookie draft pick Cesar Ruiz remained at right guard. Easton himself missed a few weeks after he was concussed in a game earlier this season. The good news is that he’s played left guard extensively in relief of Peat this year already, logging 121 snaps there while lining up at right guard on 173 plays going into Sunday’s matchup.

Several Saints players have dealt with concussions recently, including Easton; tight end Josh Hill was ruled out for this Falcons game while remaining in league protocol after exiting last week’s contest with a brain injury. Wide receiver Tre’Quan Smith also stepped out with a concussion, though he was able to return. These injuries are always different and there’s no way of knowing when the Saints will have all hands back on deck. 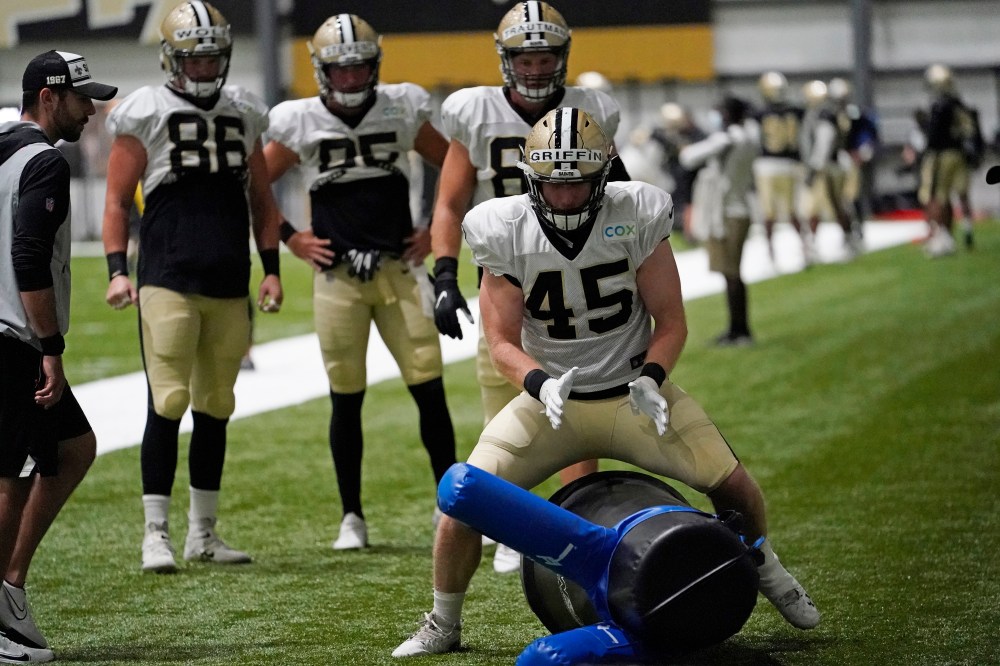