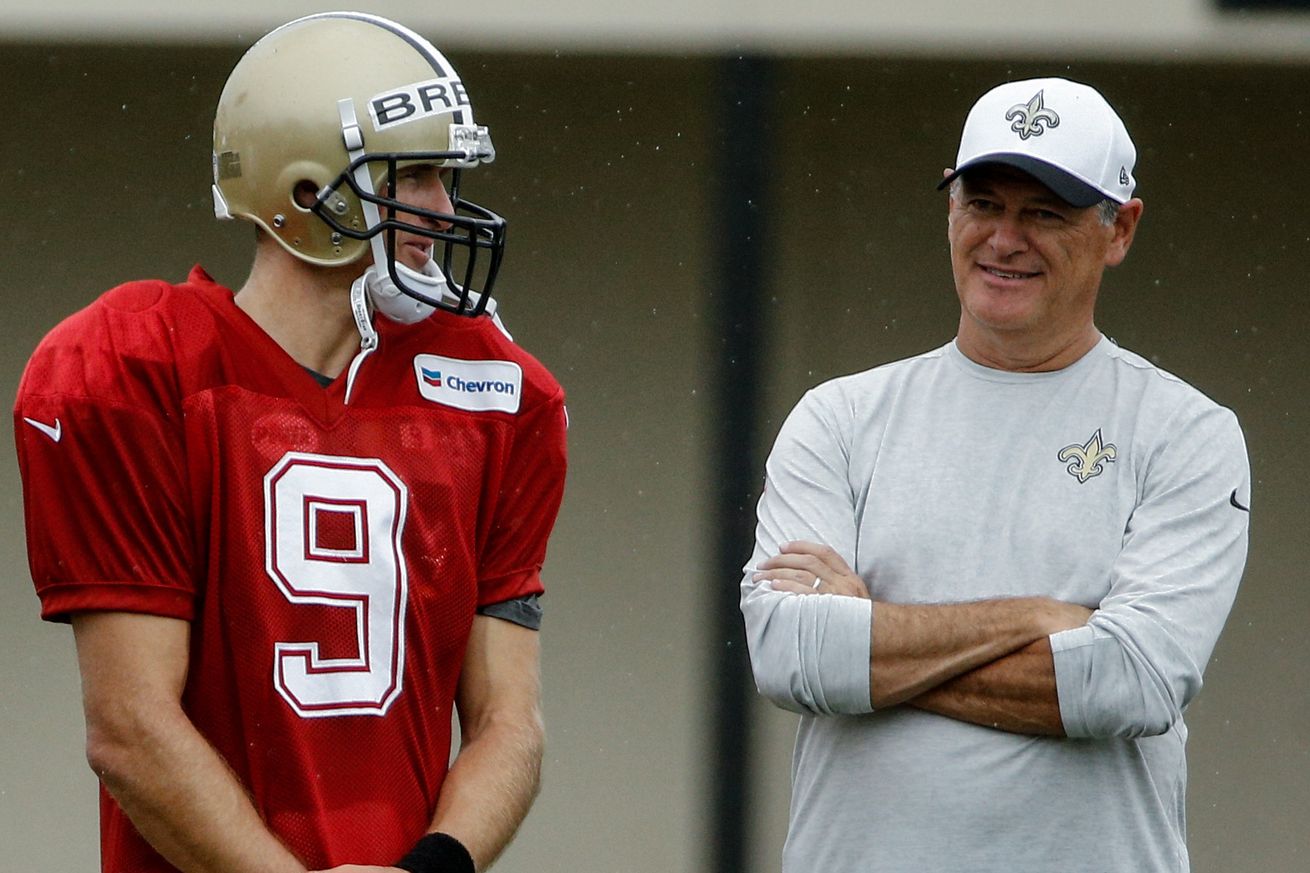 With the additions made thus far into free agency, the Saints have supplanted themselves as arguably the most complete team in the league.

Name a weakness, I dare you.

Inexperience in the secondary? The Jenkins duo of Malcolm and Janoris will bring the young guys along.

There really aren’t many areas on this Saints roster you can’t get excited about.

I reckon you could argue there’s a slight hole at linebacker behind Demario Davis, but when Alex Anzalone and Kiko Alonso are healthy, they’re above-average players.

Considering Dennis Allen deploys a nickel defense (five defensive backs, two linebackers) on over 60 percent of their snaps and Base personnel on only 16.5 percent, they really only need one of them to stay healthy all year. They can patchwork the SAM linebacker spot and get by.

That’s more of a luxury. The second receiver spot was a glaring need, and they filled it with flying colors.

With their cap situation entering free agency, it seemed like the Saints would be limited in their options in free agency. But if you really follow the Saints closely, you knew that wasn’t the case.

General Manager Mickey Loomis and Vice President Khai Harley have restructured, backloaded and added void years to so many contracts it’s hard to keep track of it all. But what it’s done is provide temporary cap relief and allowed the Saints to chase free agents to fill needs, while still keeping pieces like Janoris Jenkins, Andrus Peat, Kiko Alonso and obviously Drew Brees in place.

This study by PFF’s Kevin Cole displays the wins added above replacement by moves in free agency thus far. Notice how most of the teams near the bottom had winning records last year, while the teams at the top mainly had losing records.

This is to be expected, as the bad teams with more cap space typically improve, while the good teams get capped out and miss out on key free agents.

But not the Saints!

The “antics” of their aggressive front office have added them nearly two wins above replacement thus far into free agency. Keep in mind, the Saints went 13-3 last year.

That’s about as successful an offseason we could’ve hoped for, and they aren’t even done yet.

Over The Cap has the Saints listed with just above $9 million in cap space, currently. And they still have players with contracts they can restructure.

Larry Warford is another candidate to attempt an extension/restructure to free up cap space for the #Saints. Currently a cap hit of almost $13M on the final year of his deal. An extension could convert some of his base to a signing bonus and free up another ~$5M or so in 2020. https://t.co/CU8cUUNmGt

Just imagine if they add another linebacker, or more depth at corner/receiver. They’re gonna mess around and add more wins above replacement than the Saints are capable of winning in a 16-game season!

The Saints offense averaged the sixth-most yards per play last season, despite playing nearly six games without Brees. They were fourth in estimated points added (EPA) per play (0.058), behind the Ravens, Cowboys and Chiefs.

By all accounts, Emmanuel Sanders looks to bring an aspect to the offense that will make them more effective altogether. If you’d like to see a more in-depth examination of his fit within the Saints’ offense, check out this piece.

Before Sanders was traded to San Francisco, the Niners offense ranked 16th in the league in EPA per play, at -0.010. In weeks 8-17 after he was traded there, they ranked sixth at 0.072 EPA per play.

With a healthy Brees returning to a souped-up offense that has either the same pieces in place as last year or an upgrade at every position, I’d expect that EPA number to rise.

Nola’s defense was 16th in EPA per play allowed in 2019, at -0.031. Upgrading from a coverage standpoint with Malcolm Jenkins and Janoris Jenkins should help in that aspect. And we already know about the run defense, ranking third in rush yards allowed and T-12th in yards per carry allowed in 2019.

Not to mention, giving Chauncey Gardner-Johnson more snaps at slot as opposed to P.J. Williams, who allowed seven touchdowns last year, should improve their slot play.

And if Anzalone can stay on the field, he presents a clear upgrade over AJ Klein, as I explained in this article.

AND, as far as we know Sheldon Rankins should be healthy entering the 2020 season, bolstering an already good D line.

There is no team you can say clearly has a better overall roster and depth than the Saints, at the moment. There’s an argument to be made for the Ravens, 49ers and Chiefs.

The Ravens are coming off of a season where they held the league’s best regular season record and were led by the NFL MVP. They do, however, have holes at linebacker and have no clear-cut no. 1 receiver.

The 49ers are fresh off of a Super Bowl appearance and are solid at pretty much every position, except the most important one: quarterback. Jimmy Garoppolo is an average QB who Kyle Shanahan clearly didn’t trust to air it out in the playoffs. They also need more receiver depth behind Deebo Samuel, even though they boast arguably the best tight end in football, in George Kittle.

The reigning Super Bowl champion Chiefs’ resume speaks for itself. You can definitely make the argument they’re the best team in the league, due to the arm of one guy: Patrick Mahomes.

They have the best player in the league at the most important position, which you’d obviously take any day. However, they clearly don’t have the depth and value at every position defensively that the Saints do.

The Saints’ offseason theme seems like a broken record at this point.

“The Saints are in win-now mode.”

“Drew Brees is chasing that second ring so he can go out on top.”

“One last ride for Drew Brees.”

It’s been three years of contending, but coming up short. So, Loomis and company are continuing to go all-out to put the best possible team around Brees, and you love to see it.

Whether or not Brees comes back next year, it’s hard to feel any better about his supporting cast at this point.