The Saints are looking to carve out some cap space. The organization reworked the contract of cornerback Patrick Robinson, reports ESPN’s Field Yates (via Twitter). 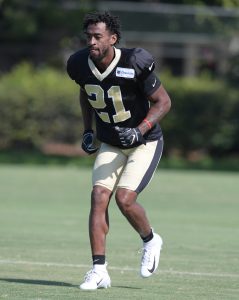 As Katherine Terrell of The Athletic tweets, this move doesn’t come as much of a surprise, as the Saints weren’t going to dedicate a $6.15MM cap number to a backup. The front office made a somewhat similar move earlier this evening when they restructured Kiko Alonso‘s contract.

Robinson, a 2010 first-rounder, spent the first five seasons of his career with the Saints, but he’s bounced around since leaving in 2014. Between 2015 and 2017, the defensive back had stints with the Chargers, Colts, and Eagles.

He landed back in New Orleans in 2018, but he’s been limited to only 14 games over the past two seasons. His 2018 season was derailed by a broken ankle, and he managed to compile 16 tackles and two passes defended in 11 games this past season.