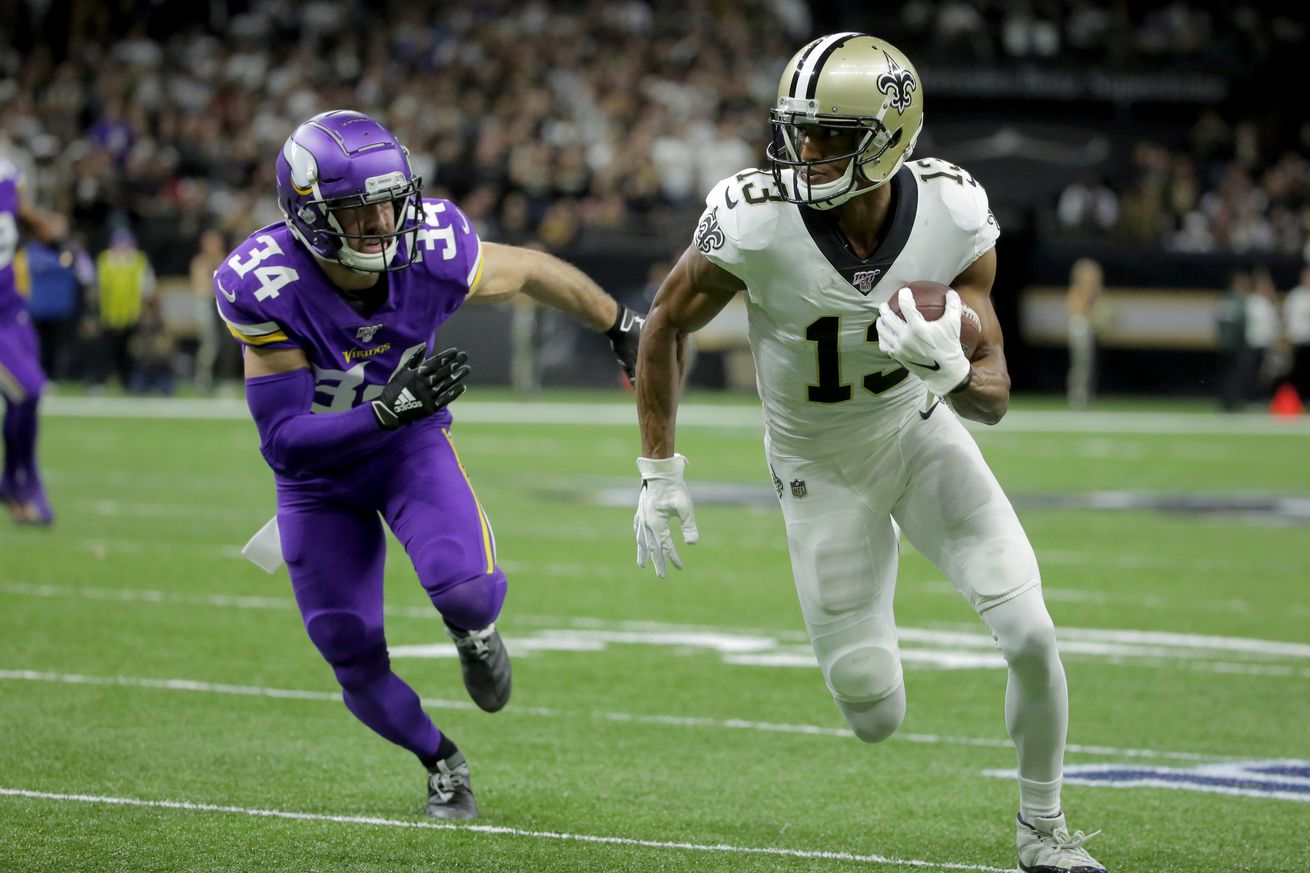 The Saints appear to be looking to make a move in free agency, but for whom remains to be seen

With free agency underway, the Saints have been active — but not in the way many fans were hoping for. After restructuring the contracts of Patrick Robinson and Kiko Alonso on Tuesday, the Saints did a more work on Wednesday with the deal of Michael Thomas and Terron Armstead, the third and second highest cap hits in 2020, respectively.

According to NewOrleans.football’s Nick Underhill, the move was done to create cap space for this season, meaning that the Saints have their eyes on someone. Whether that be via free agency or trade remains to be seen. This isn’t surprising, given that Thomas and Armstead’s contracts were made to be manipulated, but there’s another big money deal looming large in 2020.

The Saints have restructured Michael Thomas and Terron Armstead’s contracts to open up more cap space, according to a source. Janoris Jenkins’ deal remains unchanged but that could happen down the road if additional space is needed

As Underhill notes, the Janoris Jenkins contract may be next up on the docket. Jenkins is slated to make $10.15 million in 2020 due to the insanely backloaded contract he signed with the Giants.

With a lot of players at positions of need off the table, including Cory Littleton, Chris Harris, Byron Jones and Joe Schobert, it’s likely the Saints are targeting someone via trade. A reunion with Malcolm Jenkins is apparently in the cards, but the Saints will need to do something else to make this new bevy of cap space worthwhile.

It’s well-known by now that when it comes to the salary cap, Mickey Loomis has his own calculus. There’s been a lot of buzz from Saints players around Darius Slay, who’s due to make a hefty $10 million this year from the Lions. Taking on that contract could be a challenge, and with the Lions adding Jamie Collins they may be loathe to part with Slay at this point.

Slay addresses a position of need for the Saints, who are in win-now-at-all costs mode. He would make a lot of sense for them, and with few enticing players remaining in free agency, at this point it may just be a question of what the Lions want in return.

Details for both restructures have been reported.

It will be interesting to see how much of this newly-created cap space was used for Malcolm Jenkins and how much, if any, they have remaining for additional free agent acquisitions. Stay tuned.