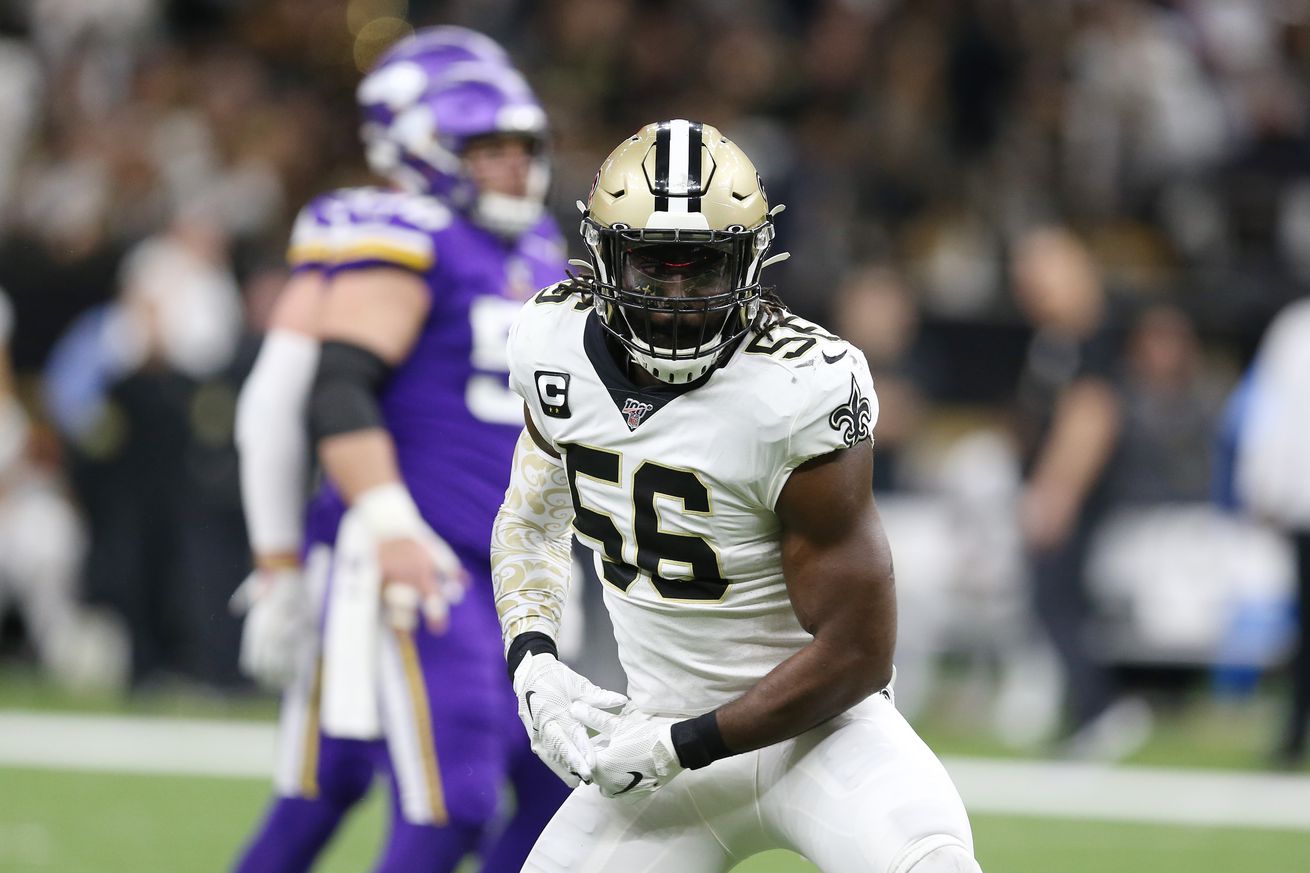 The deal, reported on the Saints’ Week 1 broadcast vs. the Buccaneers, was apparently finalized Saturday night

In a move that was news to everyone except for apparently Erin Andrews, the Saints finalized a three-year extension with All-Pro linebacker Demario Davis on Saturday night leading into the Saints’ Week 1 matchup with the Buccaneers. The news was reported during the broadcast of the Saints’ Week 1 game on Fox by Andrews.

Per ESPN’s MIke Triplett, the deal will be three years for $27 million, with $18 million guaranteed. Ultimately, the contract is a massive win for the Saints, and it may be one of the last major ones Davis, 31, ends up receiving. He’s earned every cent from the Saints, with the relationship being nothing but positive for both sides thus far.

Per source, Saints LB Demario Davis signed a three-year extension for $27 million with $18 million guaranteed. What a huge free-agent win he has been for the Saints.

Davis was one of the Saints’ major upcoming unrestricted free agents next offseason, and signing him was clearly a priority. Since joining the Saints in 2018, Davis has logged 121 tackles and nine sacks.

Davis has been one of the keys to the Saints’ defensive excellence the past two seasons, and it was assumed the Saints would be giving him a deal. The Saints continue to navigate a tumultuous salary cap situation heading into next year after signing Alvin Kamara to a major extension this weekend as well, and negotiations are undoubtedly ongoing with his fellow 2017 draftees Ryan Ramczyk and Marshon Lattimore.