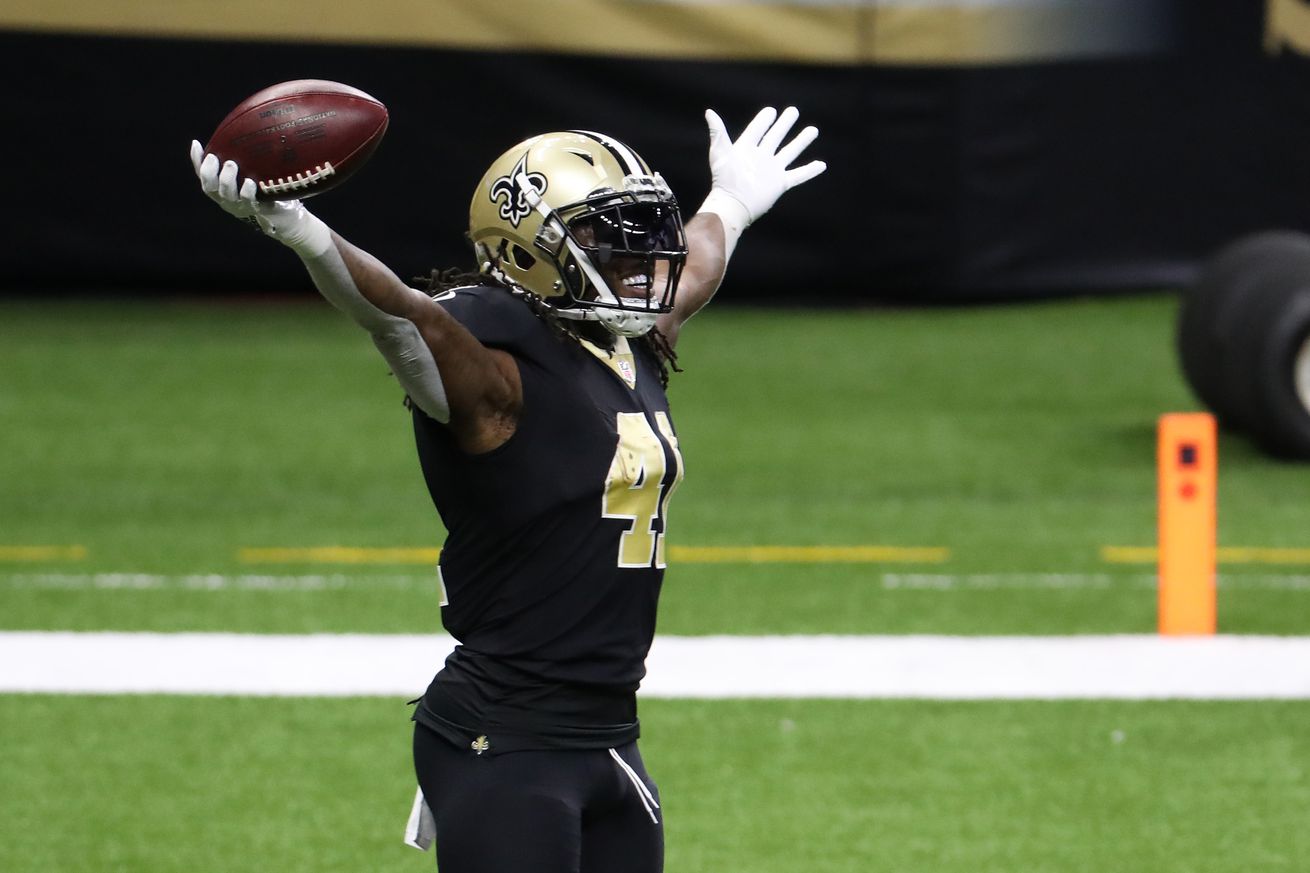 Your one-stop shop for all major NFL power rankings.

Week 1 of the 2020 NFL Season is officially in the books! Here are all of the major outlets’ power rankings. So how do the New Orleans Saints rank? (Change from each week will be in parentheses.)

Slim pickings here, since first-round pick Cesar Ruiz was out with an ankle injury and third-rounder Zack Baun was inactive after missing time in training camp with an injury. But Roach, an undrafted rookie from Texas, deserves to be singled out for his solid debut — which included a tackle for loss. He played 23 snaps, which was three more than starting nose tackle Malcolm Brown, while the Saints held Tampa Bay to 86 rushing yards on 26 carries and sacked Tom Brady three times. — Mike Triplett

Glass half-full – they won with almost nothing from (injured) WR Michael Thomas. Glass half-empty – it might be that way for a while.

They showed the Bucs they are still the team to beat in the NFC South. The defense was outstanding against Tom Brady.

The offense wasn’t quite ready to roll in Week 1, but teams as complete as this don’t put all their eggs in one basket. The Saints forced Tom Brady and the Bucs into three turnovers (including a Janoris Jenkins pick-six) and a blocked kick, providing cover for Drew Brees and Co. in a relatively easy win at the Superdome. Brees threw for just 160 yards, and New Orleans’ typically prolific offense was held to 271 total yards. After the game, Sean Payton called it “as bad a game as I’ve had as a play caller … it was awful.” These are rich teams’ problems — lamenting all the failures and shortcomings in the afterglow of a double-digit victory.

Thursday’s matchup between the Houston Texans and Kansas City Chiefs may have kicked off the 2020 season, but Sunday’s Superdome showdown between the Saints and Tampa Bay Buccaneers was the showcase game of Week 1.

Round 1 went to the home team, as the Saints handled the Bucs 34-23 behind an efficient effort on both sides of the ball. Brees threw for only 160 yards, but he tossed two touchdowns and made the plays he needed to. Alvin Kamara lived up to his freshly signed extension, finding the end zone twice.

The real story was the New Orleans defense. The Saints harassed Tom Brady all day, sacking him three times and adding seven QB hits. Cornerback Janoris Jenkins took the second of Brady’s interceptions on the day back for a score.

“The offseason was all about the Buccaneers,” Davenport said. “But once the game started, the Saints made it clear that they remain the team to beat in the NFC South. The Saints don’t have an obvious weakness that opponents can exploit, which makes them tough to beat.”

Tom Brady in the division? No problem. The Saints are loaded and showed they’re still the clear favorites by beating the Buccaneers comfortably.

This was one of my toughest decisions to make, picking between New Orleans and Baltimore for the No. 2 spot. In the end, I went with the Saints. Partly because I had them second going into the season, and they didn’t do anything to deserve being bumped. They also beat a better opponent in Tampa Bay than Baltimore did in Cleveland.